Most of Israel may be on holiday in August, but in Jerusalem

things begin to heat up and not just the weather.

After the three sad weeks leading up to Tisha B’Av, 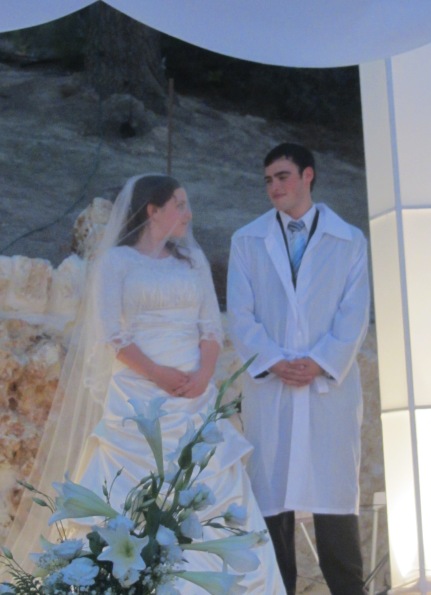 with wedding season and festival time.

During the first week of August, 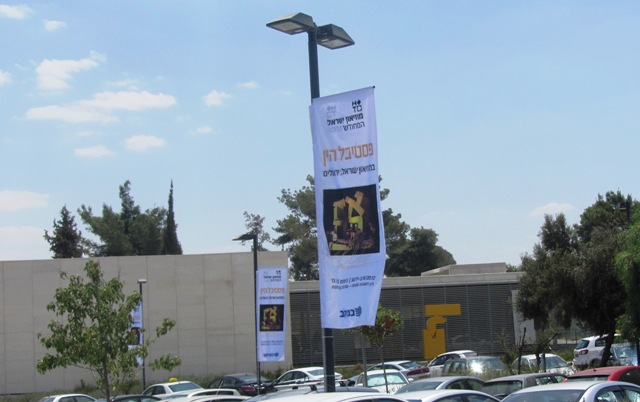 Festivals once again range from, 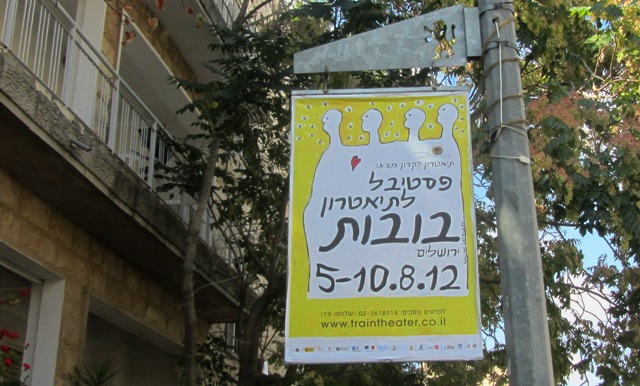 an International Puppet Festival to a beer festival at the end of the month!

Schools are out and summer camps are over,

so it is time once again to keep the kids busy. 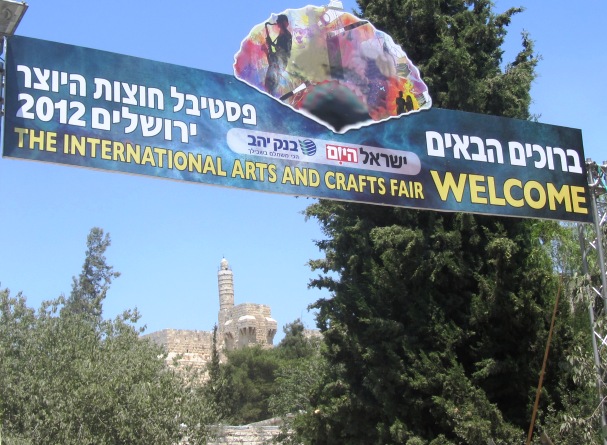 near the Old City in the Sultan’s Pool, with its 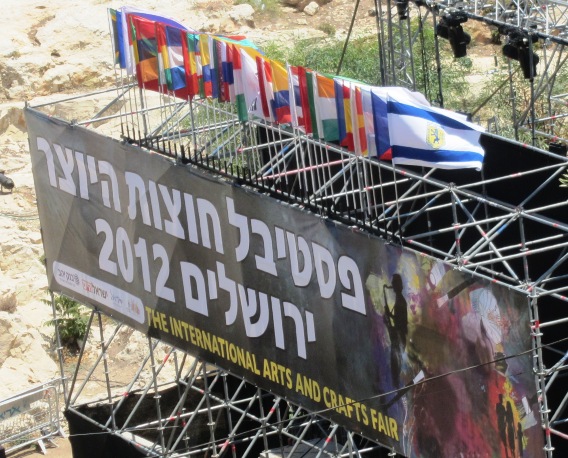 huge stage for nightly entertainment has been held for almost 40 years.

Running from August 6-18 and  similar to recent years, 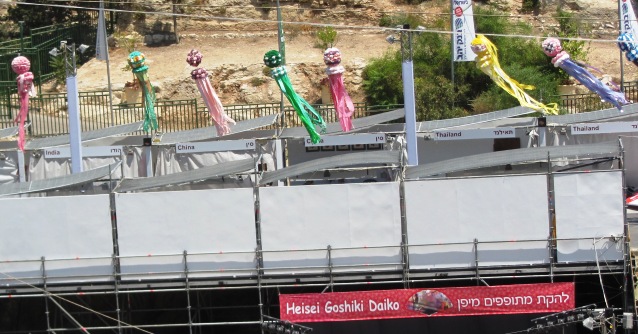 food, local artists’ works and international crafts are for sale.

A relative newcomer to the August festival season is the Balabasta Festival, 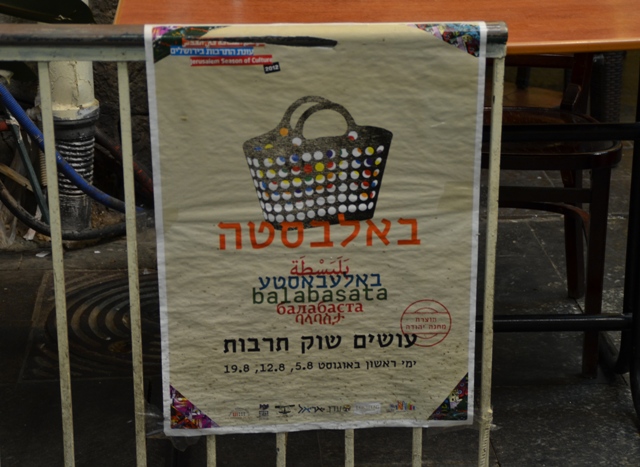 held on Sunday nights in August in Machane Yehuda Market, the shuk. 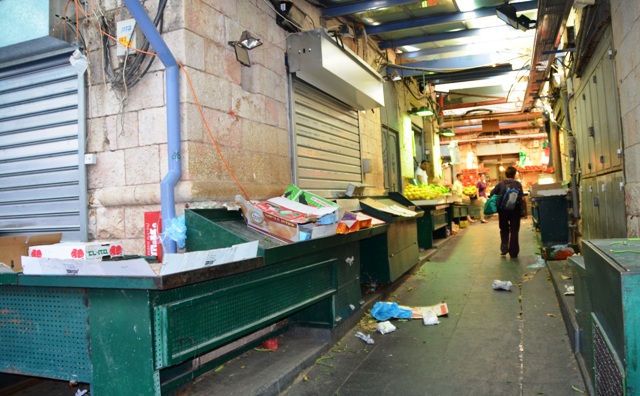 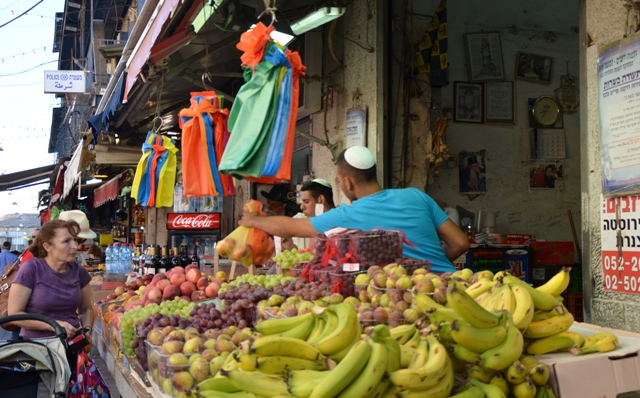 but others were well stocked.

Balabasta seemed more small child-friendly than it was last year, 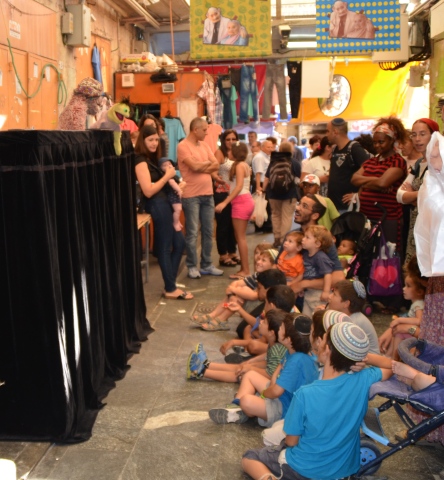 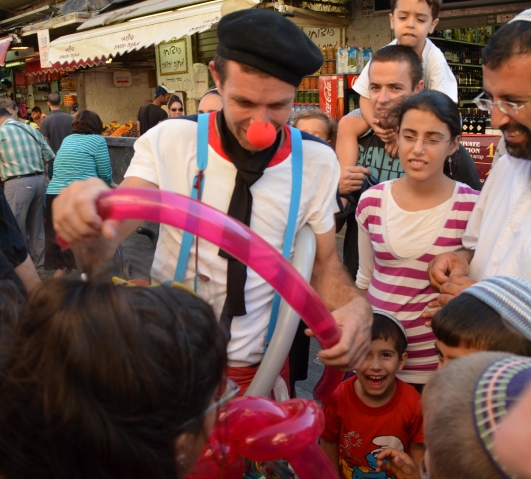 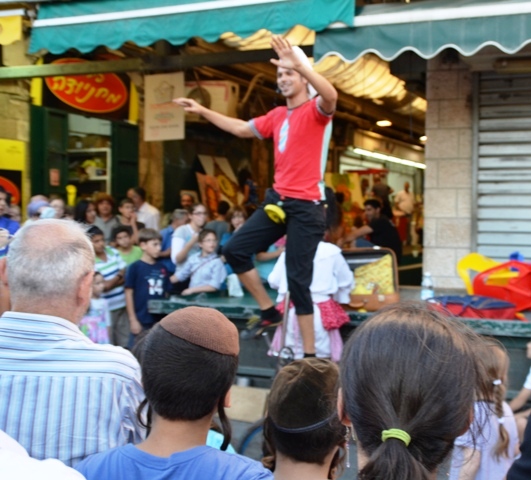 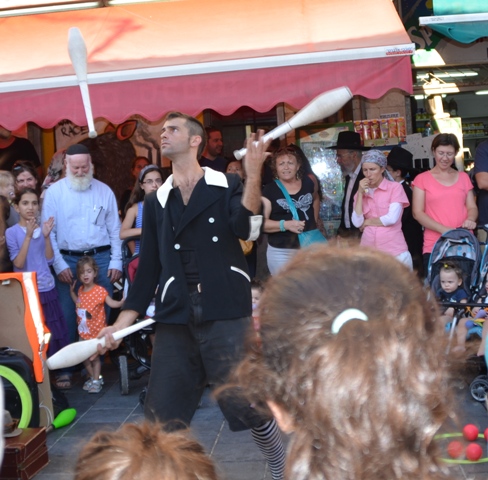 a juggler and a 5:00pm advertised start time. 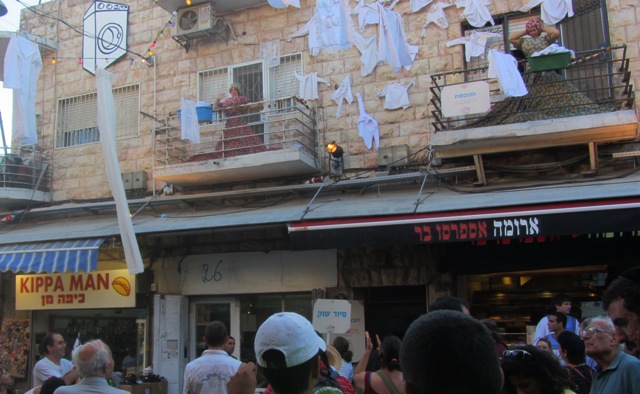 By 6:30 pm, the laundry was hung and the alleyways were getting crowded. 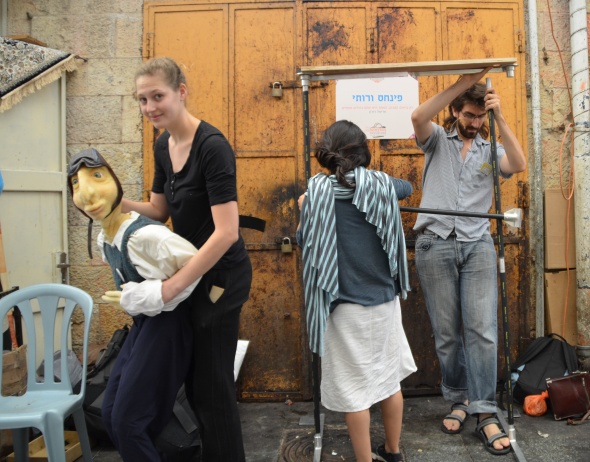 I caught a familiar face from last year 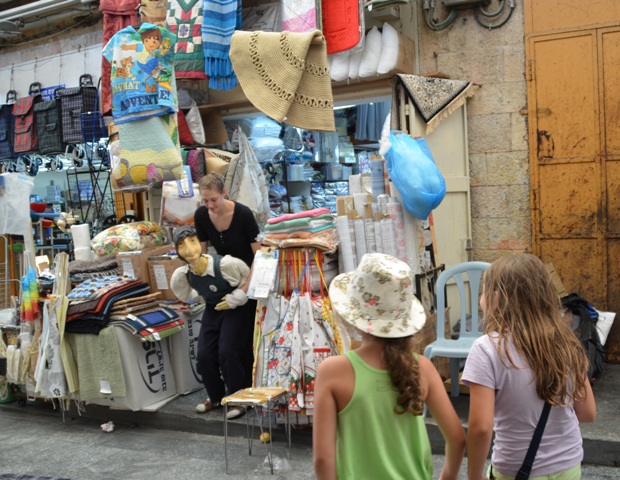 as he was coming out of a store, 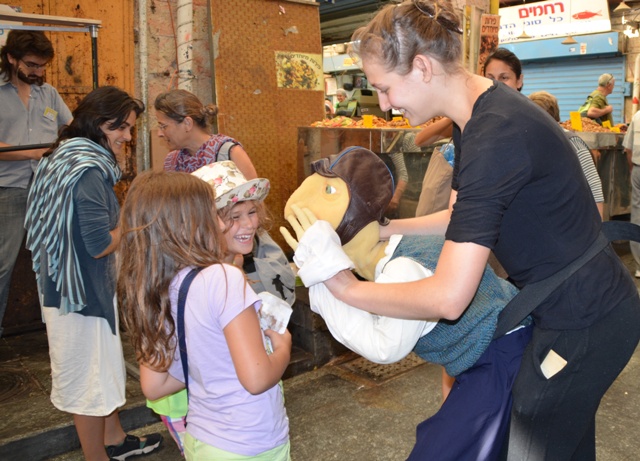 and he quickly gained new fans. 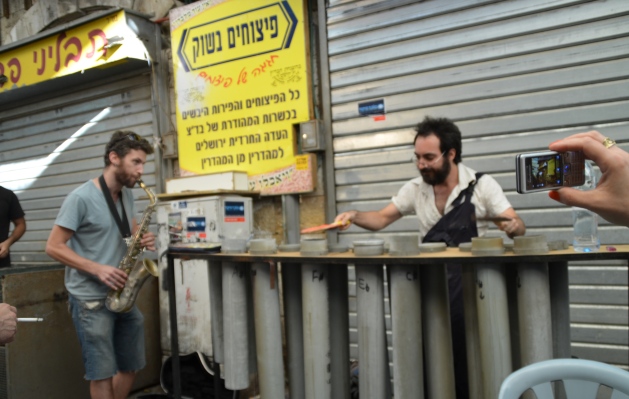 There was music of all kinds 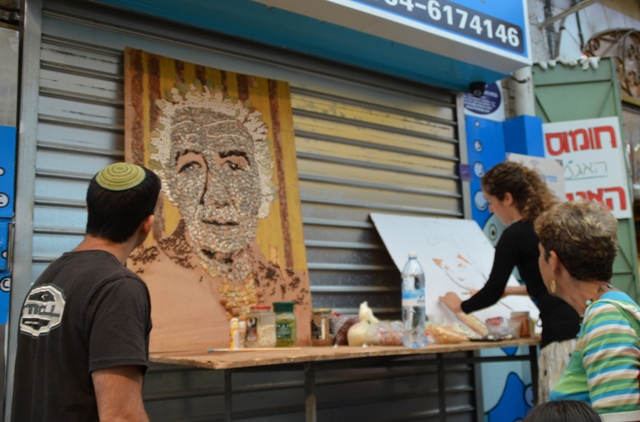 and art of many types, 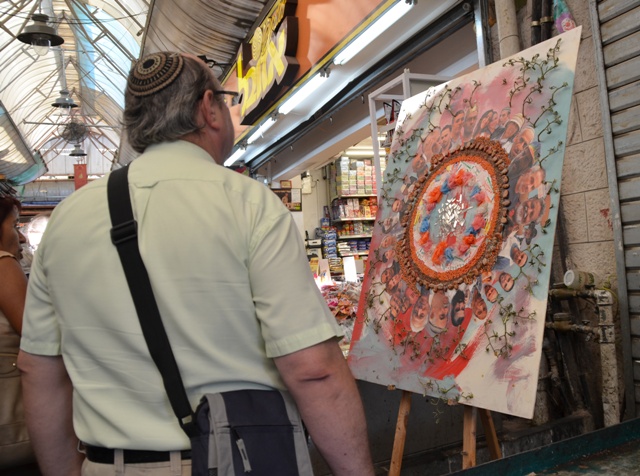 culture in Jerusalem is so varied it can be hard to define,

and to take it all in can be exhausting.

It is probably impossible to attend all the Jerusalem festivals,

but if you want to try, here are a few more  suggestions and

9 thoughts on “Jerusalem: Exhaustion in August”