The International Writers Festival is hosting events all this week

in Mishkenot Sha’ananim, the first community to be built outside the walls

of Jerusalem, perhaps best known for its iconic Montefiore Windmill

which is now undergoing renovation.

This Jewish neighborhood was unsafe and deserted from 1948–1967.

what they know.  What do I know? 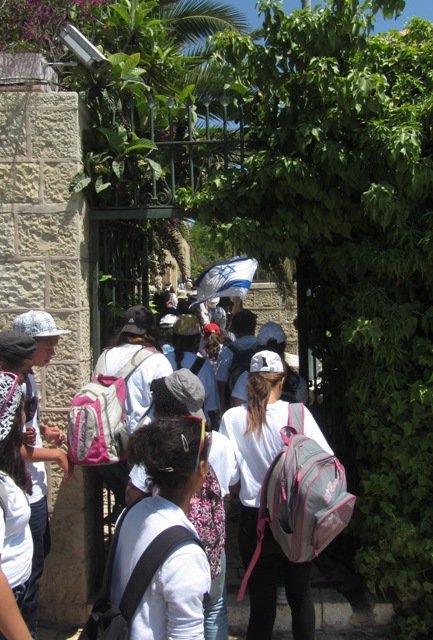 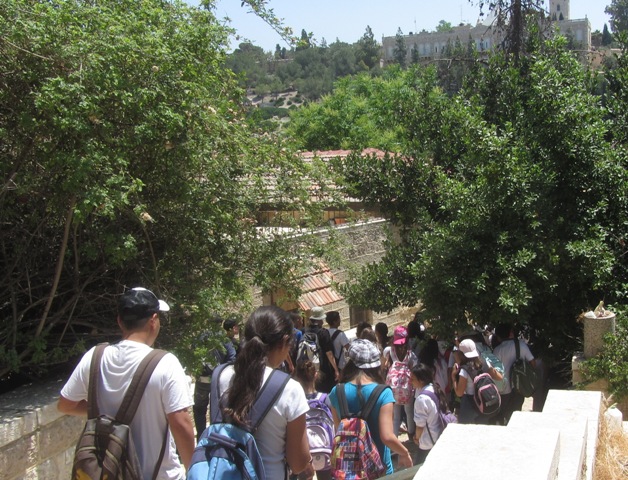 were full of school children. 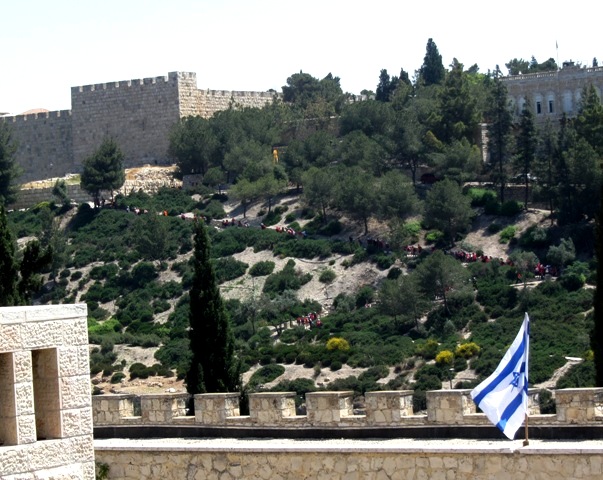 on their way to the Old City.

This week marks 45 years since the reunification of Jerusalem. 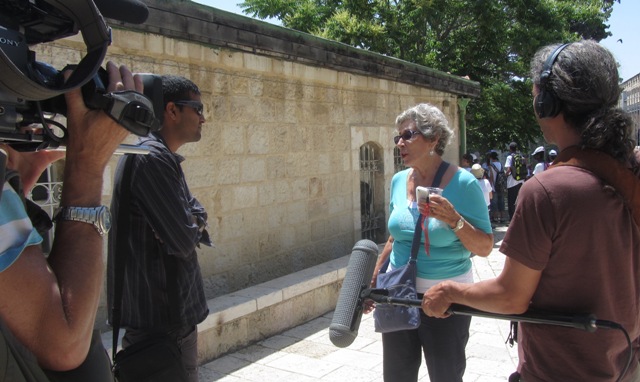 As Channel 1 looked for a story at the Writers Festival, 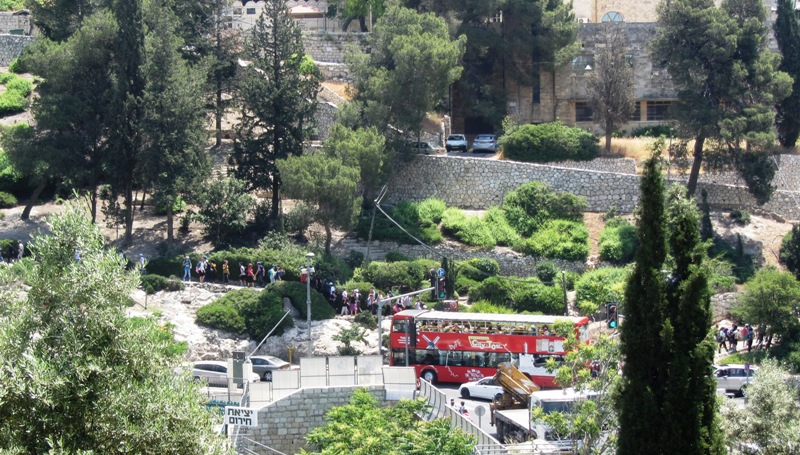 I was amazed by the sight across the valley near the Old City walls. 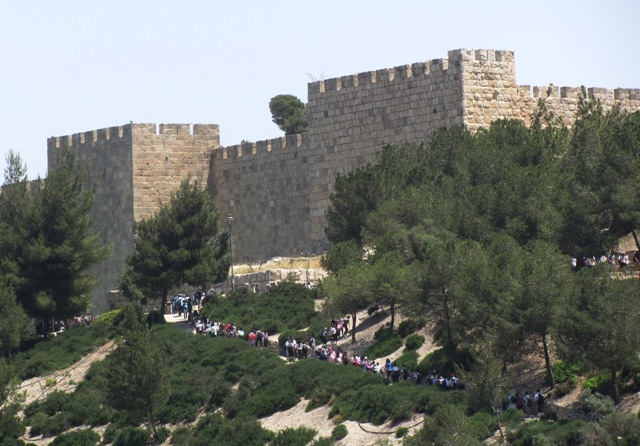 were climbing the path towards the walls of the Old City of Jerusalem.

In 1965 when Jerusalem was divided and under Jordanian rule,

a Jewish person could not get near the Kotel, the Western Wall,

so this photo had to be taken at the edge of No-Man’s Land. 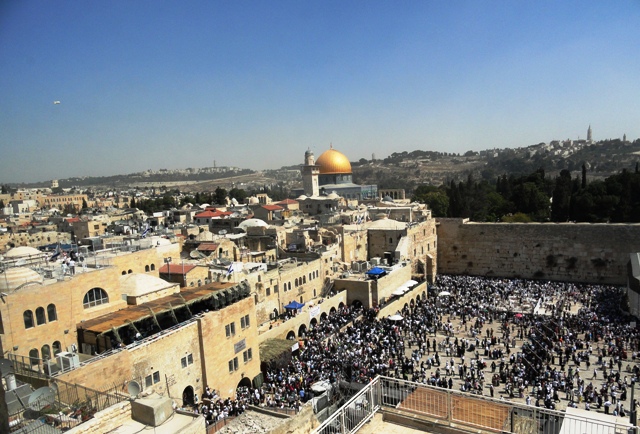 Next week for the Shavuot holiday, tens of thousands

of worshipers will pack the plaza for the break of dawn services. 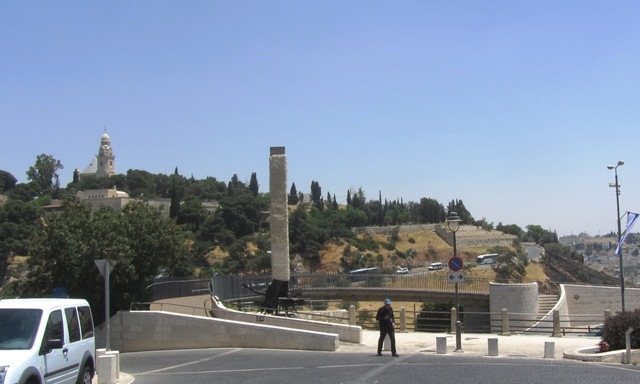 I stood on this pedestrian bridge watching 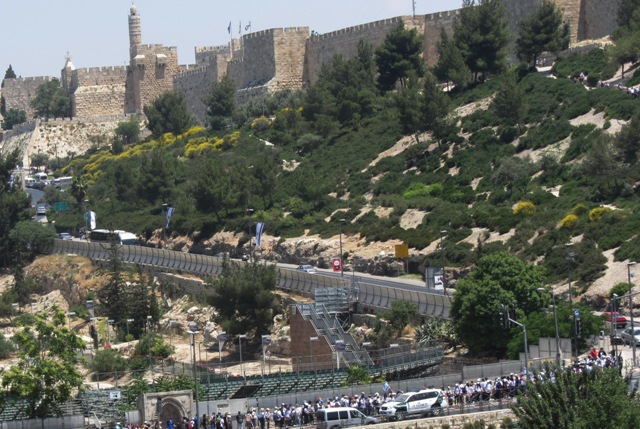 the endless stream of school children walking  on my left. 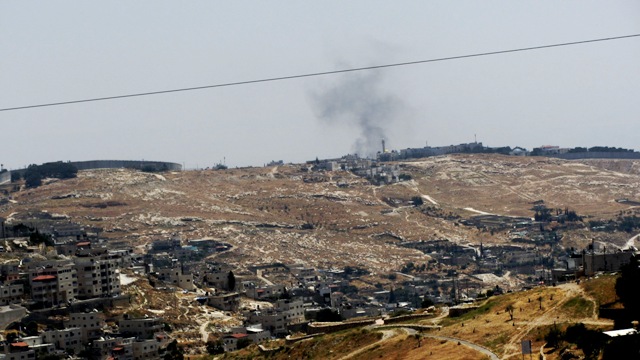 At that very moment, on my right

smoke was rising from Arab neighborhoods.

It was Nakba Day, the “catastrophe” or “disaster” the Arab world

has observed for 64 years because of the establishment of Israel. 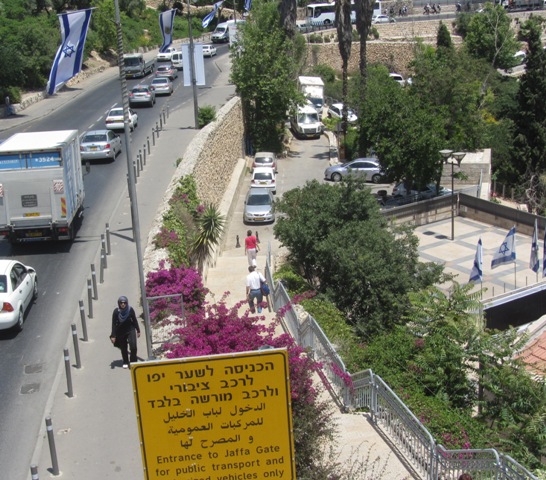 Below, an Arab girl was walking alone 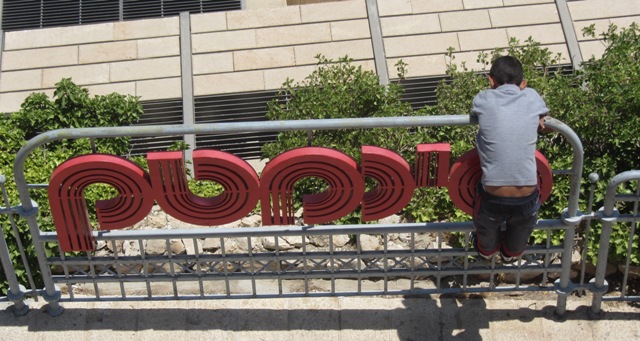 and this Arab boy was hanging around the cinema.

in Ramallah inciting the crowd with charges of “ethnic cleansing”. 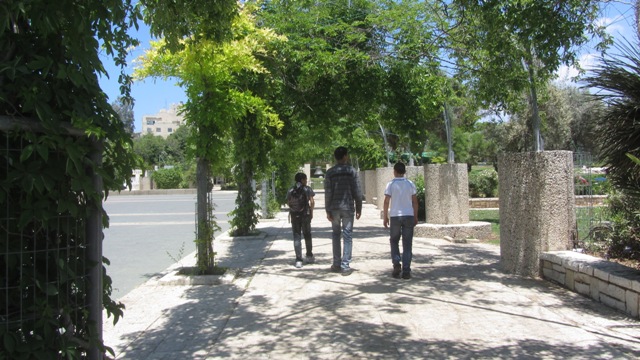 I passed through the Liberty Bell Park 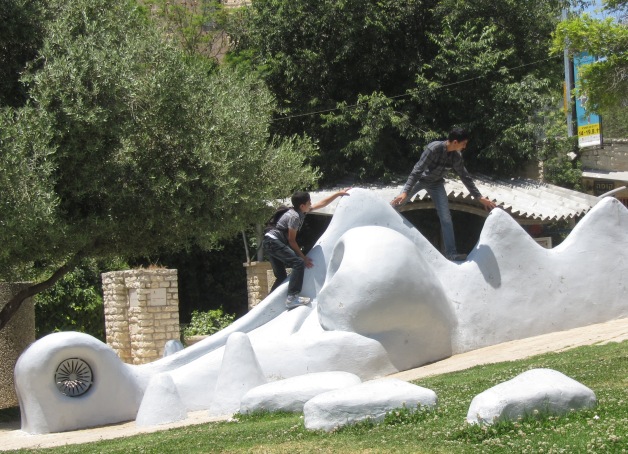 and saw two Arab boys climbing on a sculpture in the gardens. 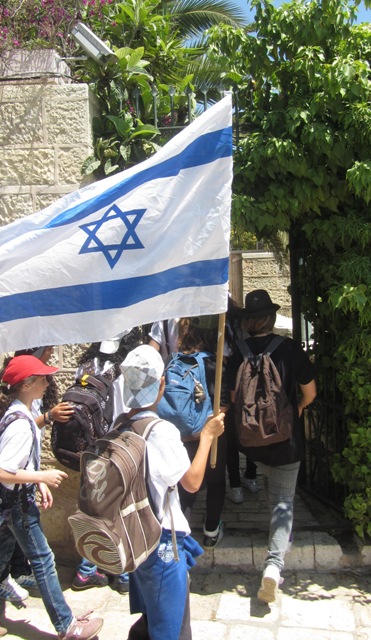 It is not easy to relocate under the best of circumstances,

but my Christian friends from Lebanon did it in America.

My Jewish friends from Egypt, Tunisia, Iran, Iraq and Morocco

lost everything when they were forced from their childhood homes,

but they moved on, and built good lives for themselves and their families.

Yes, there is a Nakba, a disaster and a real tragedy. 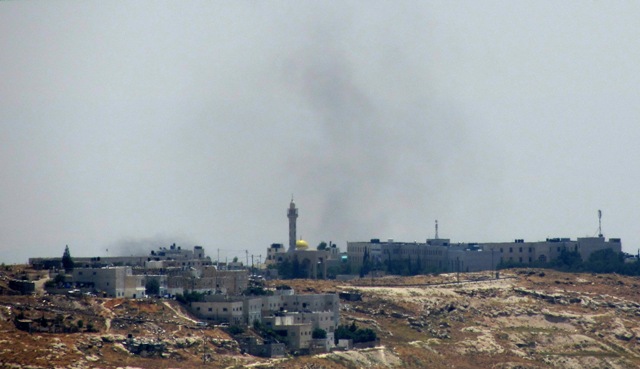 As long as the Arab world continues on its destructive path…

there is indeed a Nakba .