The Jerusalem International Book Fair has been around for 50 years.

The last one held at the Jerusalem International Convention Center

was very impressive,  so it was no surprise to once again see 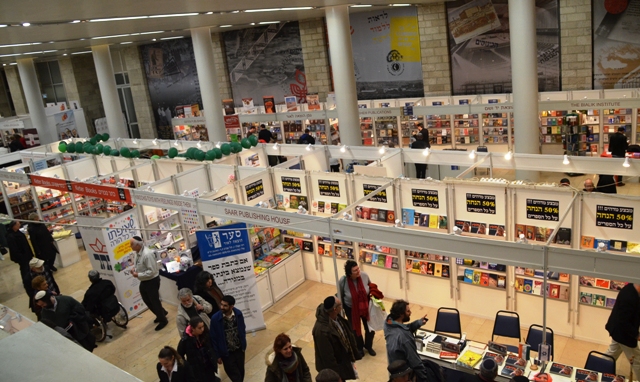 the huge halls filled with books and people. 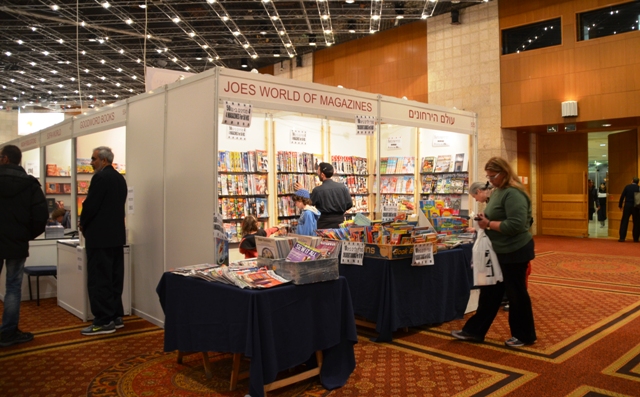 Not just English and Hebrew books, but magazines and digital texts, 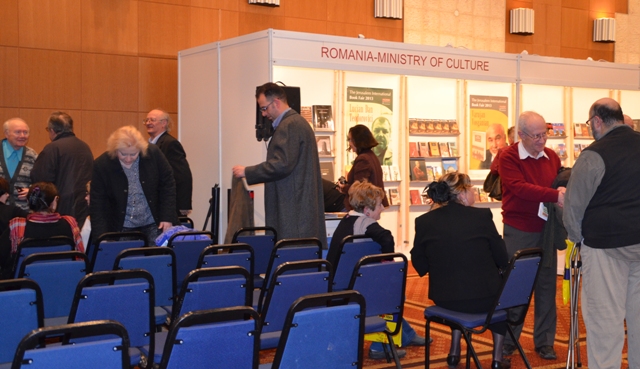 from countries and languages all around the world. 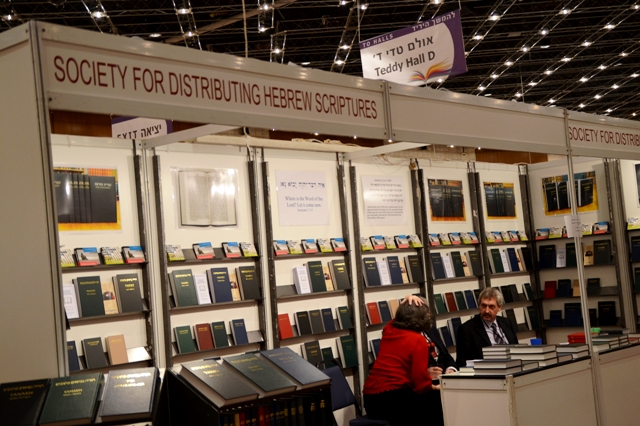 The variety of presenters 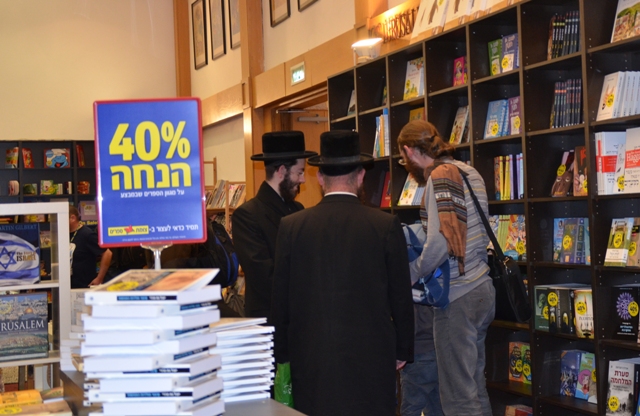 and visitors was, as always, vast and impressive.

And as in the past, there were many literary cafes and lectures,

all open to public and free of charge.

This year the interest in one event stood out from all the rest.

Hundreds of people were not allowed up the stairs 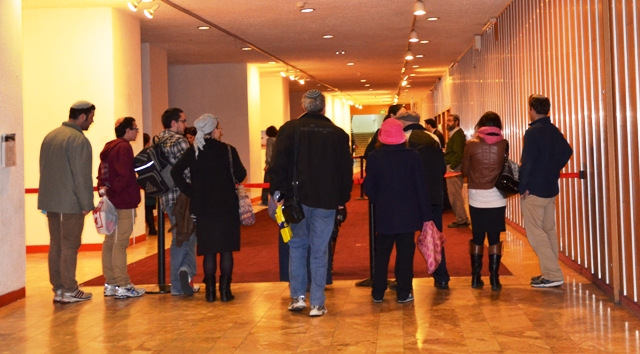 and even a few who did get up were stopped by another red barrier.

If this had been a soccer match or concert, there would have been a riot,

as those who arrived on time were so angry not to be allowed in.

But this event was called “The Leader, The Rabbi and The Professor”

in honor of the publication of “Radical Responsibility:

and Rabbi Dr. Binyamin Lau of Kehillat Ramban in Jerusalem. 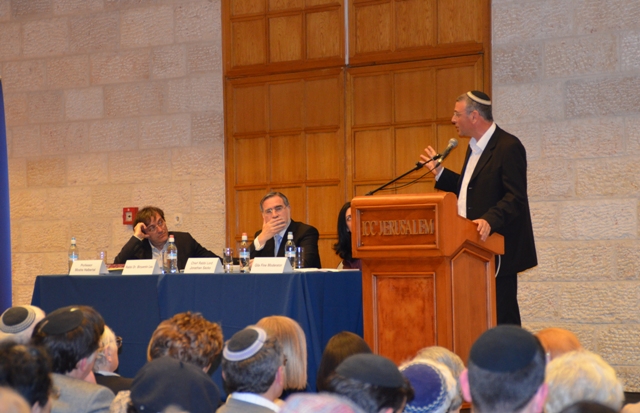 Professor Halbertal, seated on the far left, both of whom spoke in English. 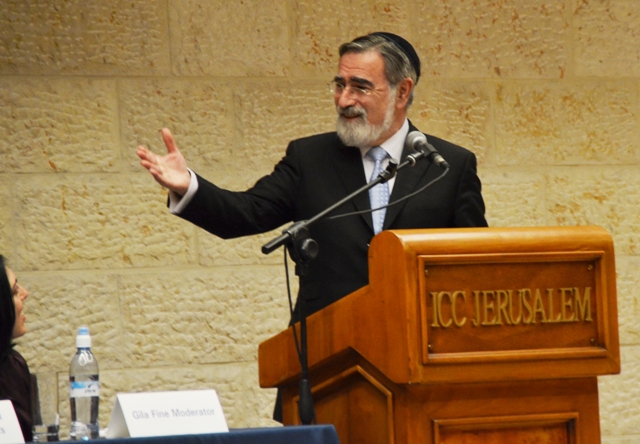 So when Chief Rabbi Jonathan Sacks began in Hebrew,

the crowd was a bit surprised, but he soon switched to English too. 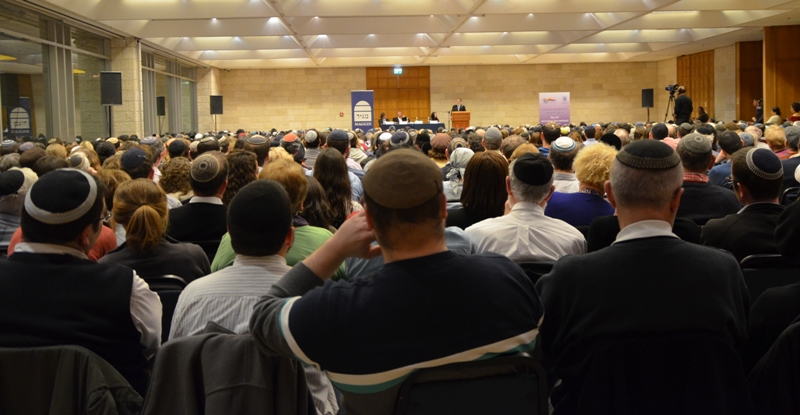 And what a crowd it was, as there was not an empty chair. 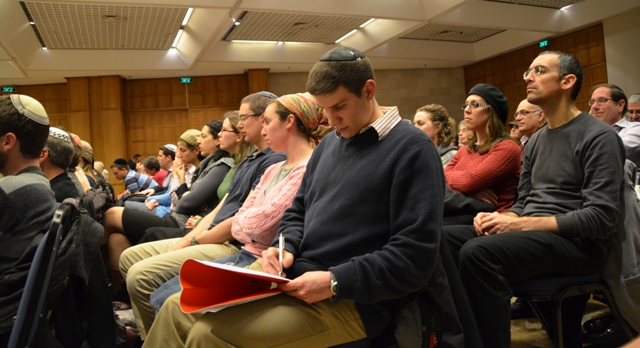 Interesting was the number of young people who came early and got seats. 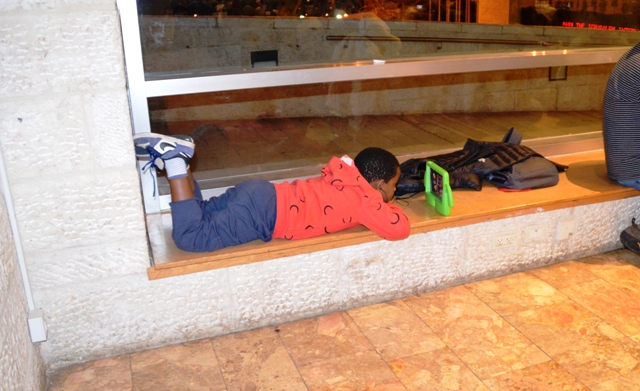 This young man in the back of the room found a comfortable spot,

but did not seem too interested in the speakers and did not stay for long. 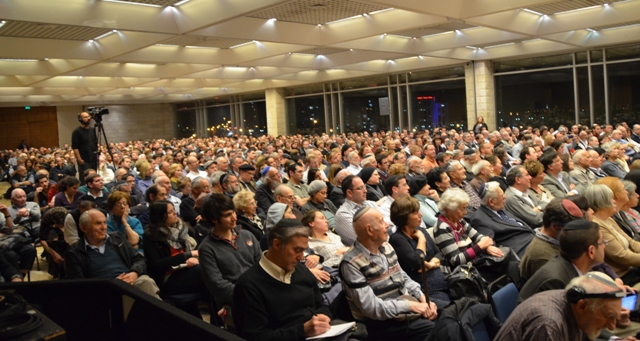 So to my friends who were outside and did not have a press pass to get in:

Look at the sea of people who arrived before you and did get in. 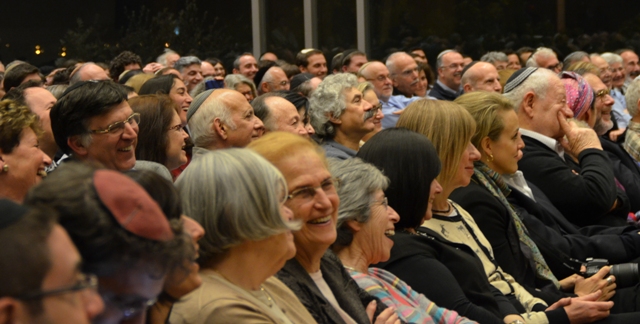 The room was hot and crowded, but

people were smiling and laughing as Rabbi Sacks finished his remarks. 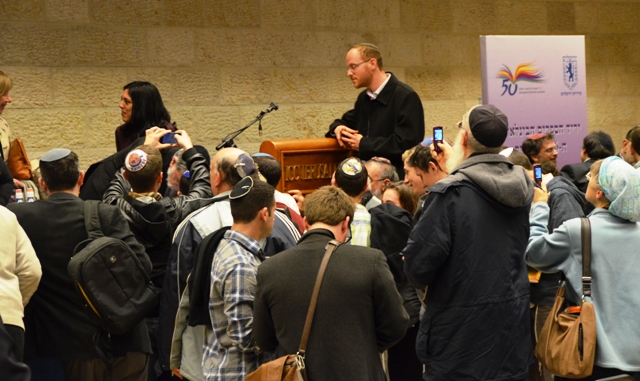 Some in the audience ran out as soon as possible,

but many crowded around to get photos 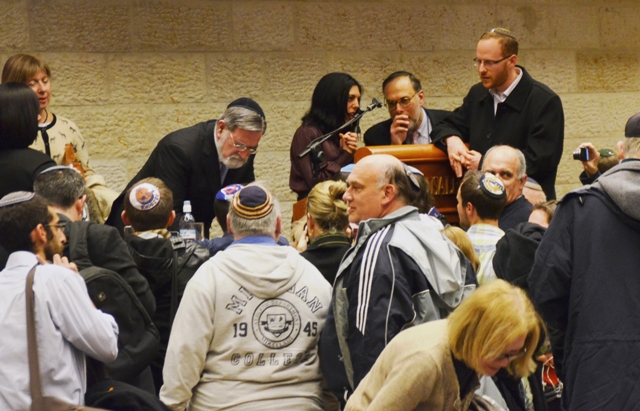 and Rabbi Sacks’ autograph in their newly purchased book. 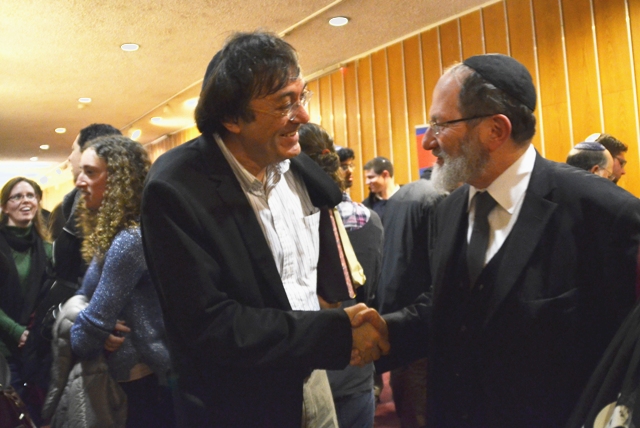 On the way out, Professor Halbertal 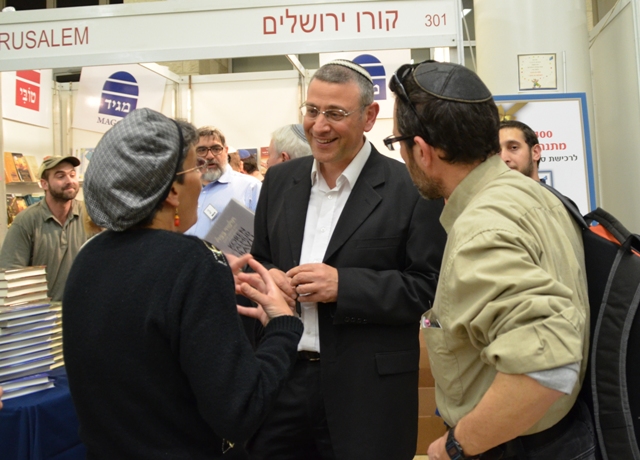 and Rabbi Lau were stopped by well-wishers.

I am not sure if the large crowd came to hear a free lecture,

the Chief Rabbi, Rav Lau or the Professor or all or none of the above. 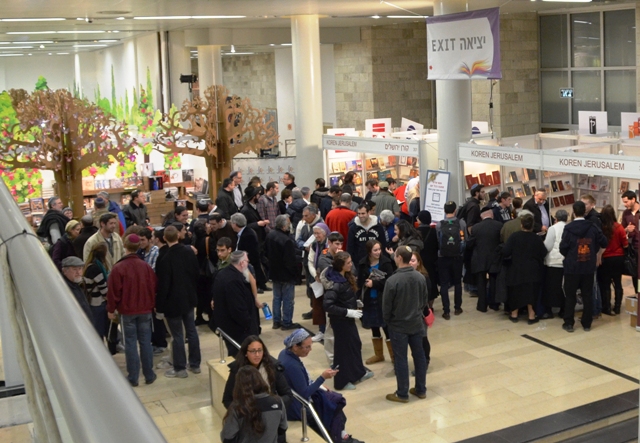 But many of them stood around afterwards and bought books.

So even though many people say that the written word is dead,

books are alive and well and thriving in Jerusalem, Israel.

Was this book launch a major success,

that is still up for debate.

However, for all those denied entry, the video is out and here it is: