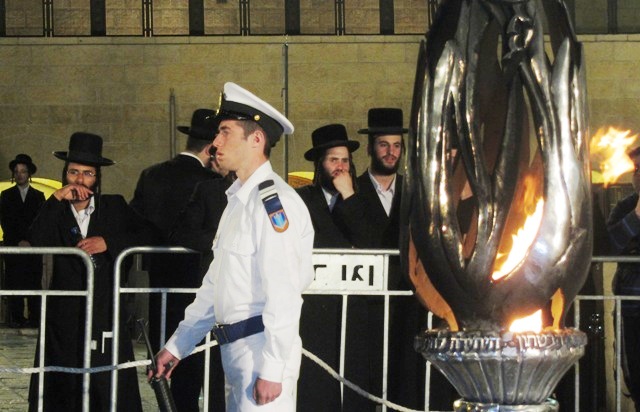 The official opening memorial is held at the Western Wall, the Kotel, each year, with the Israeli President as the main speaker, and the lighting of the memorial flame.

There are numerous community memorials, some led by Scouts and other youth groups. 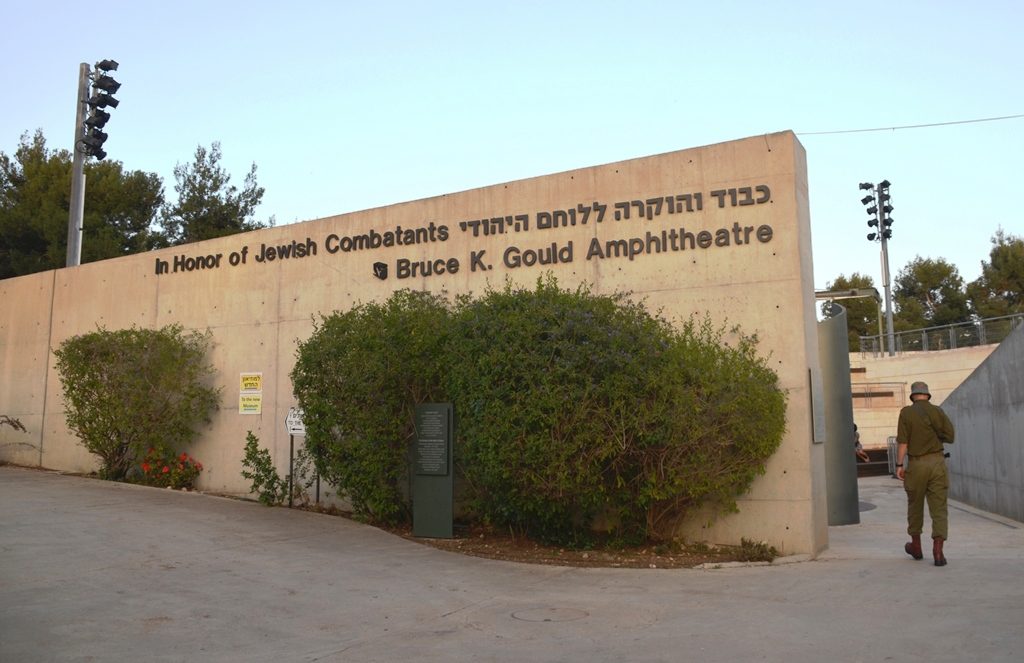 In 1967, Givat Hatachmoshet, Ammunition Hill, was site of an important battle. Today there is a memorial for Jewish soldiers on the memorial site. 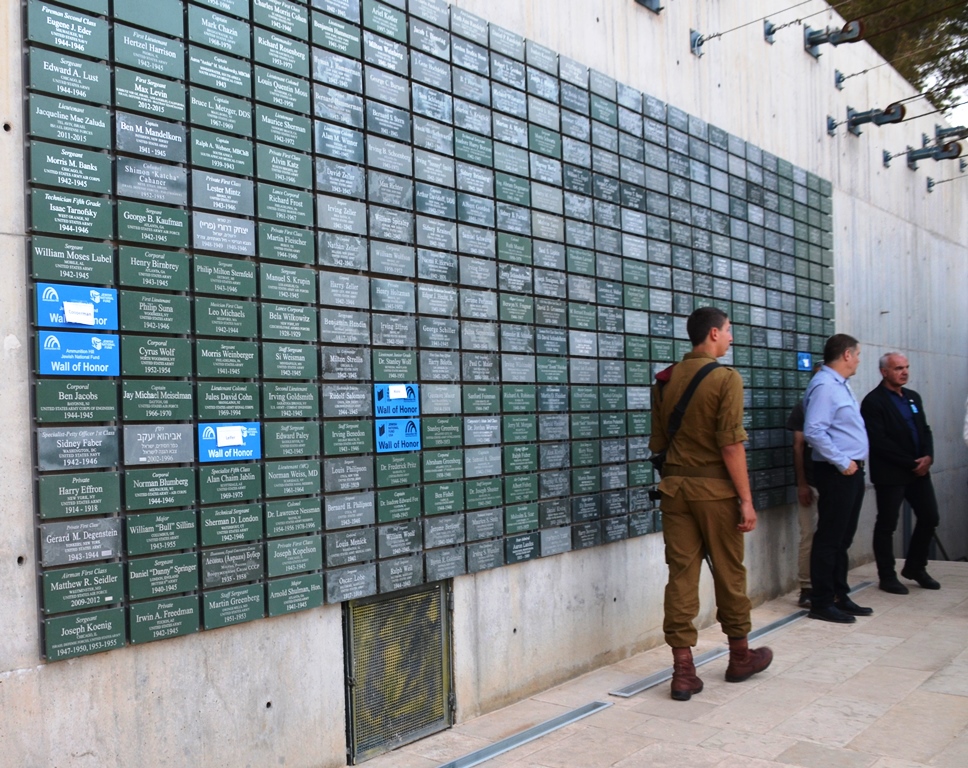 A wall with plaques for fallen Jewish soldiers, from all countries, not only Israel, goes back to 1948, identifying the soldiers by the armies to which they belonged. Since before the establishment of the State of Israel, volunteers have come to defend and fight for a Jewish state. Too many have fallen.

“The Sons We Lost”  was the theme of the memorial ceremony held by the Lone Solider Center in memory of Michael Levin at Givat Hatachmoshet. 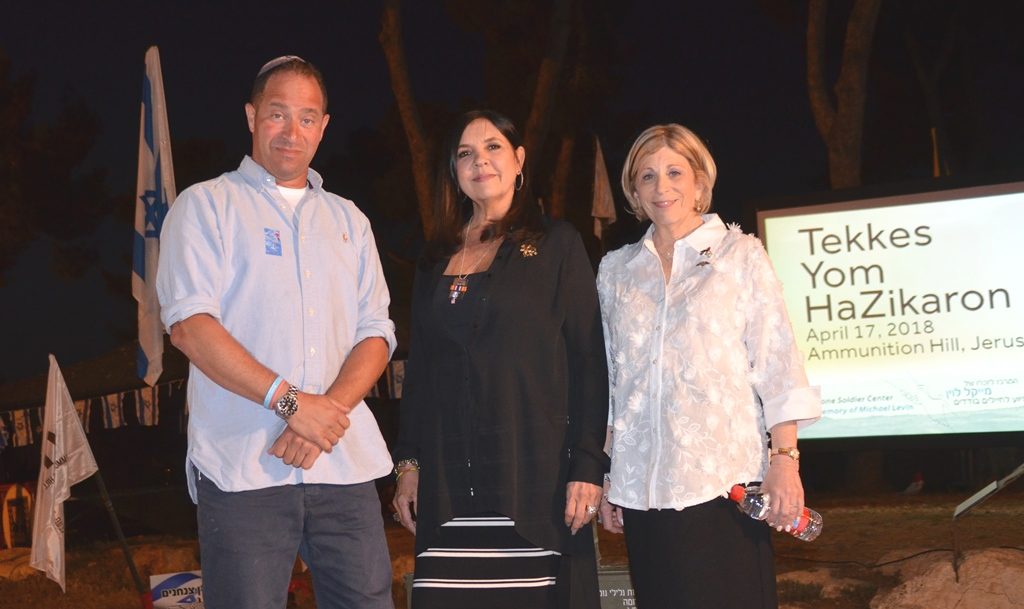 Harriet Levin, mother of Michael z”l (right), Evie Steinberg, mother of Max z”l, and Tuvia Book who spoke for the family of Alex Singer z”l, were the main speakers. Such wonderful young men were lost. But each of their families have dedicated themselves to continuing the dedication of their fallen heroes, each in their own way.

Yom HaZikaron starts at night with the wail of a siren. 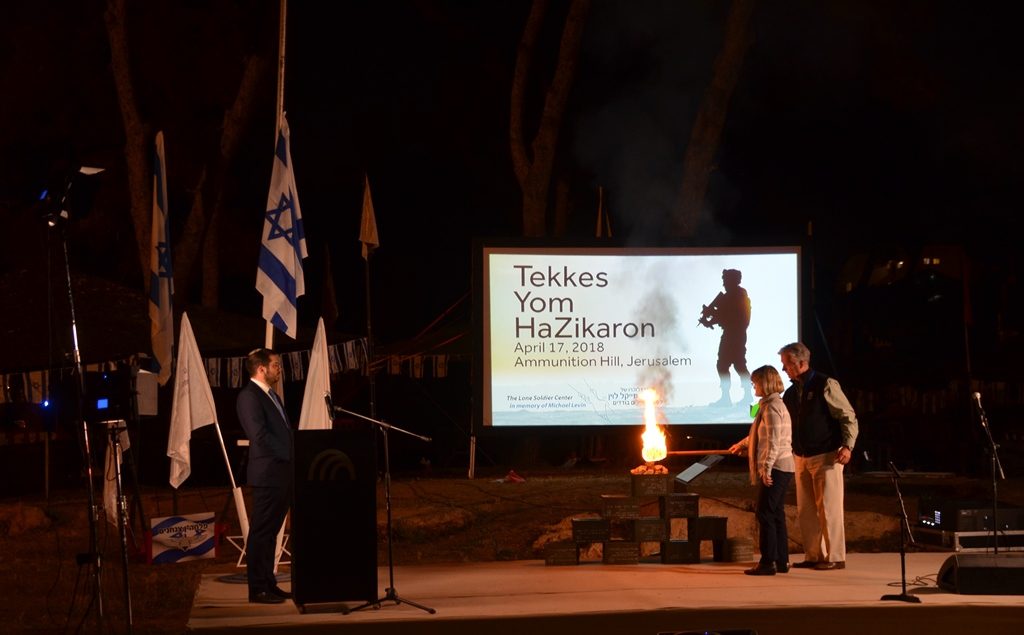 Memorial torches are lit throughout Israel. 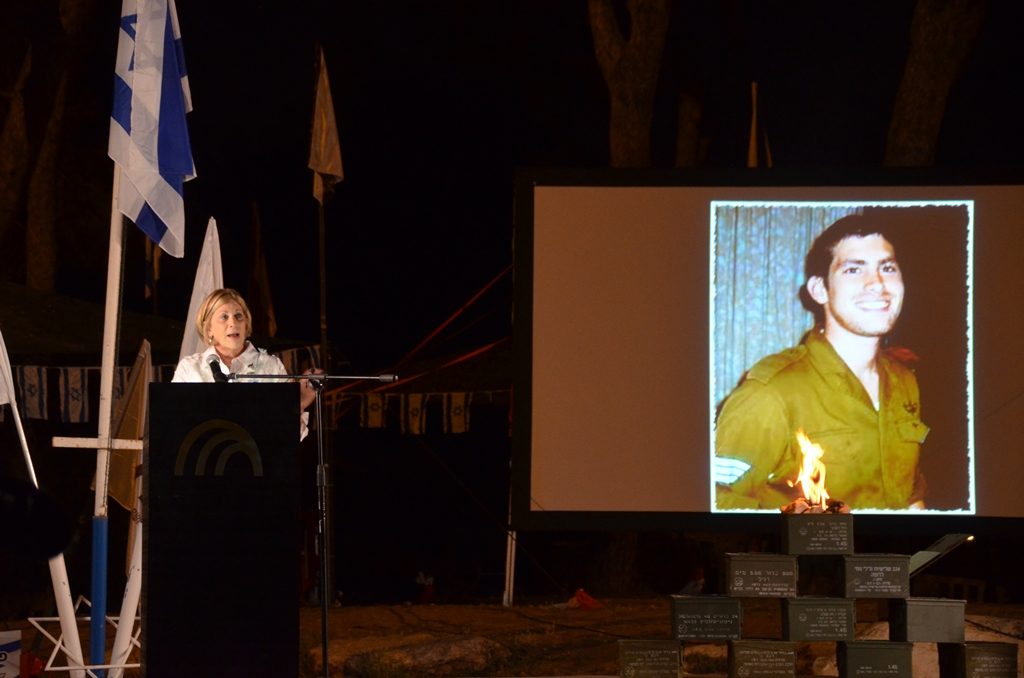 The fallen are remembered in words

and with the solemn sounds of soulful music. 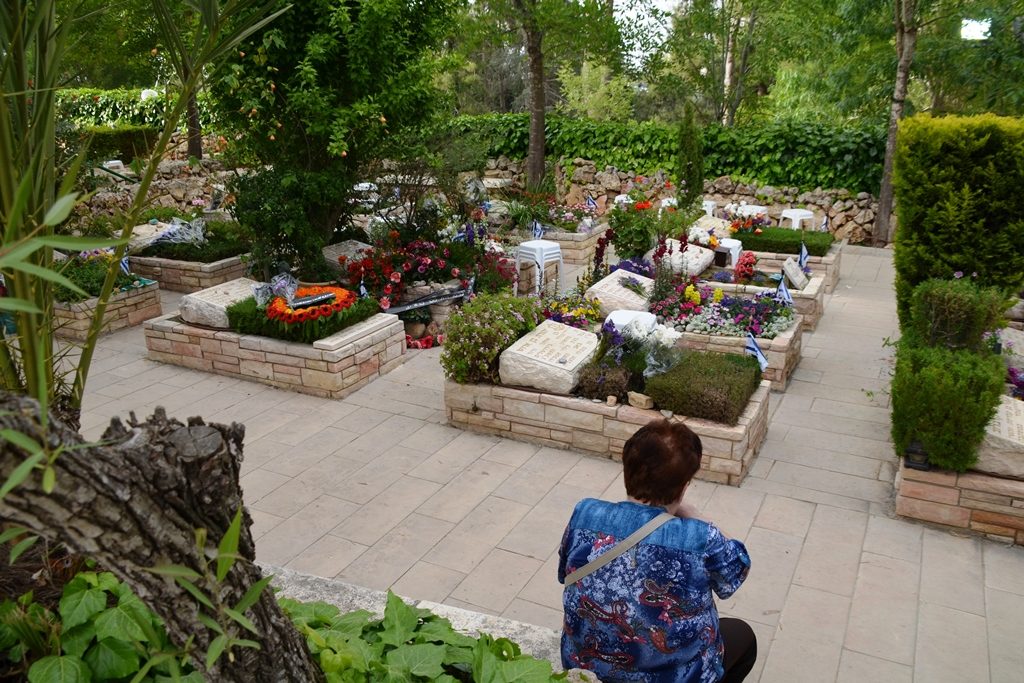 But after a day of memorial services, visits to cemeteries with graves of the fallen soldiers and victims of terror, 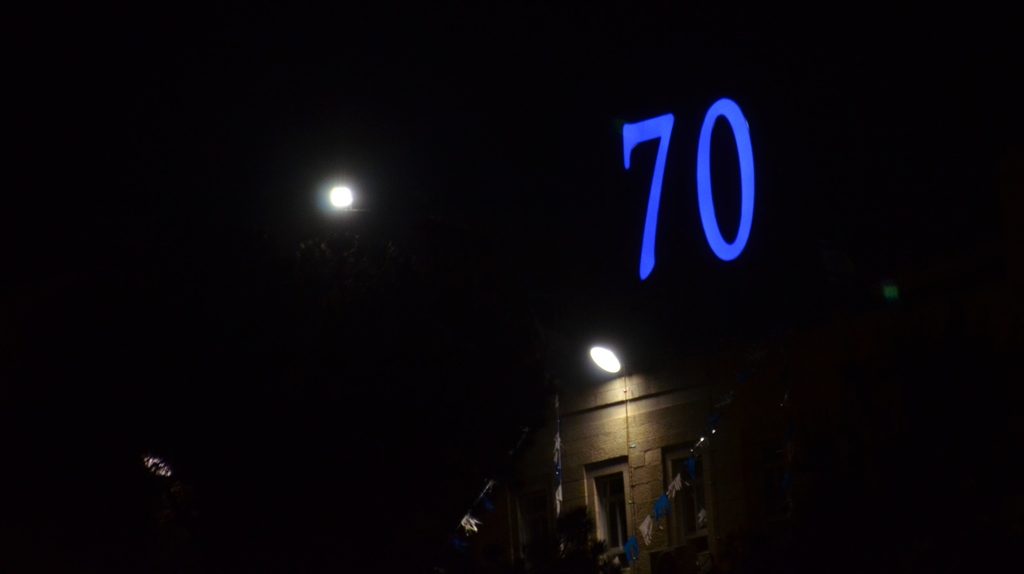 #Israel70  a modern day miracle, dreamed of for centuries from afar.

One thought on “Yom HaZikaron: Remembering in Jerusalem”