has been a constant theme

throughout the years at Real J Streets.

Once a derelict No Man’s Land, 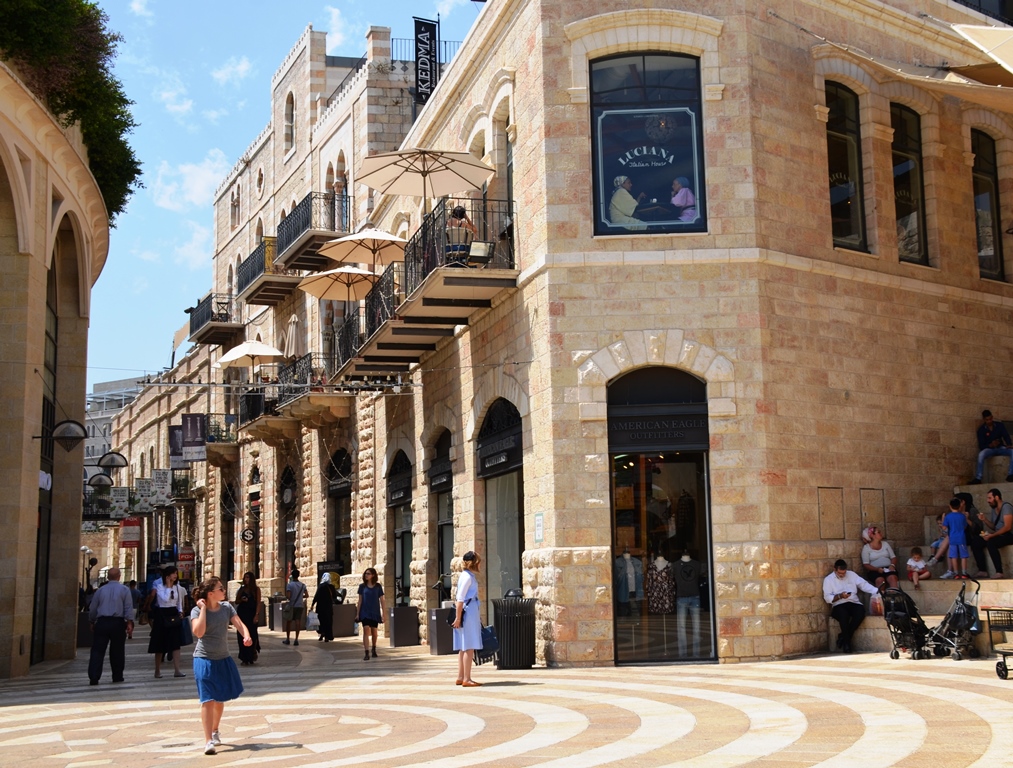 Thousands of people come to shop and eat daily.

Often the parking lots are so full 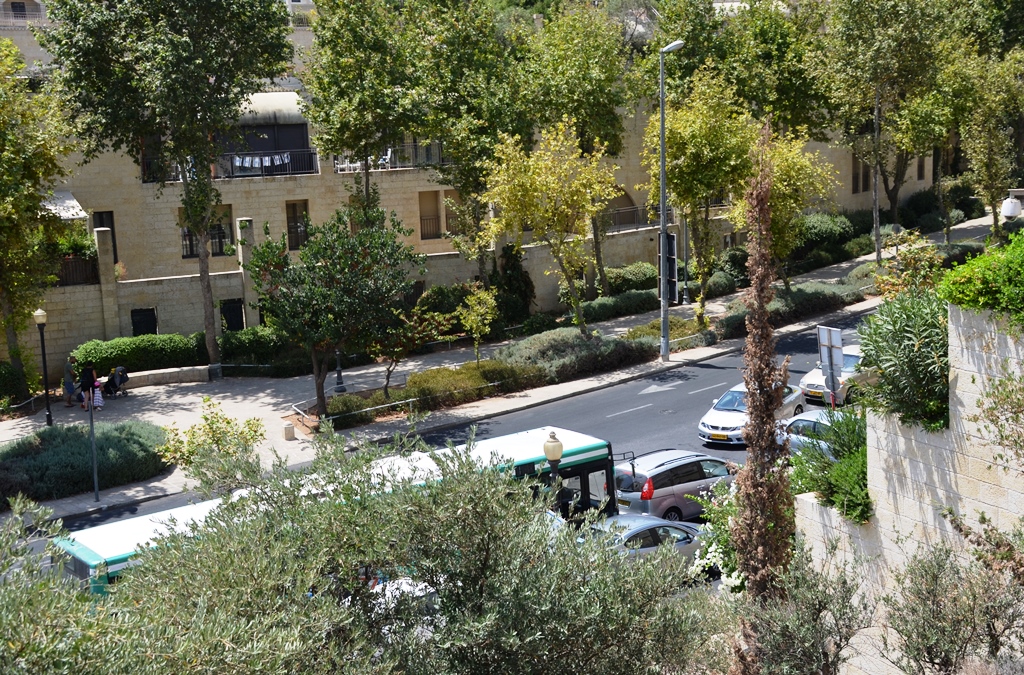 that traffic backs up and honking cars are the norm.

has been an eyesore for years and a home to squatters.

But in Jerusalem what a difference a month makes–

now it is gone! 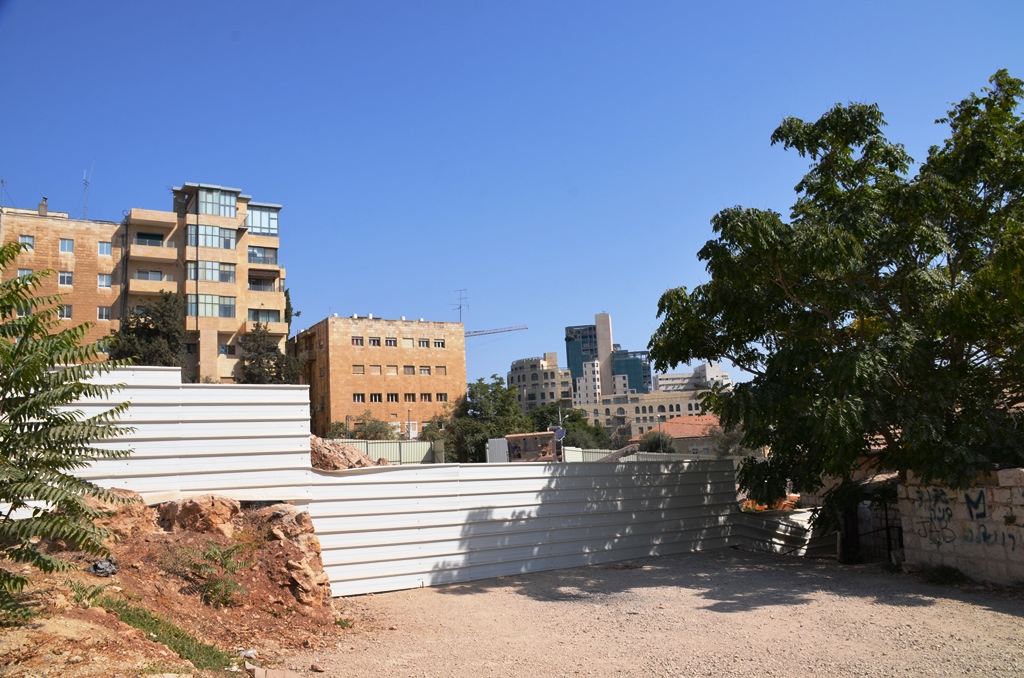 A white construction fence has appeared in its place, 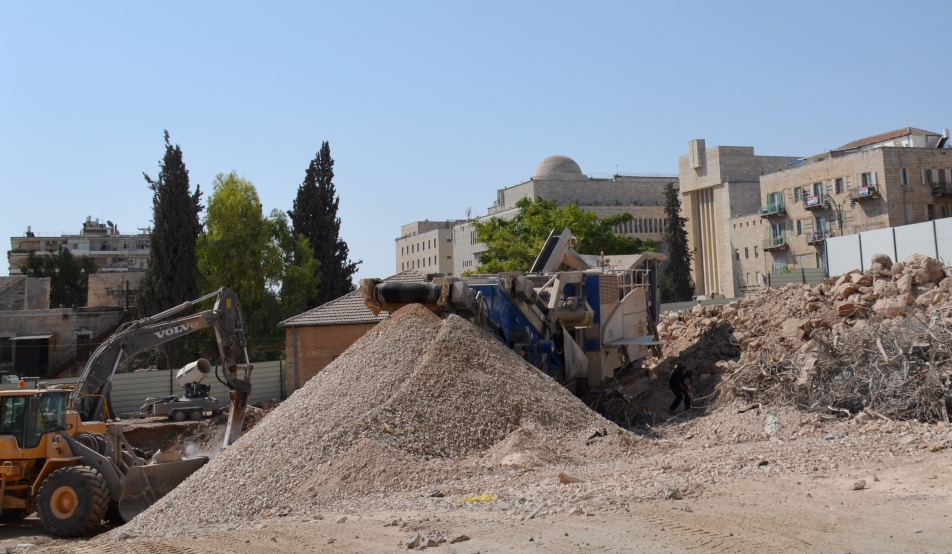 you can see the Great Synagogue across

King George Street and the dome of Heichal Shlomo. 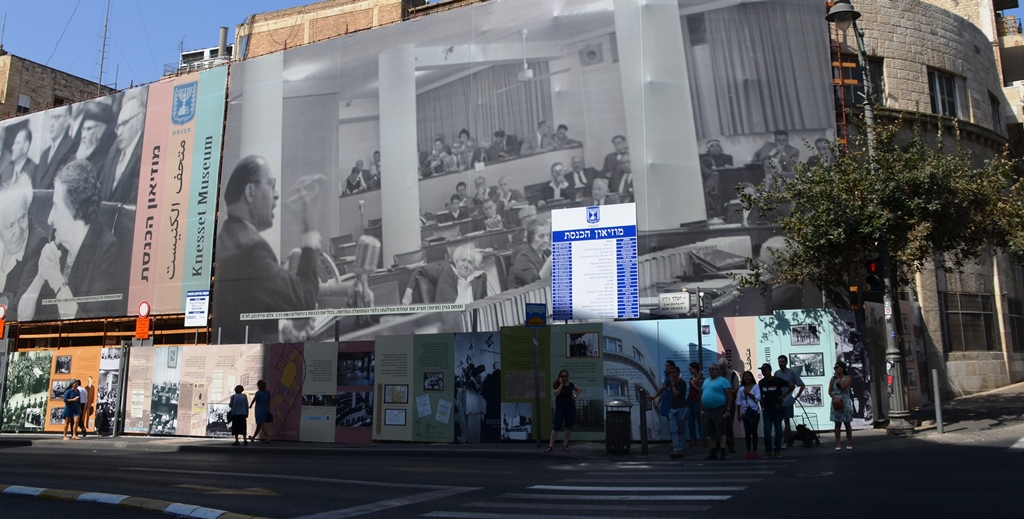 Work on the future Knesset Museum is

hidden behind these huge tarp coverings.

The difference that has occurred in a month 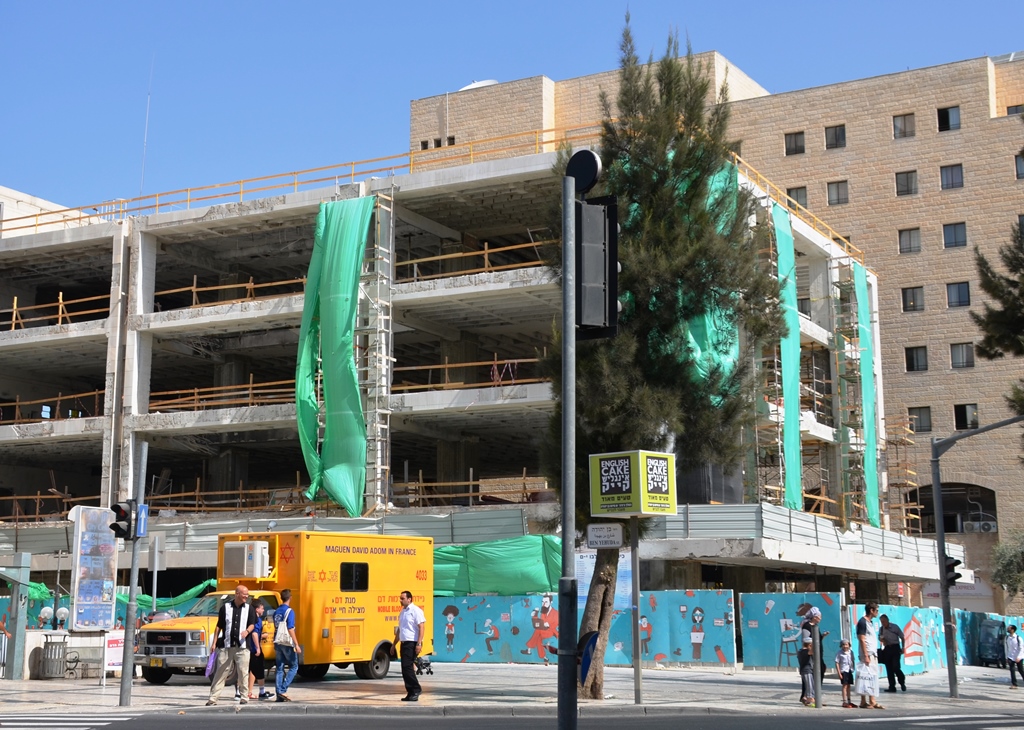 to the future We Work offices

at the old Mashbir site is obvious.

On the downtown Jerusalem streets,

change can be seen not only looking up,

but also be sure and look down. 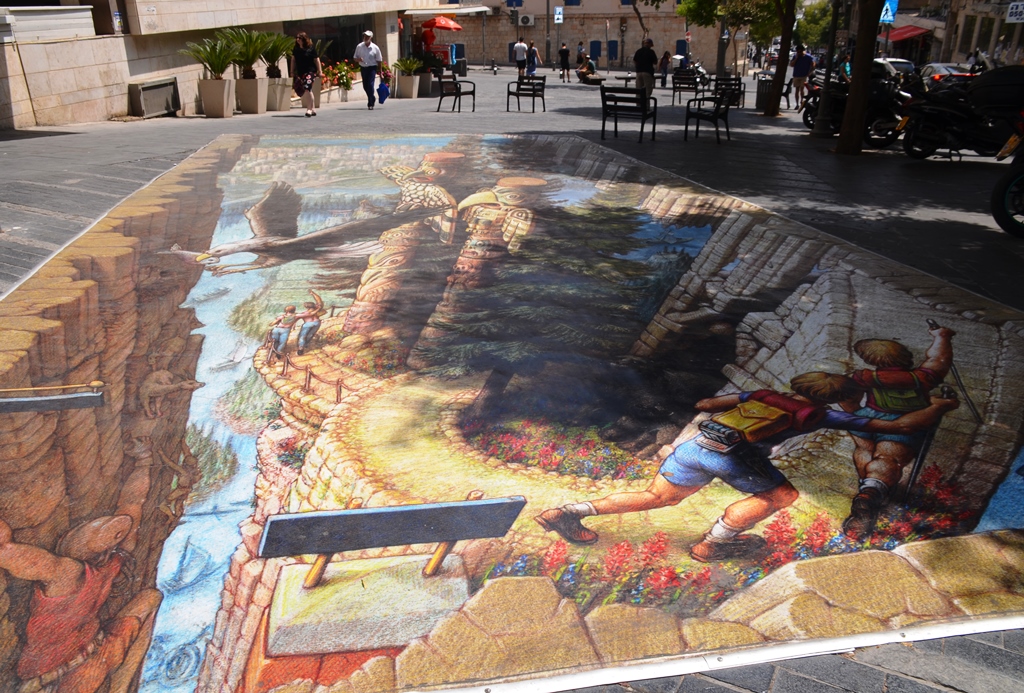 on mats laid down in busy plaza areas.

For the best angle from which to appreciate this street art

you have to take the time and stop. 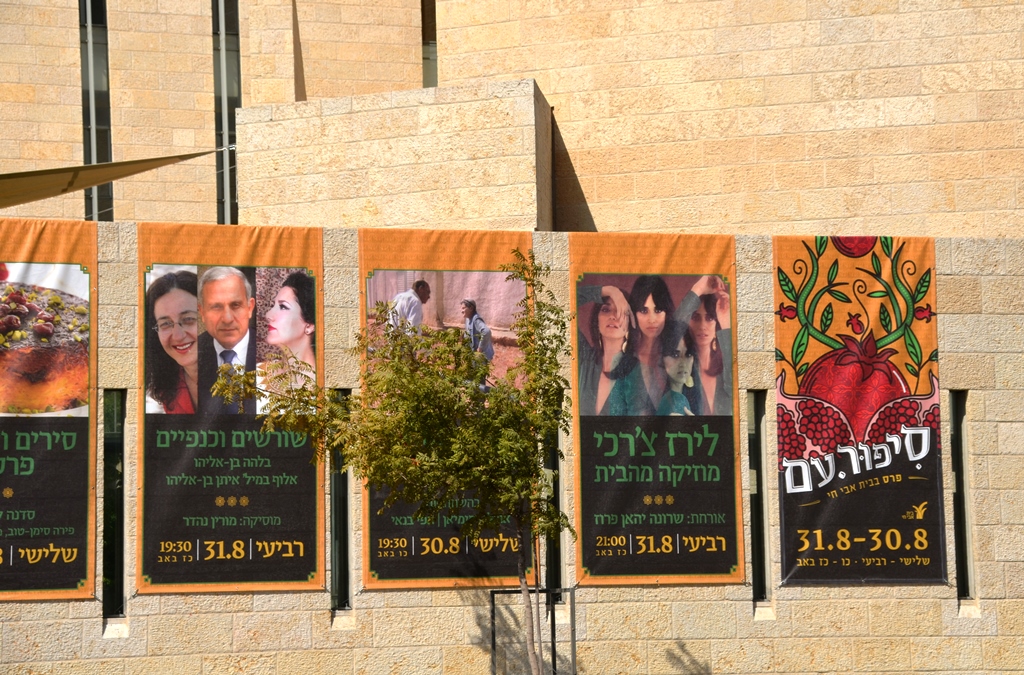 Signs are up at Beit Avi Chai advertising 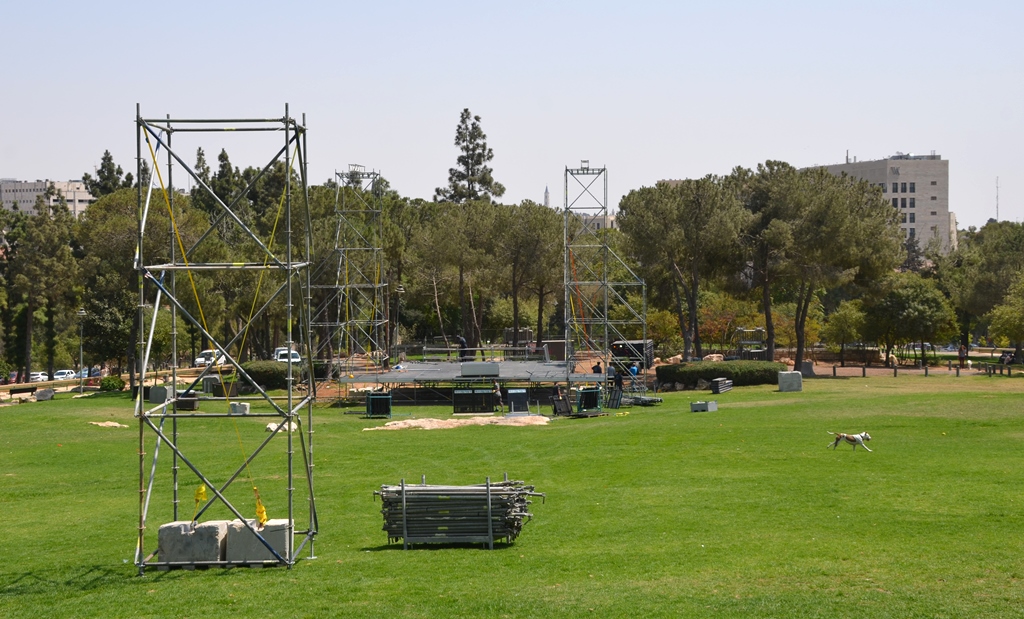 has been a construction site all week.

the annual Beer Festival are only temporary.

as always the end of August,

the biggest deal on the Jerusalem streets

is the first day of school tomorrow.

during the last two weeks of summer vacation

is often provided by grandparents and friends.

But, those without children also appreciate start of school,

as children were often brought to offices,

banks and many parents’ workplaces.

Yikes, now there are songs about school on radio.

The Prime Minister, President and mayors

will go to be photographed in a classroom.

is such a huge event in Israel.

Wishing all a good