So much in Jerusalem, Israel, is old and new.

We used to joke that a good friend is defined as

someone who leaves Jerusalem to visit you in Beer Sheva.

With family in Beer Sheva, over the years,

we have visited the desert city many times.

I used to say the only place that was green was this cemetery.

or the ANZAC cemetery, as most of the British soldiers

who fell in the World War I battles against the Turks,

ending the domination of the Ottoman Empire.

But things are changing, 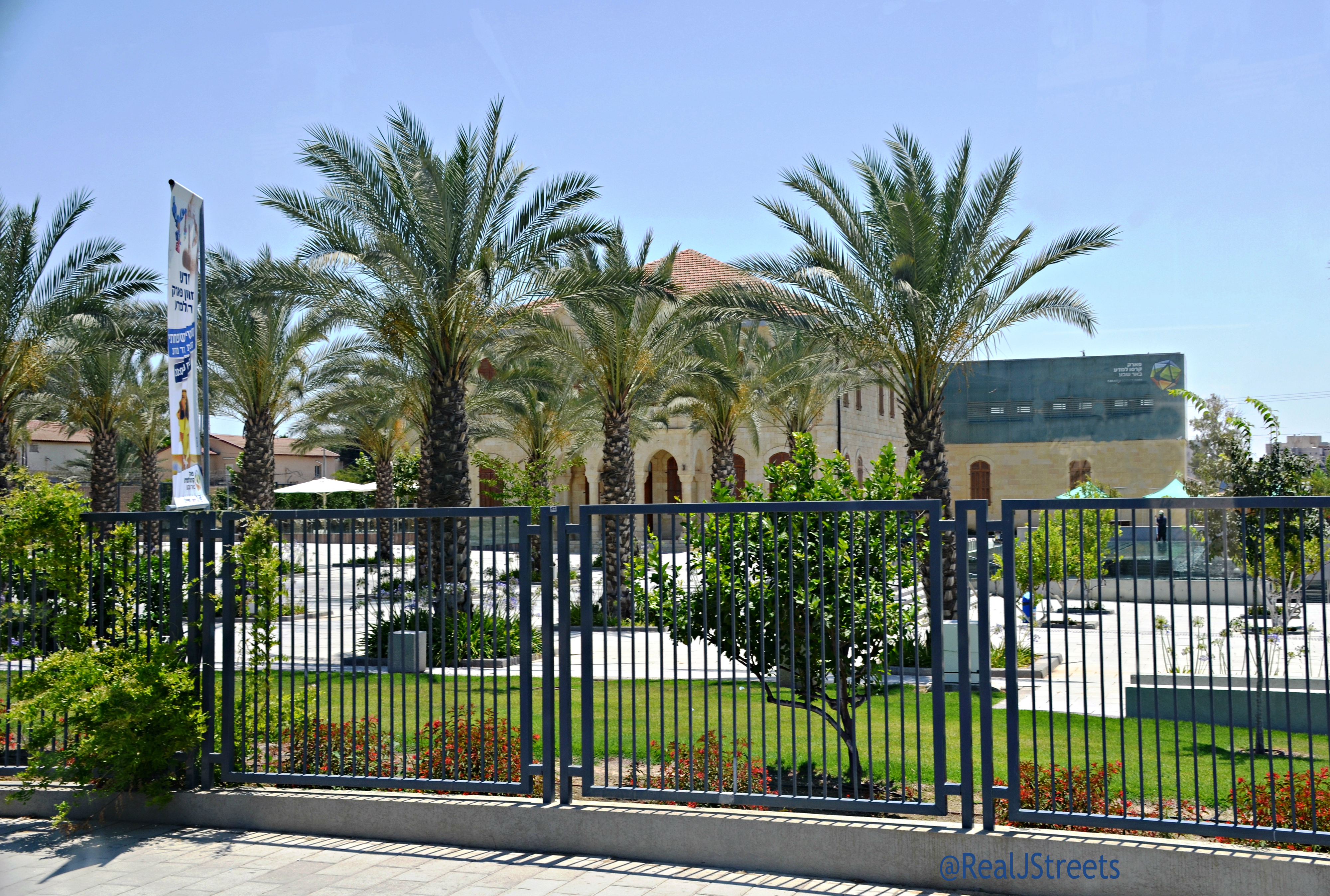 and is the largest science park in Israel. 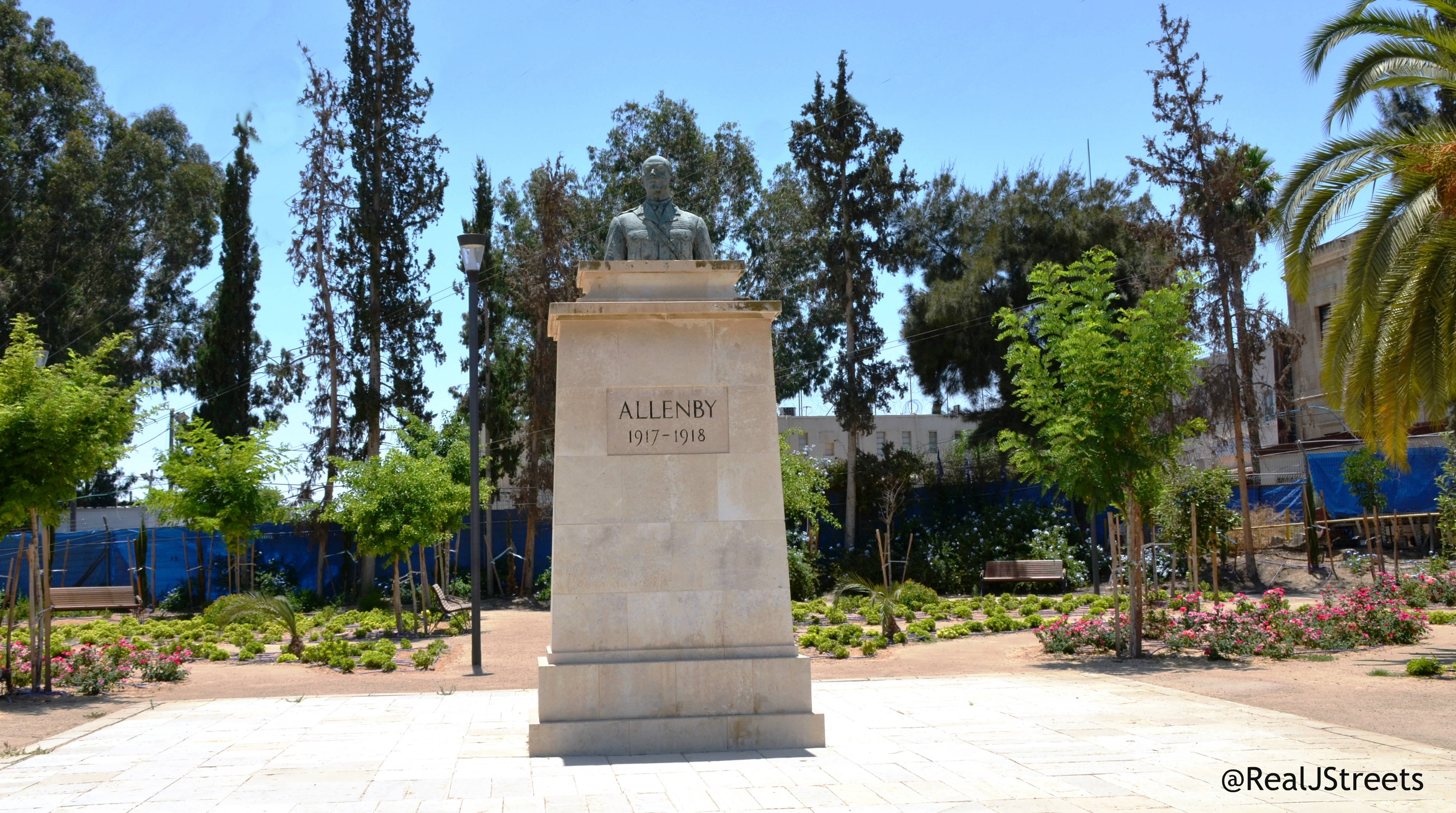 The park was established in early 1900s by the Turks,

After WWI, it became a memorial to General Edmund Allenby,

was destroyed during the Arab uprising in 1929, 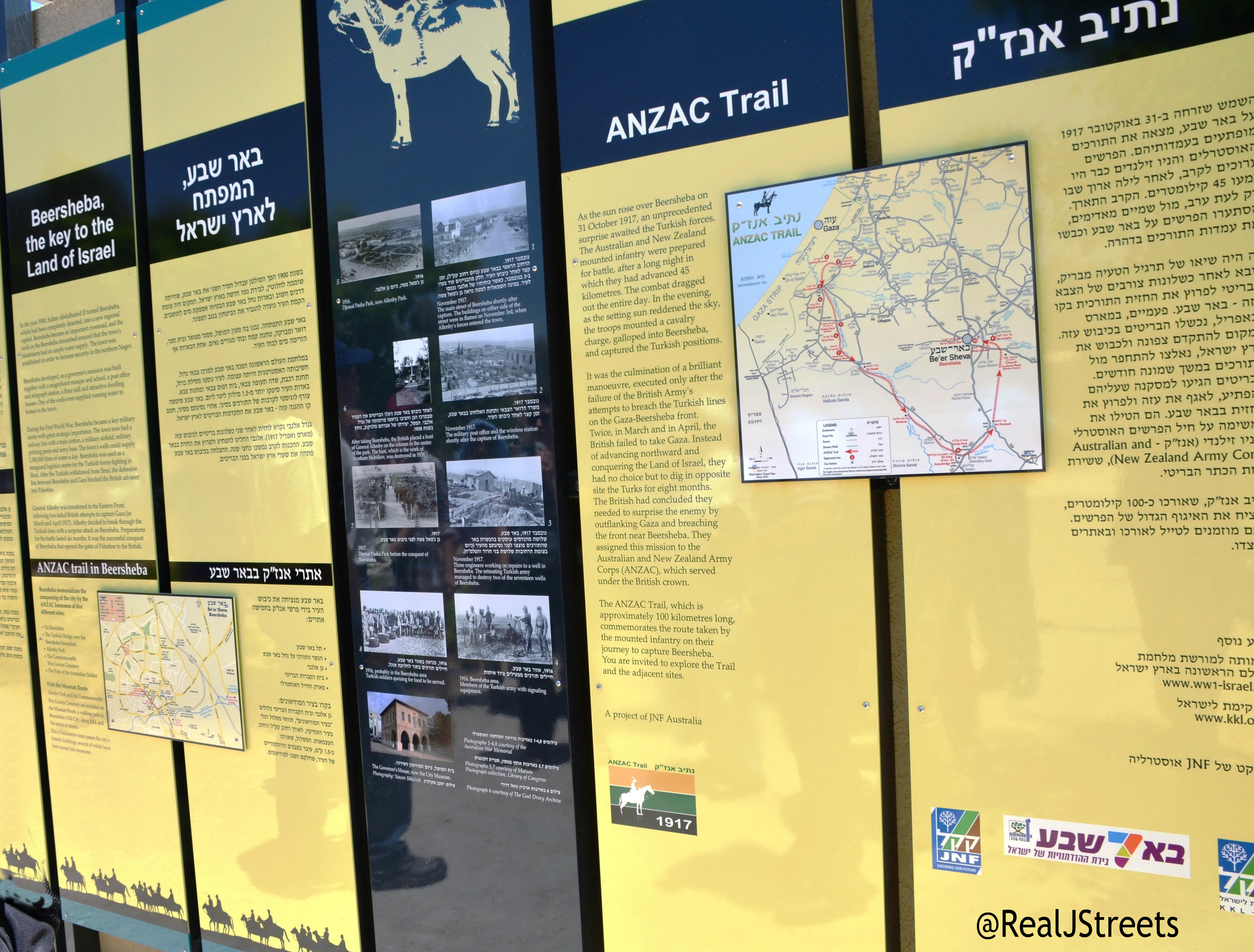 One day when it is not so hot,

it would be interesting to follow the ANZAC trail. 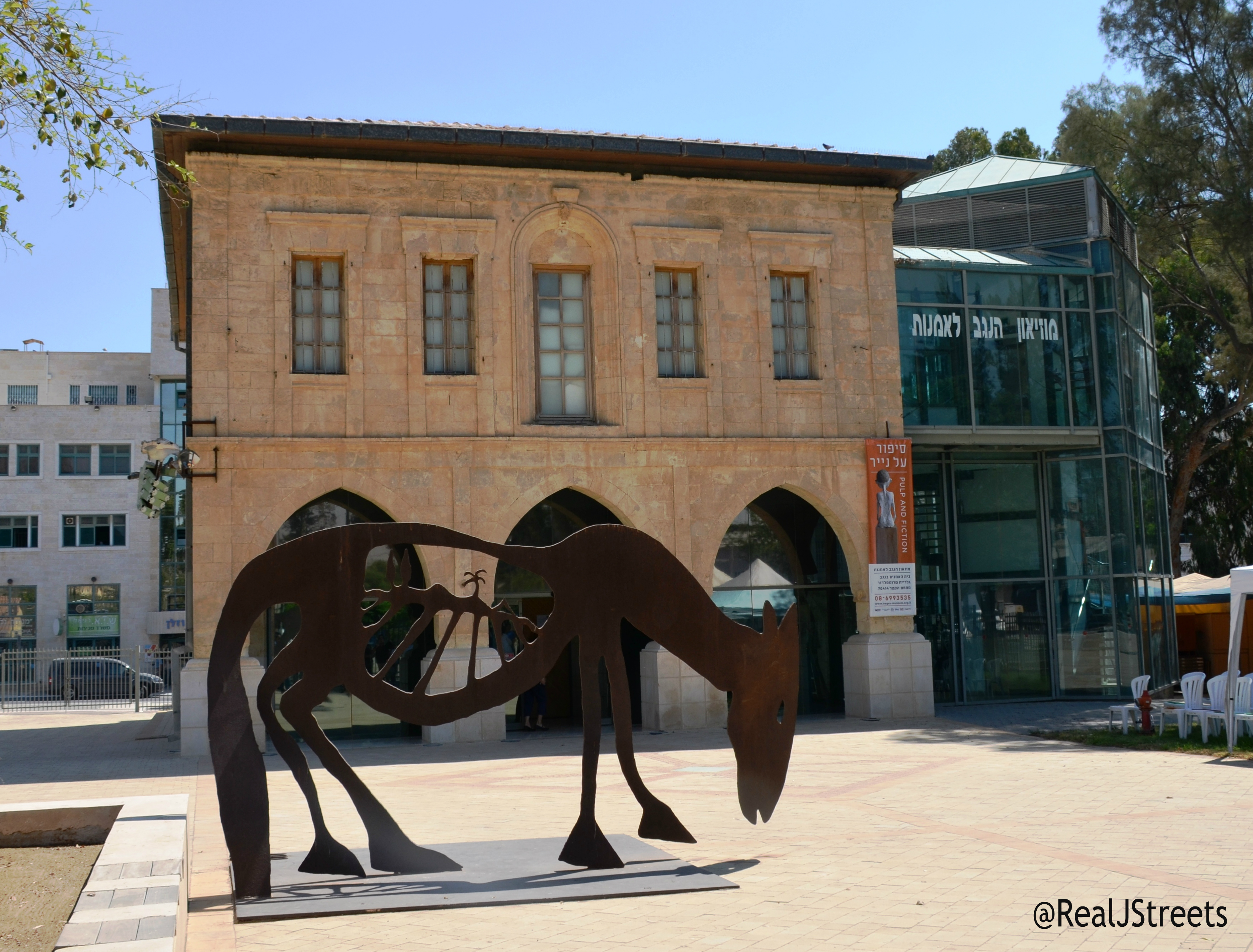 Across the road is the Negev Museum of Art,

housed in what was the 20th century Governor’s house.

The current exhibit is called,

where all pieces are made out of paper. 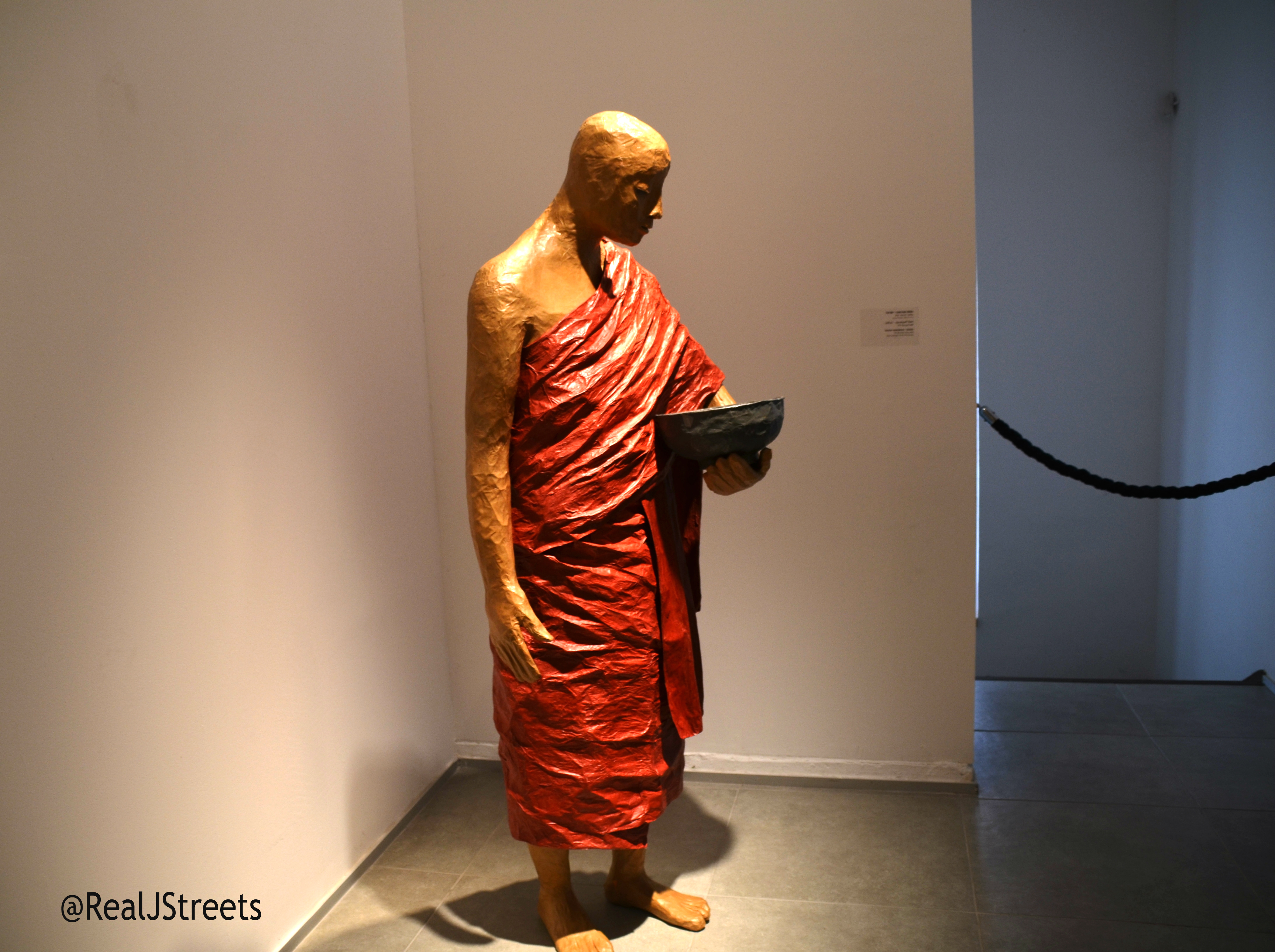 and “The Burmese Story” by Naama Aaronson of Israel

are just two of the works.

Who knew that paper art was started 35 years ago

at the Beer Sheva Station of the old Turkish railway? 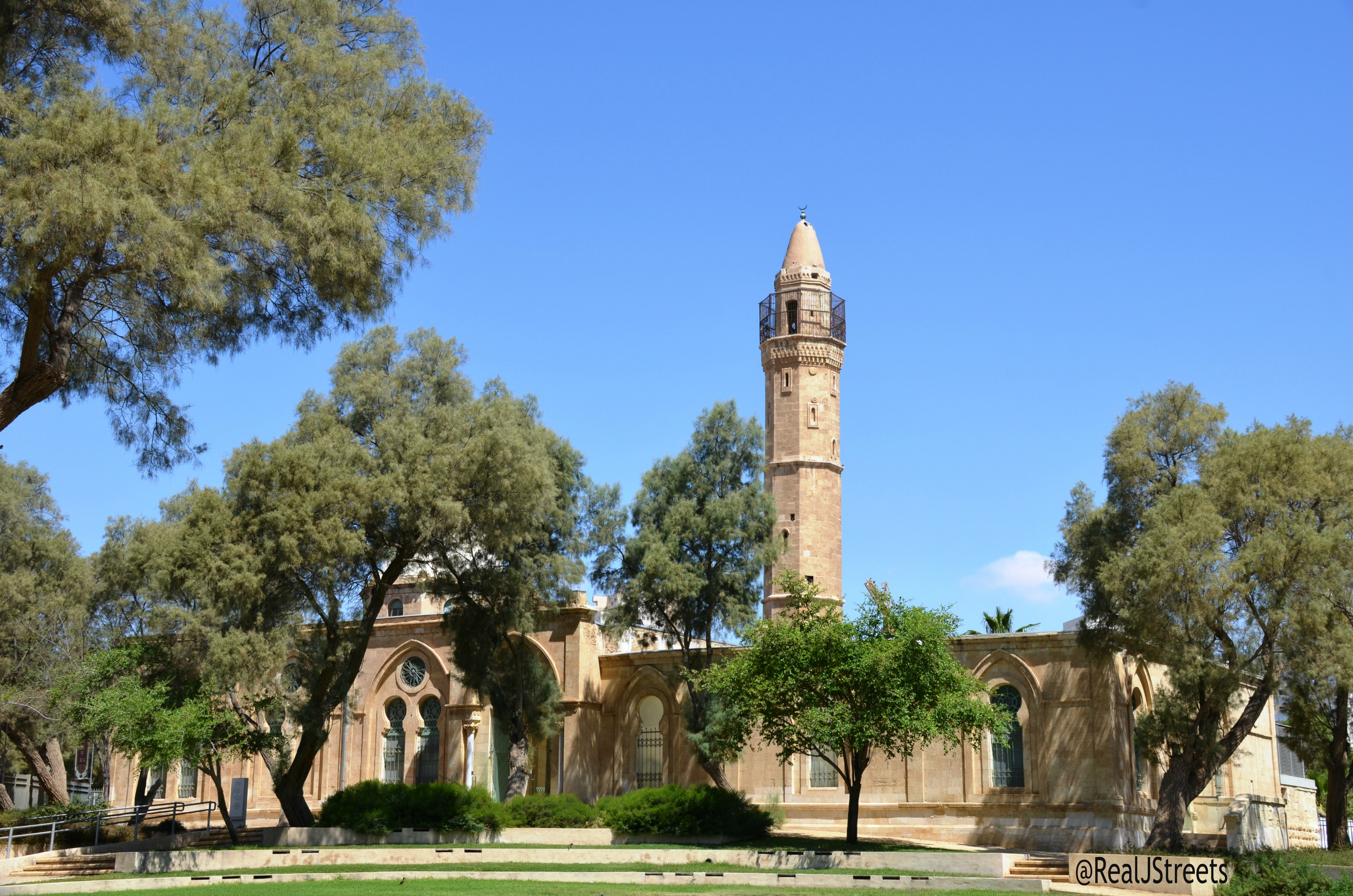 More of the old city and new

in the same area is the one mosque,

built by the Turks.

It went unused as a mosque for decades,

and was the city’s Archaeological Museum.

Museum of Islamic and Near Eastern Cultures.

are in the courtyard.

Inside the restored mosque, 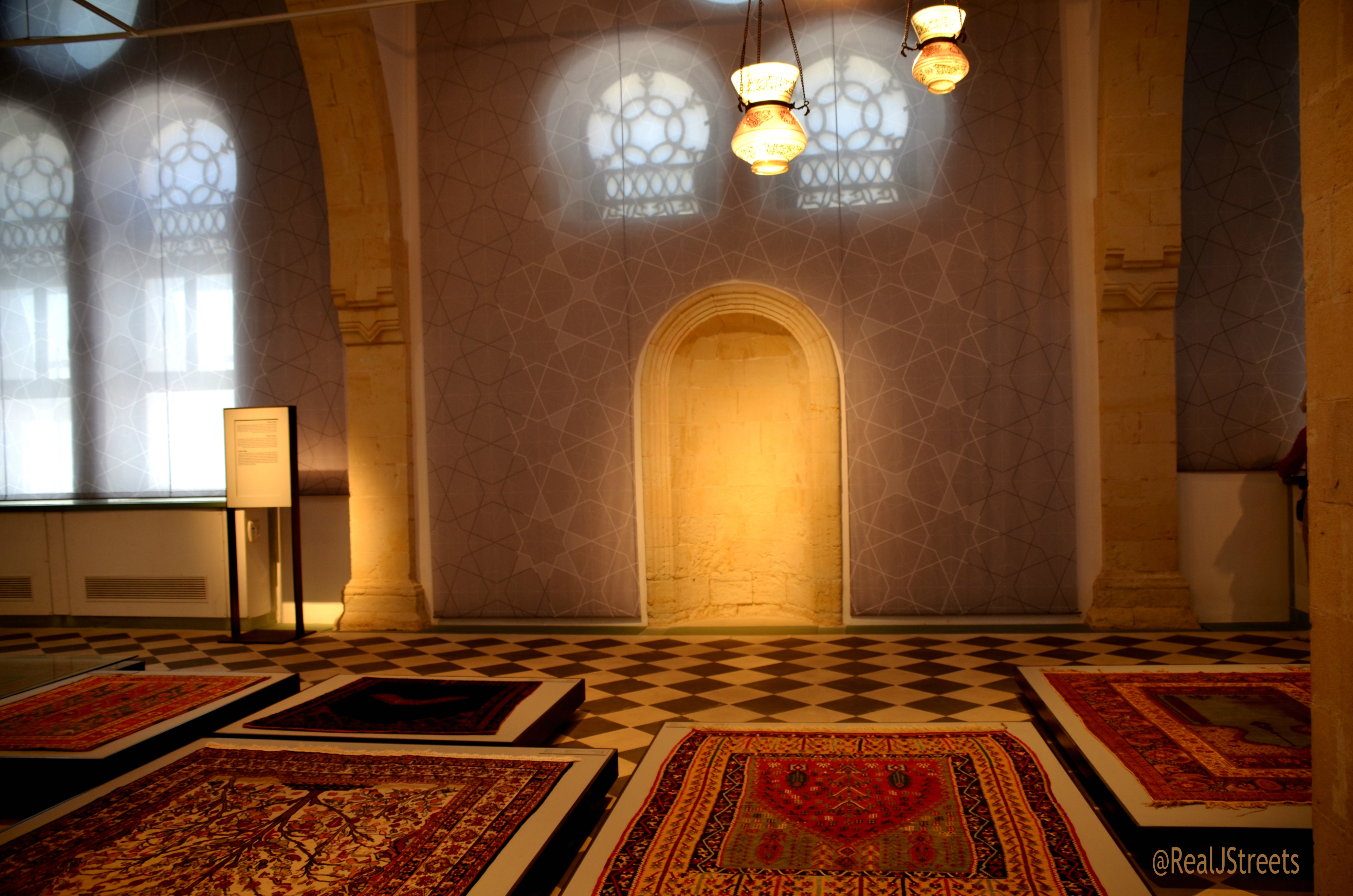 is the current exhibit of old prayer rugs,

with new glass lamps decorated in Arabic hanging above them.

A Turkish flag flies at the Train Yard Compound

which was restored and opened in 2014.

Bedouins are still around.

Going into and out of Beer Sheva

one can see the old and new,

with the new train track over the old Turkish one.

But it is at Be’er Avraham, 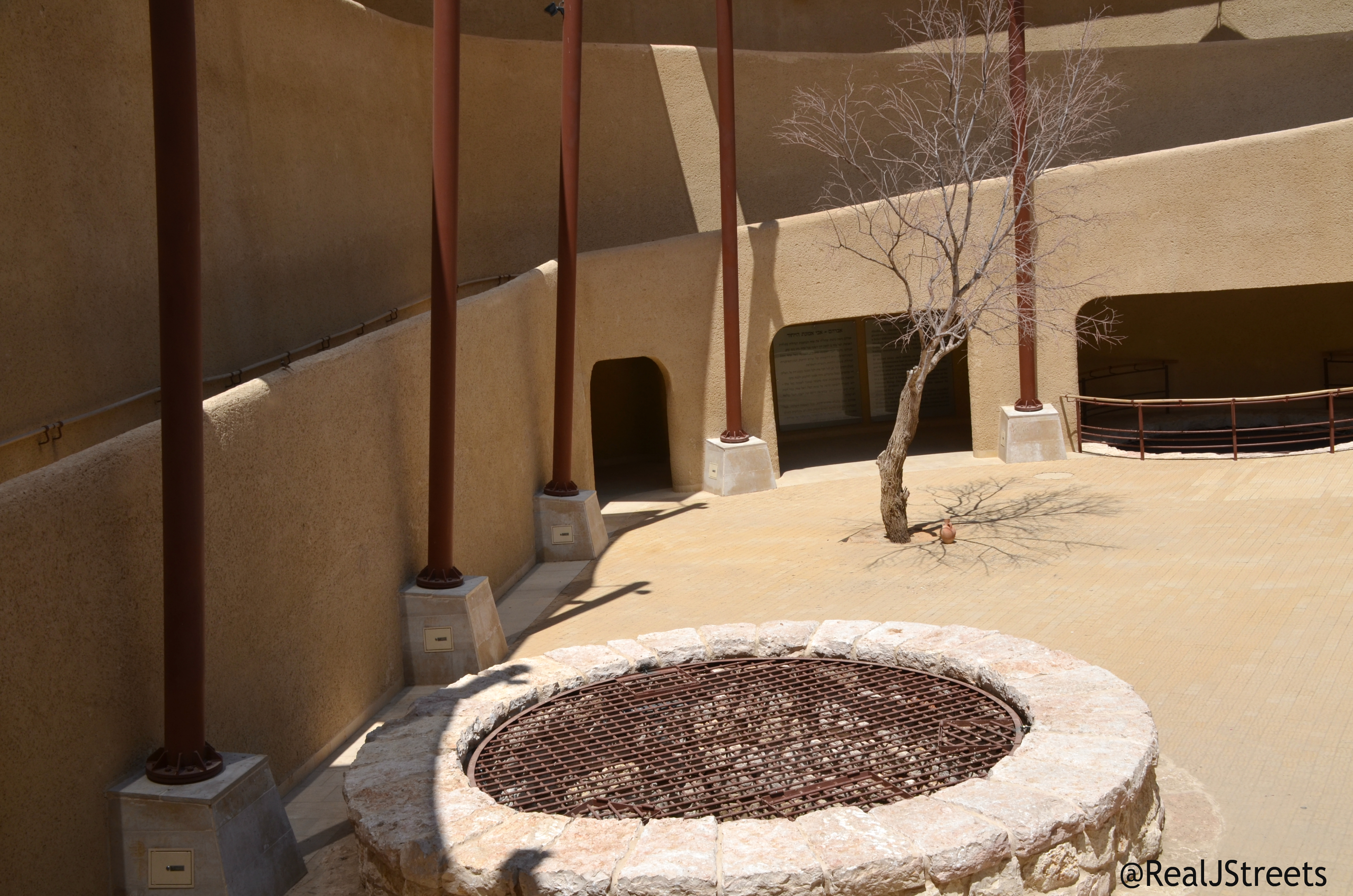 located near the Beer Sheva River,

that one can really appreciate the old and new.

showcasing the life of Avraham Avinu,

In old days, to get to Beer Sheva,

it seemed it took as long as a camel trip,

standing on those Egged buses

With the new modern highways going to Beer Sheva,

but we will have to find another way to define good friends.