They were calling it #IsraelBlizzard.

Jerusalem, Israel, was prepared for #WhiteJerusalem.

We were braced for power to go out, 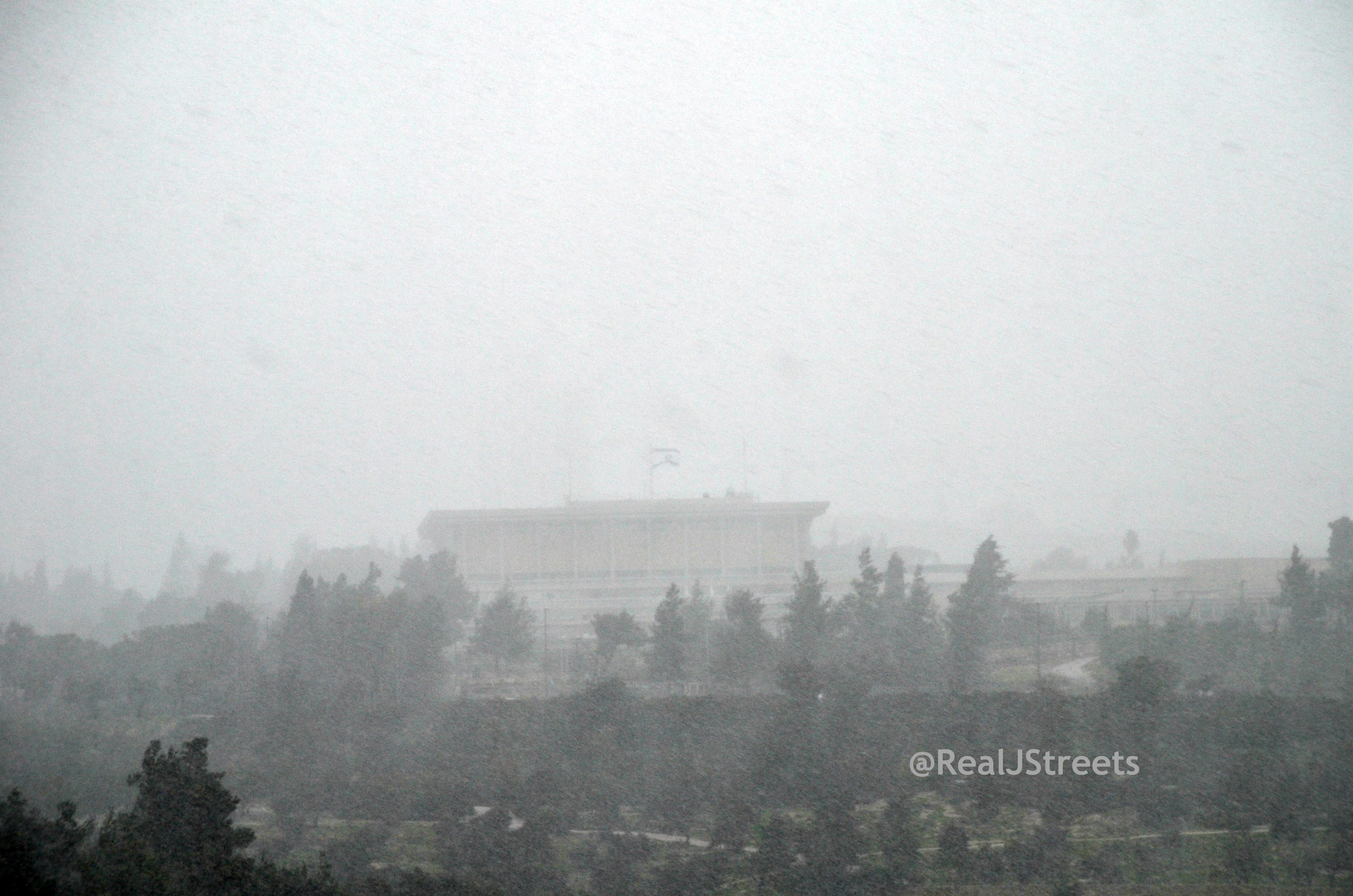 First, there were hail and fog, with very strong winds. 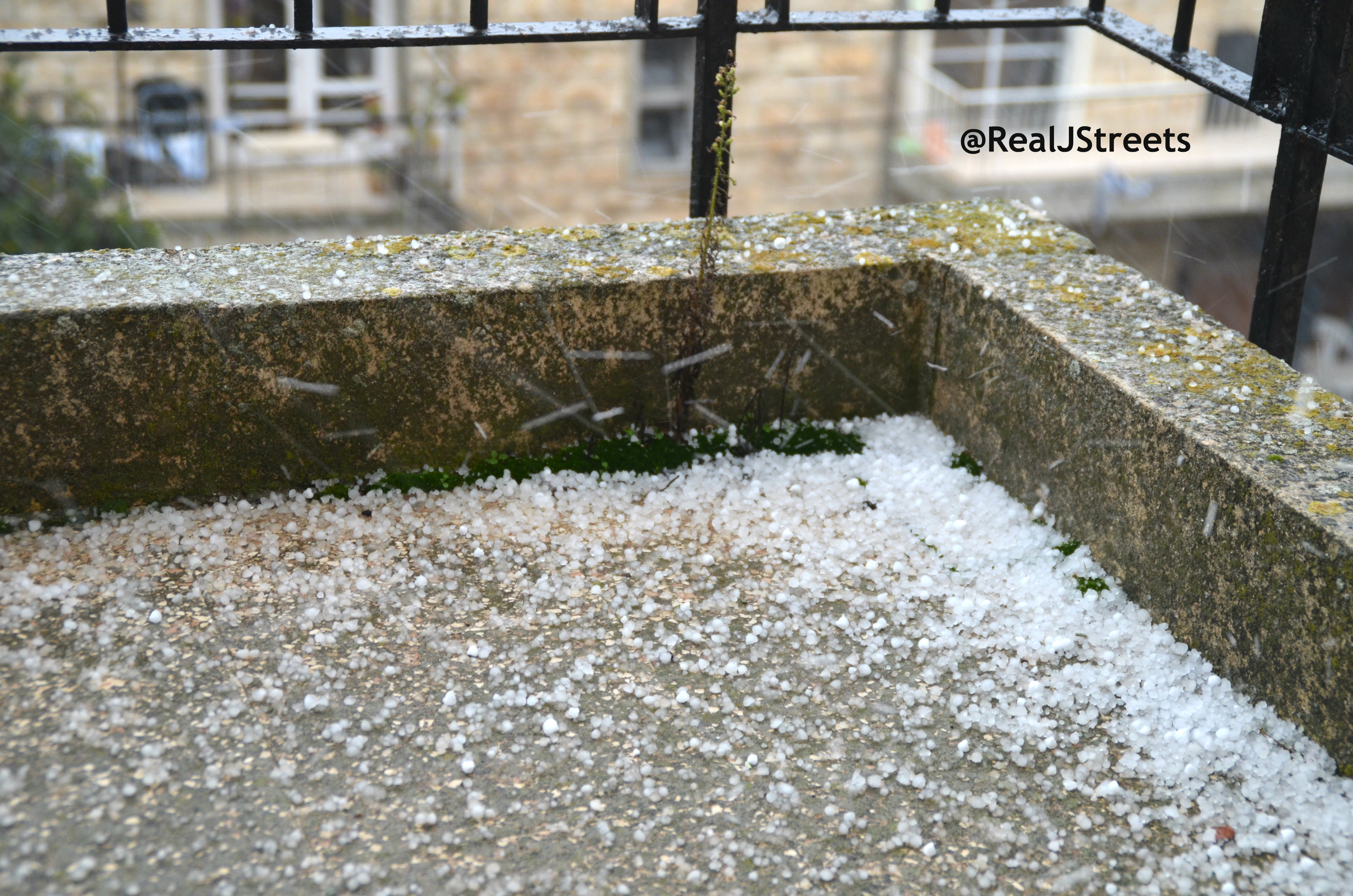 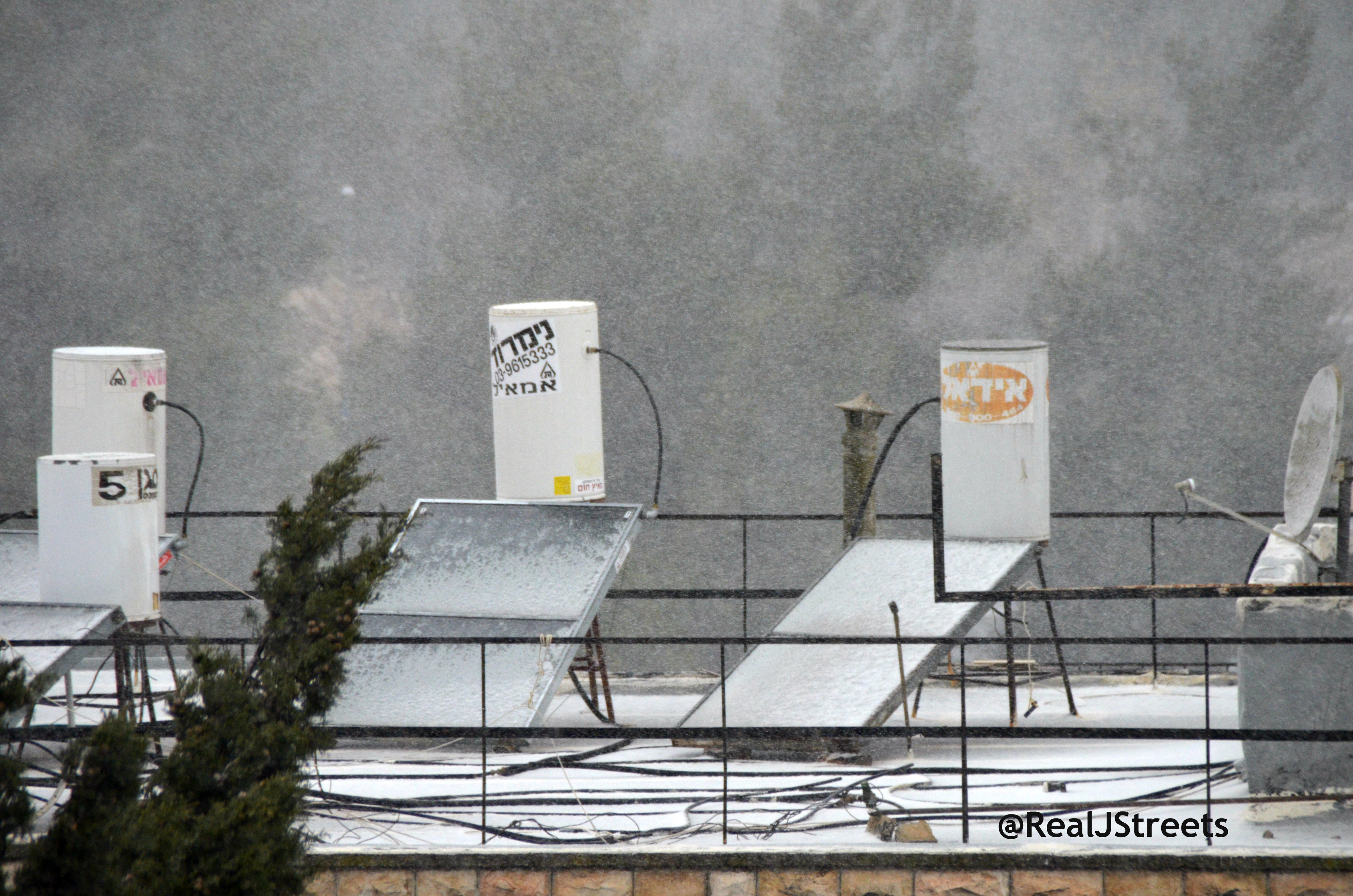 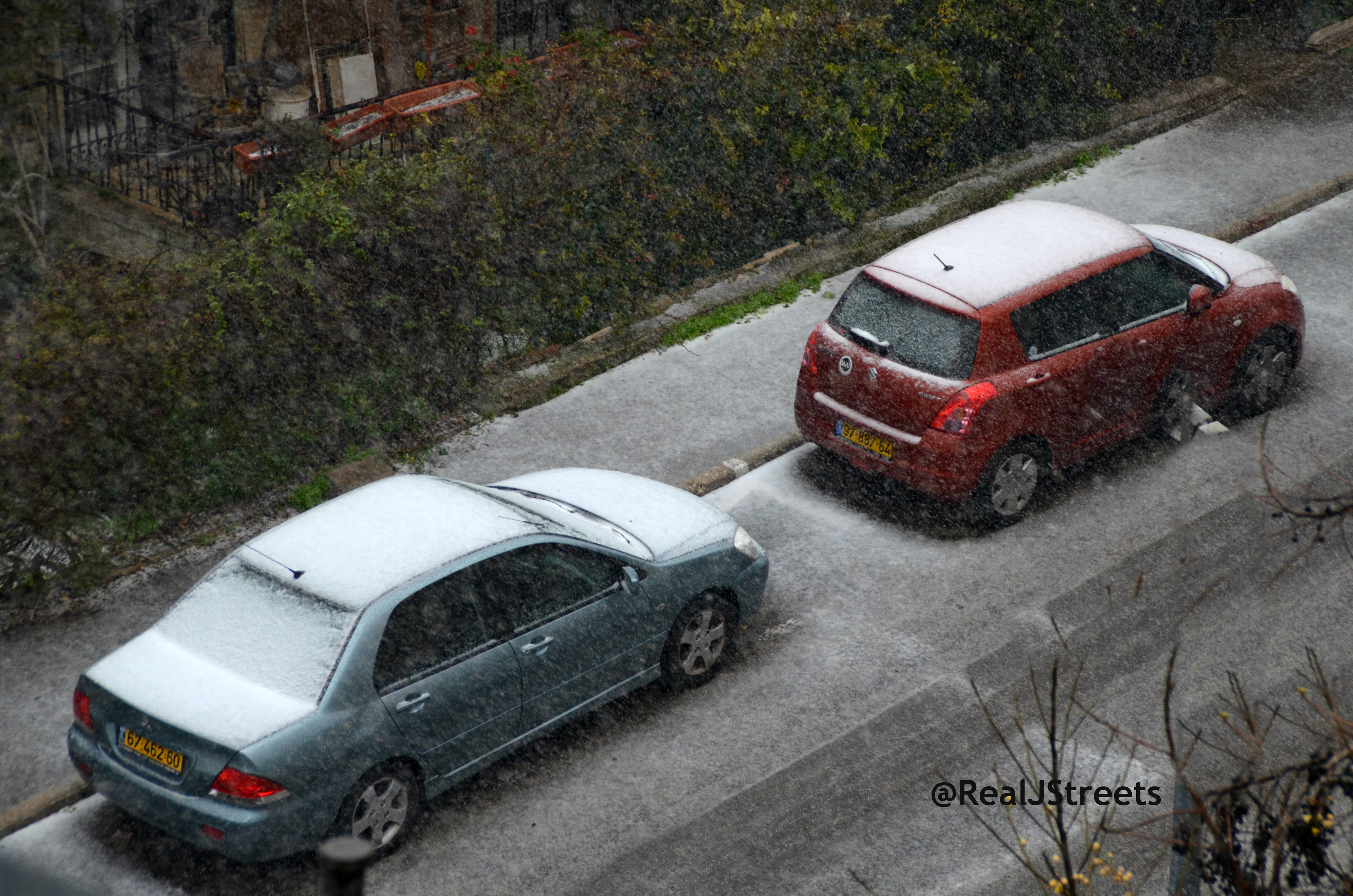 and was sticking to cars and roads. 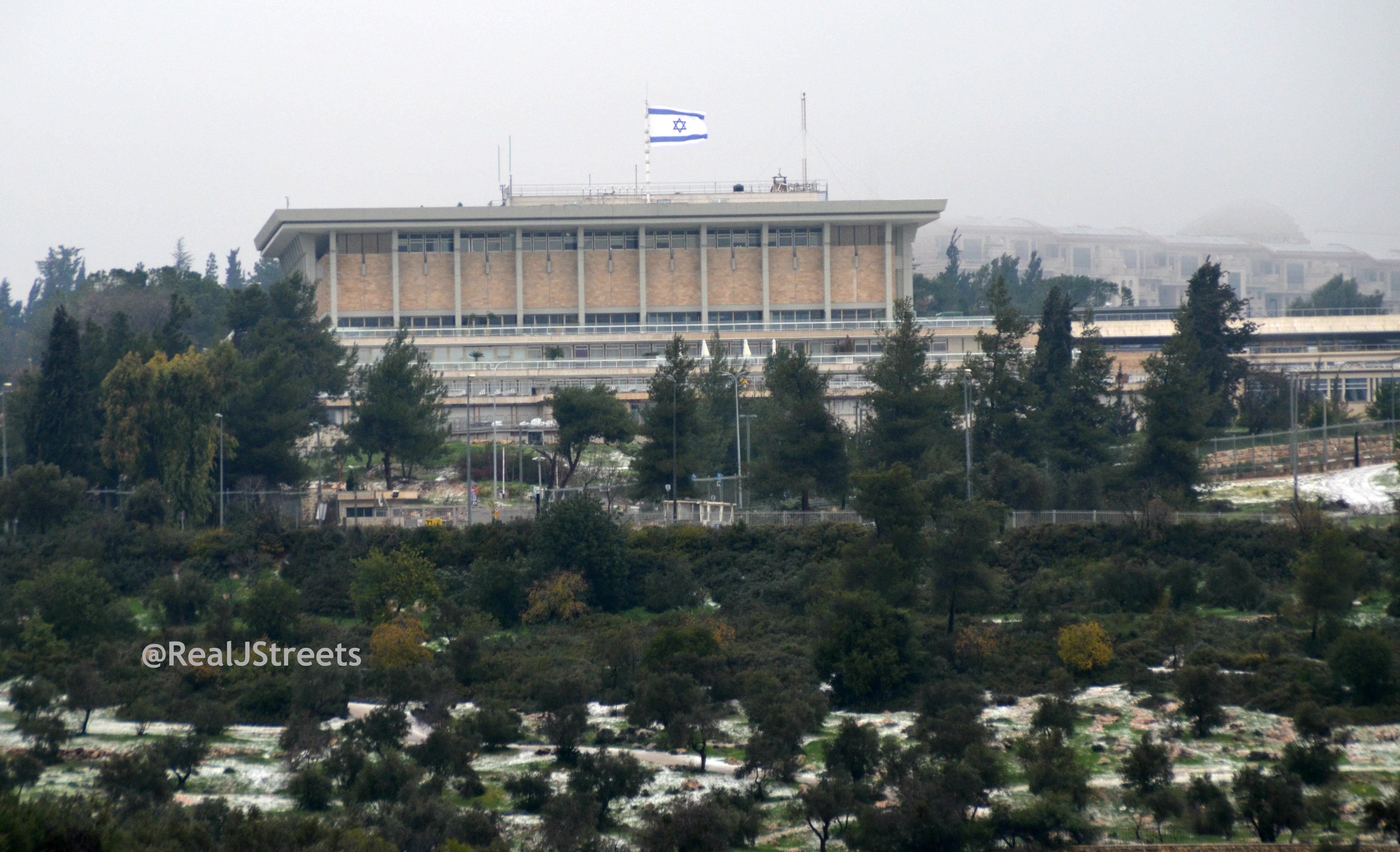 it stopped and a slight powder of snow

that could be seen on the Knesset grounds.

All day we waited for more,

by night fall the streets were quiet.

at bed time this was the best snow photo of the day.

It felt like those old days in the DC area,

where the government and schools shut for snowy weather

that made every Northerner and Canadian laugh

and go into the details of their memories of a real blizzard.

In the morning the Knesset had a thin cover of white,

and no serious accumulation of snow. 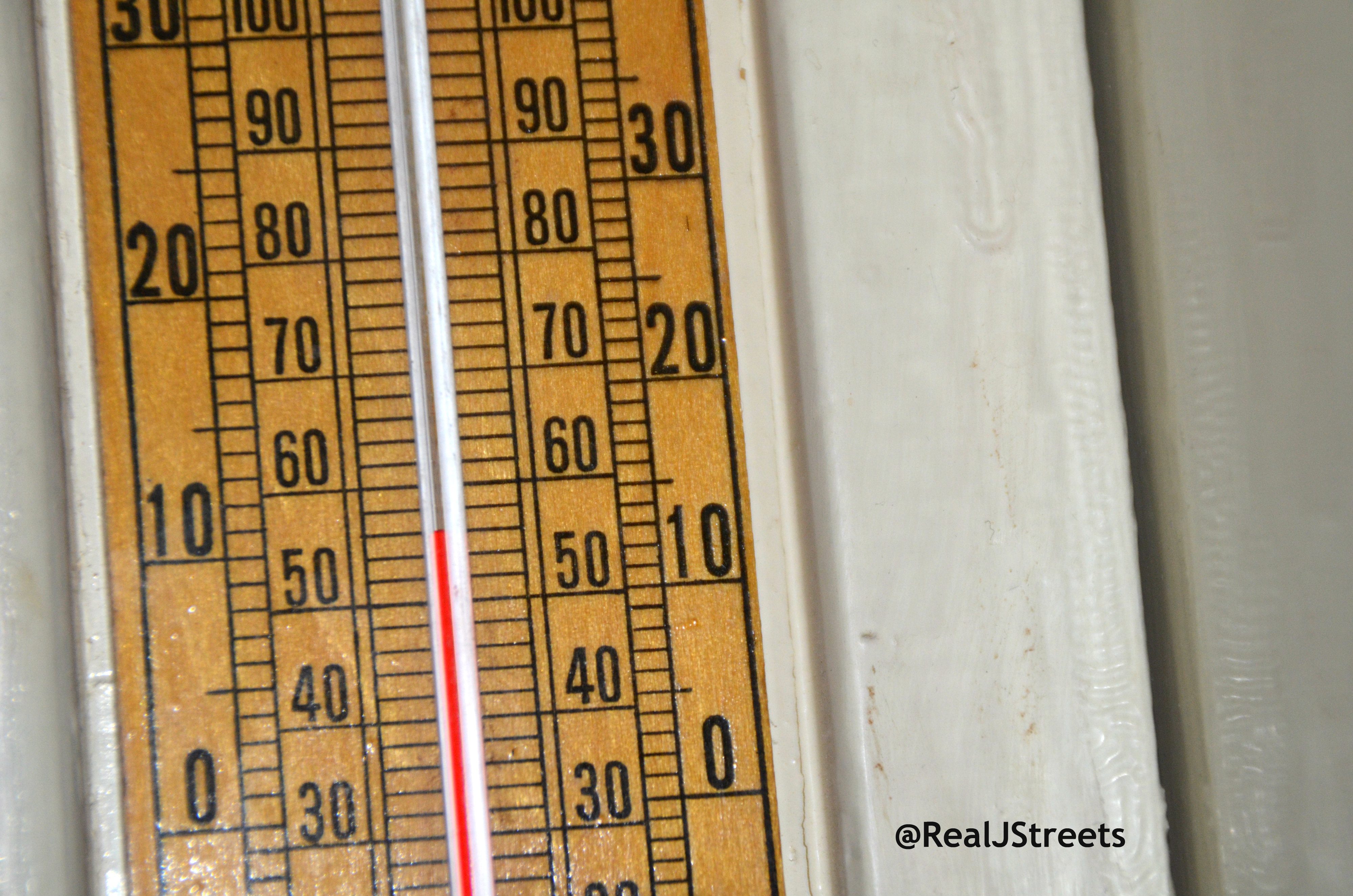 It is cold though, this indoor thermometer,

so the temperature has been rising. 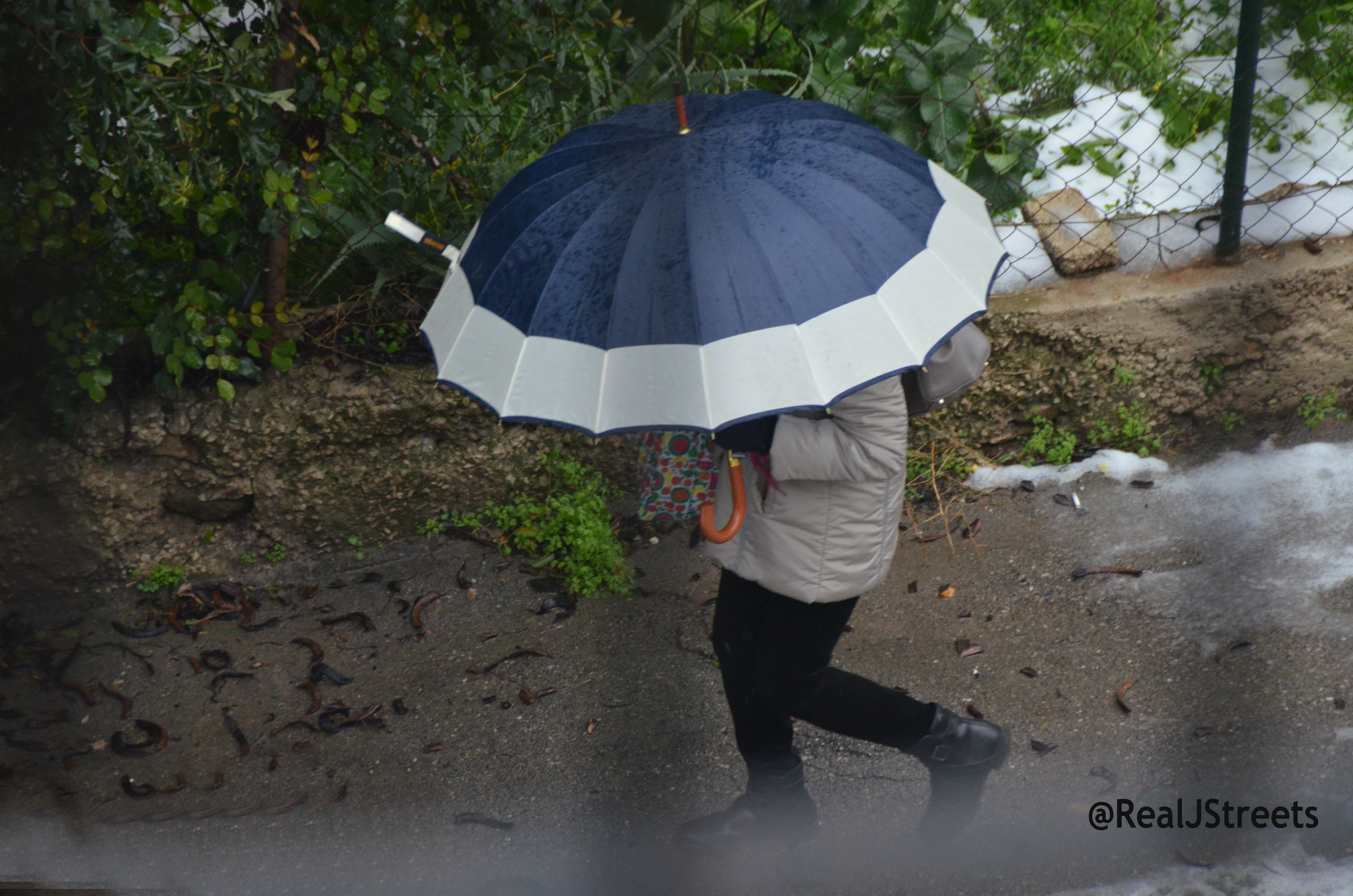 it is another grey, wet, sleet and slippery day.

After a late school opening,

the kids are out of the house,

even with that loud thunder all day.

Hard to believe that only four days ago,

there were those rainbow colored flowers,