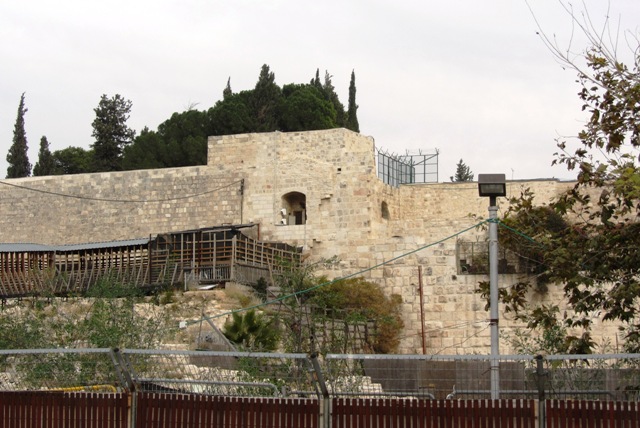 the Mughrabi Bridge was reopened 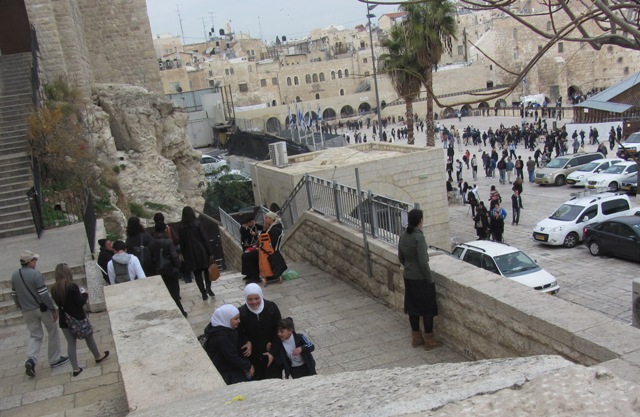 inspired a trip to the Old City today. 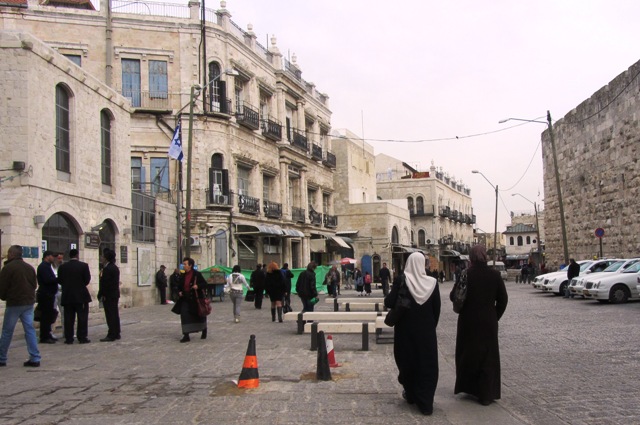 Entering the Old City by way of Jaffa Gate 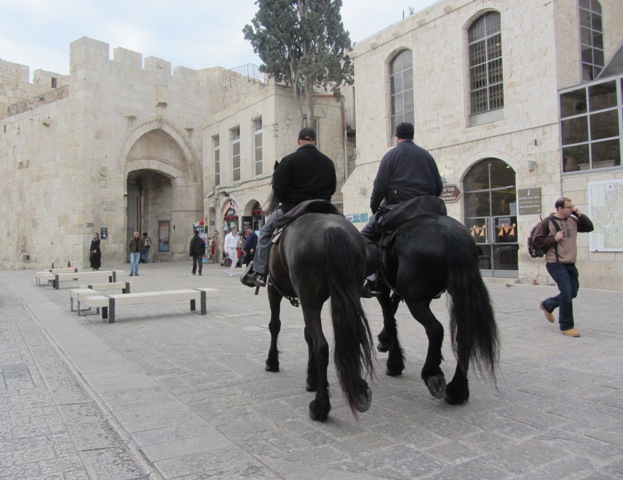 as two beautiful horses were leaving, 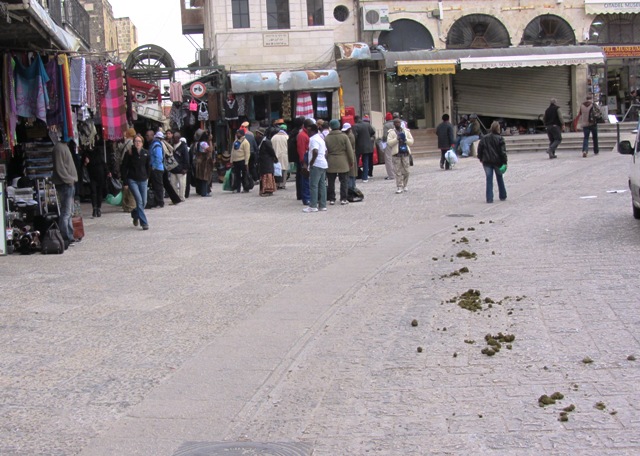 meant having to be extra careful walking on the stones. 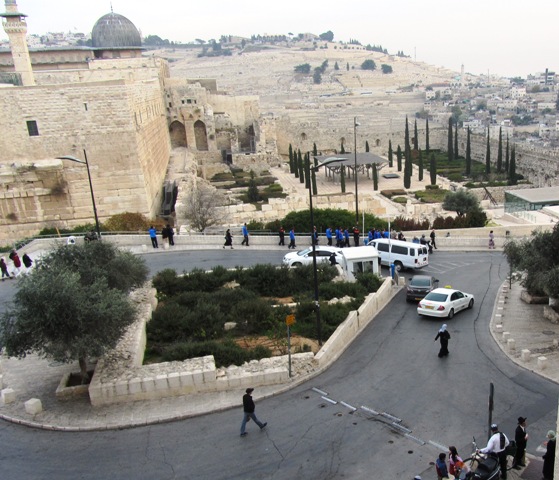 The scene outside the Kotel, Western Wall Plaza, seemed quiet and normal. 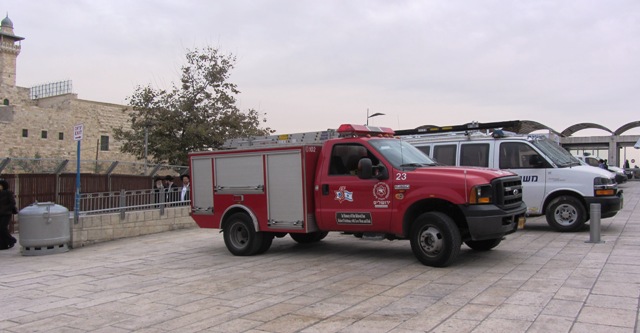 the fire engine that was there to keep the entire Middle East from igniting. 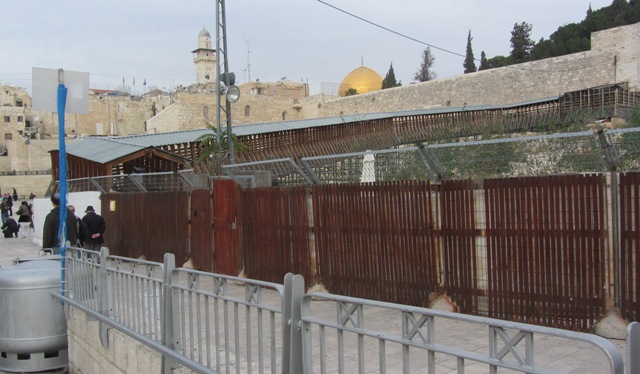 In case this wooden structure leading to the Temple Mount catches on fire, 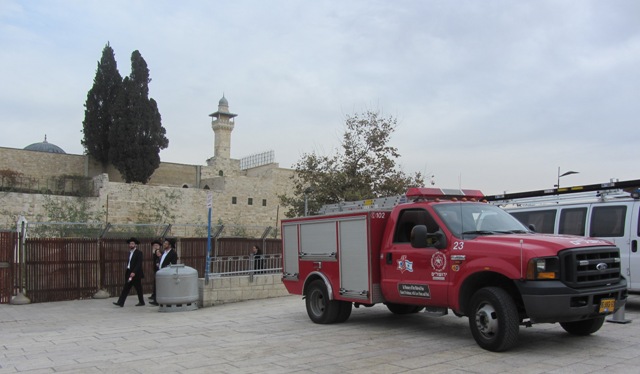 this fire truck will be there to save everyone. 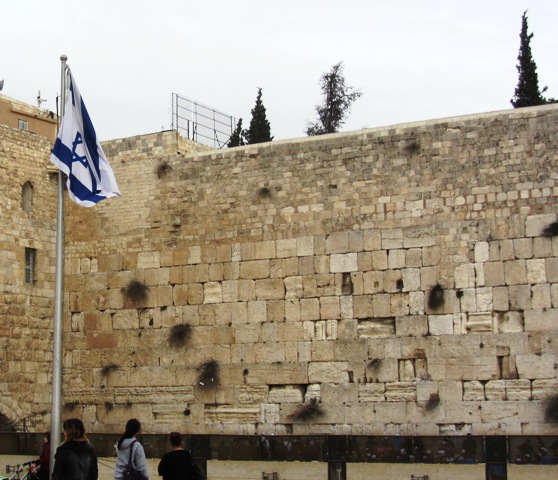 The Kotel, the Western Wall Plaza, 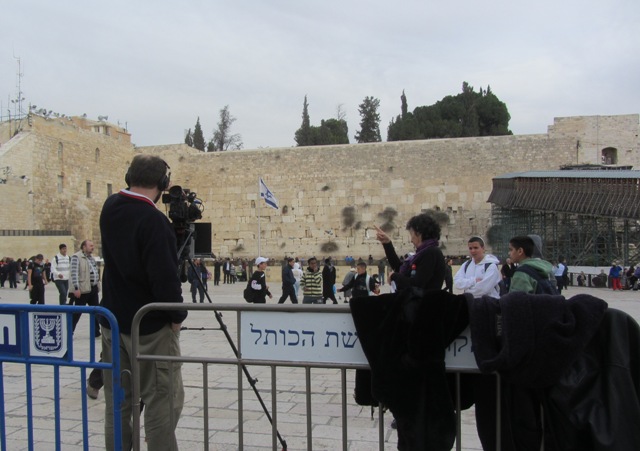 was the background for TV cameras, 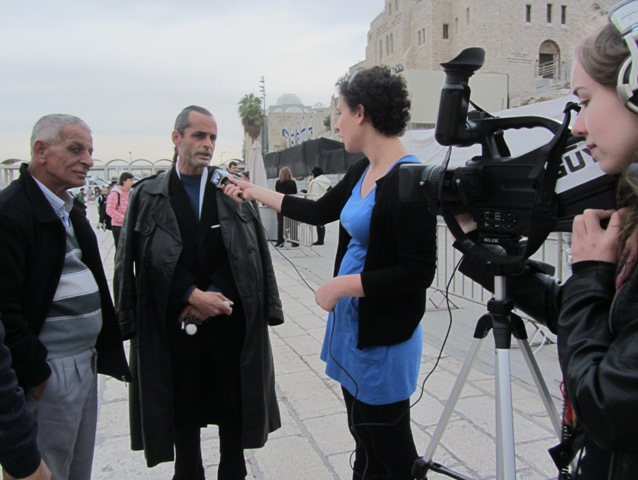 as both international journalists 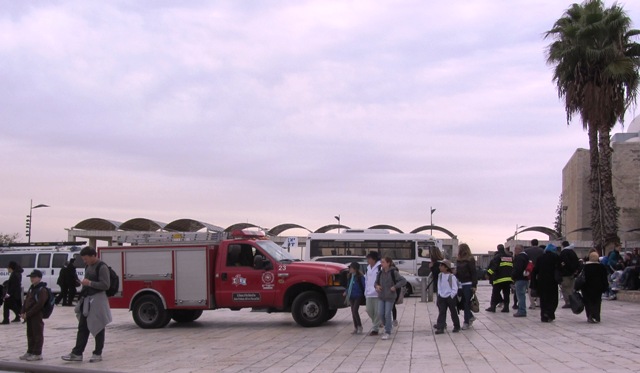 Wonder if they noticed that at 2:00pm, 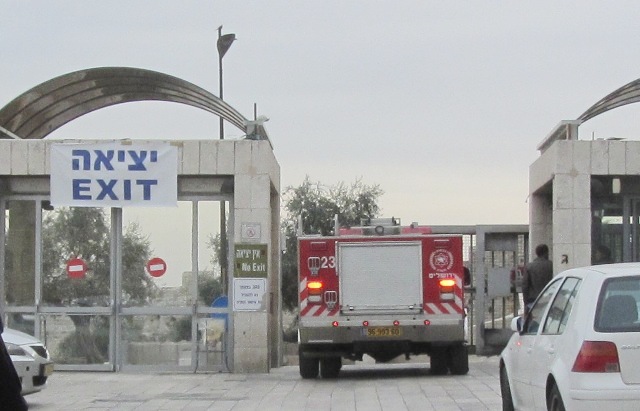 For Muslims there are ten different entrances to the Temple Mount,

for Jews and other non-Muslims, this gate is, or was, the only way to go. 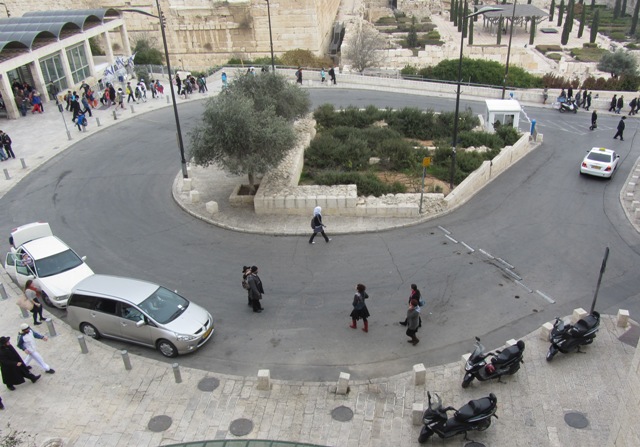 I wonder if any of them have actually seen what the fuss is all about?

in these last 24 years…would they care?