It is two weeks before Israeli elections 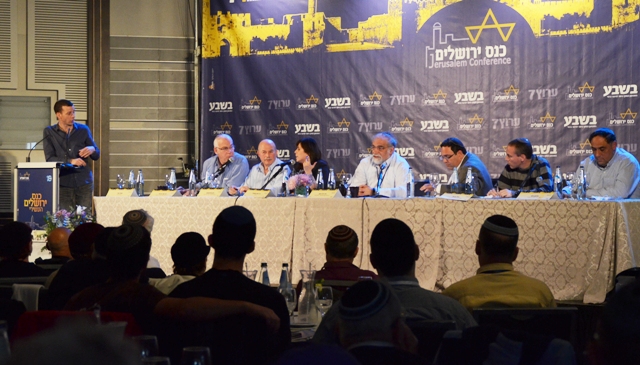 and candidates are debating. But it seems the only thing

people are talking about in Jerusalem, Israel

After all the rain of the last few days, snow was in the forecast.

Jerusalem schools were dismissed at noon. 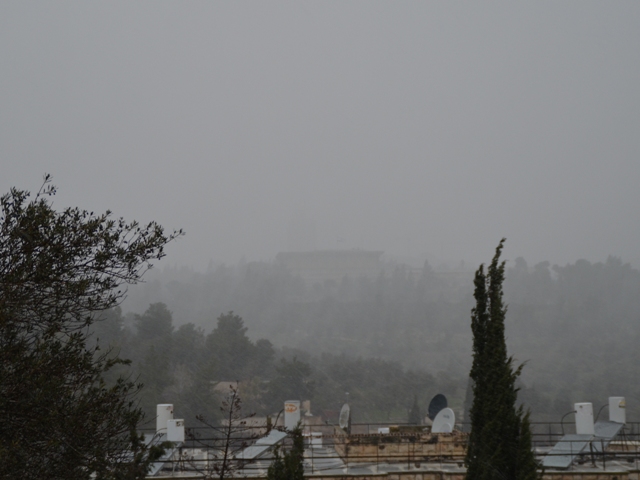 The winds did blow and grey clouds covered the sky. 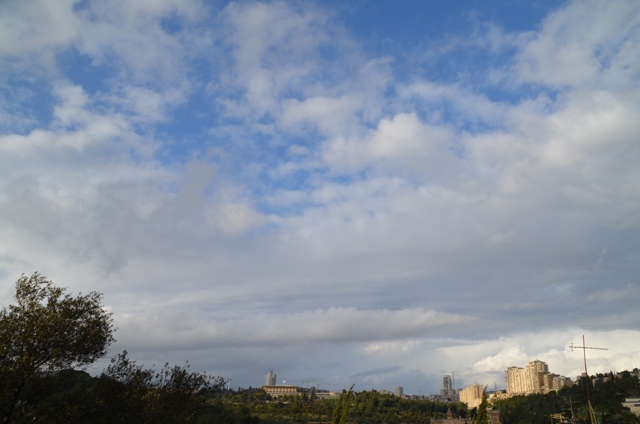 But the weather cleared and skies were blue and the sun shone. 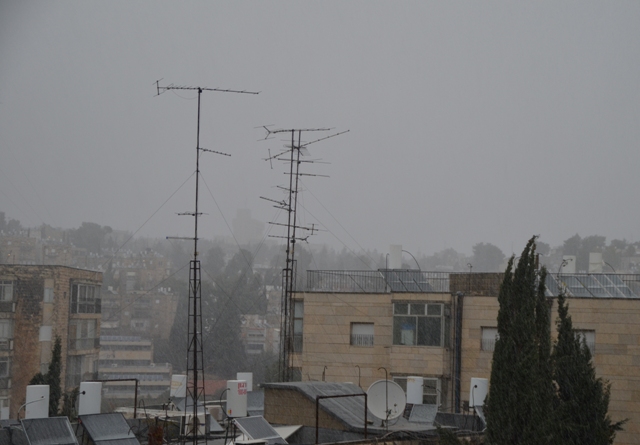 Then for a few minutes some snow and sleet came down.

As the world was hearing of Jerusalem covered in snow, 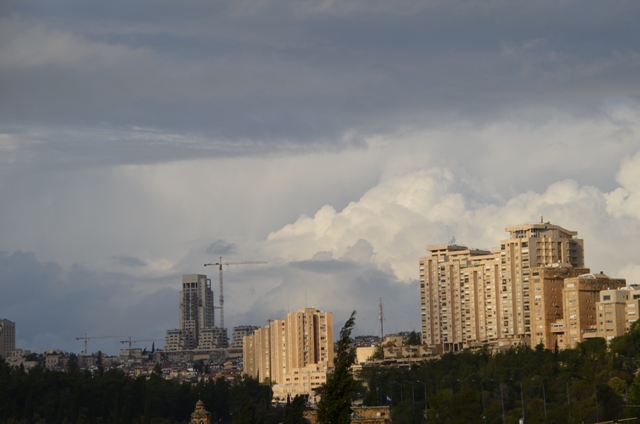 there was a rainbow, but I could not get to my camera in time.

So if you see a photo of a rainbow over Jerusalem from today,

please let me know who the lucky person was.

But if you see Jerusalem, Israel covered in a blanket of snow…

that was NOT taken today, maybe tomorrow, but not today.

Today may have been a schizophrenic weather day,

but it was not a snowy day in Jerusalem.

but shortly later it was melting.