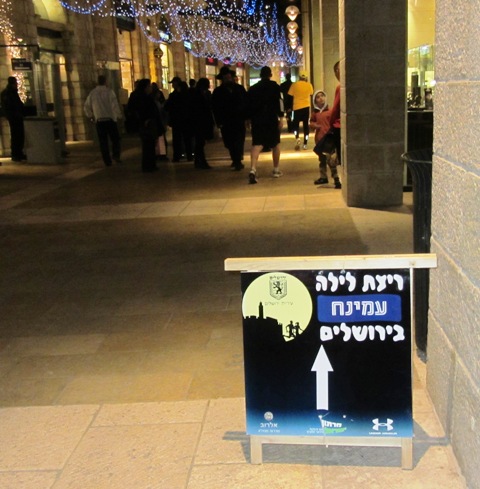 A sign in Mamilla Mall showed the way to the race starting point. 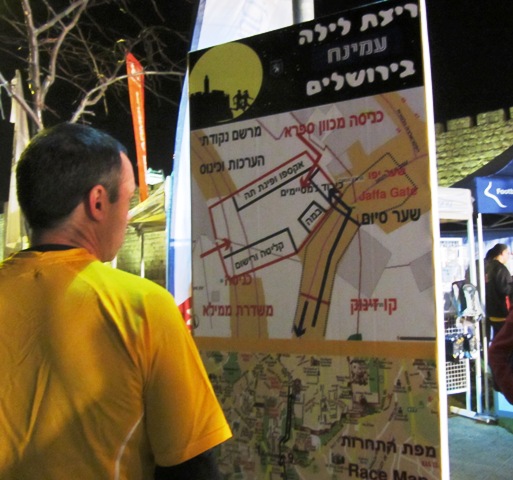 Maps of the route were posted, 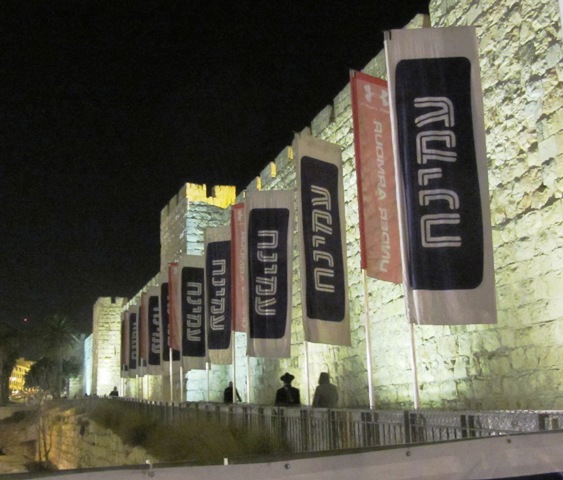 as the run was not around the walls of the Old City, but on city streets. 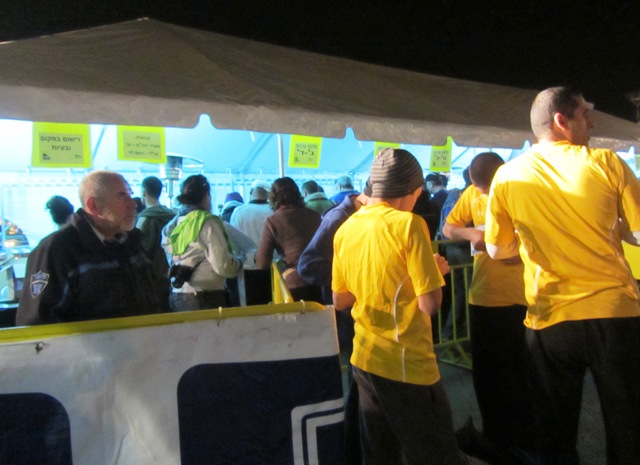 Runners signed up and received an official yellow race shirt 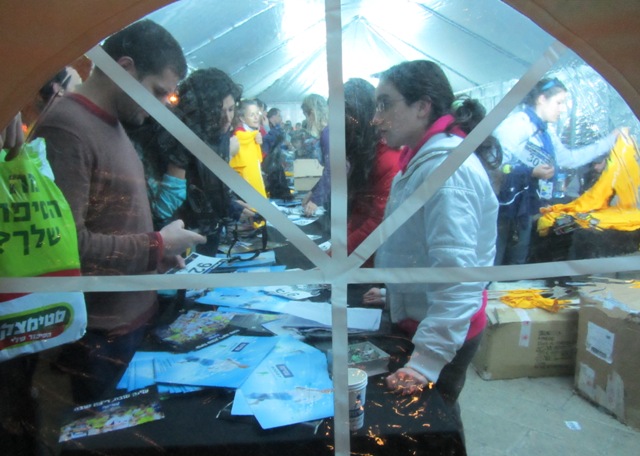 in a special tent in the plaza outside Jaffa Gate. 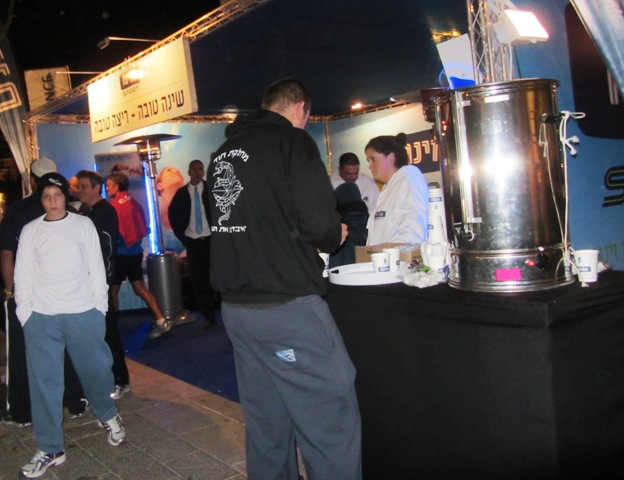 A dry, but cold night, cups of complimentary hot tea were really appreciated. 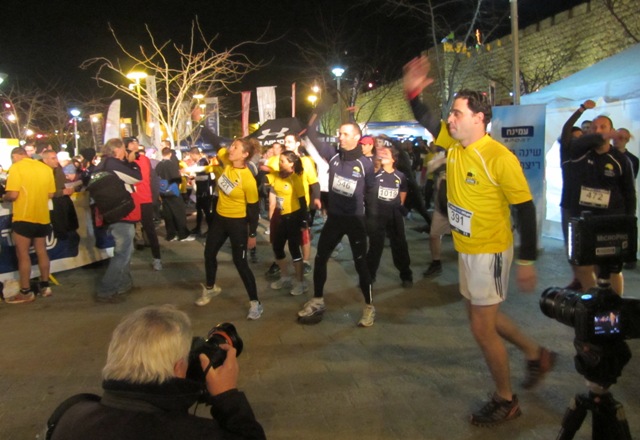 An aerobic warm up to loud music for runners before the race, 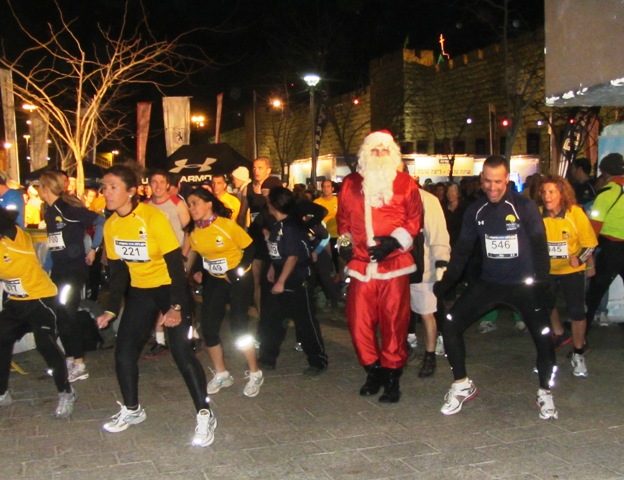 got even more attention from the press when a Santa decided to loosen up. 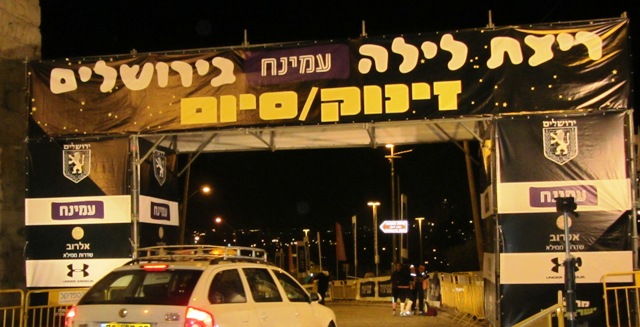 As the last taxi left the Old City and the road was closed to traffic, 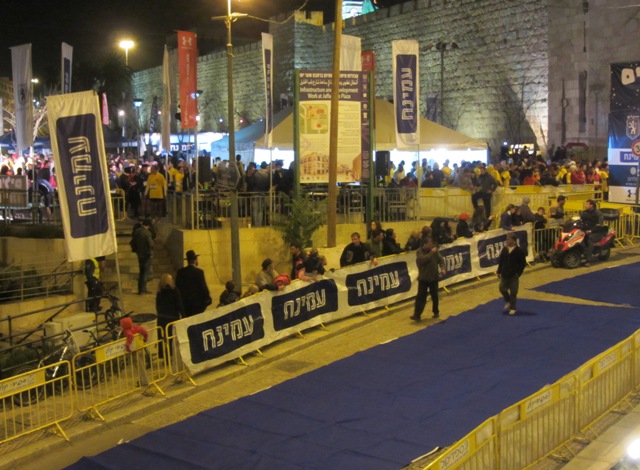 a blue carpet was laid to the official starting line. 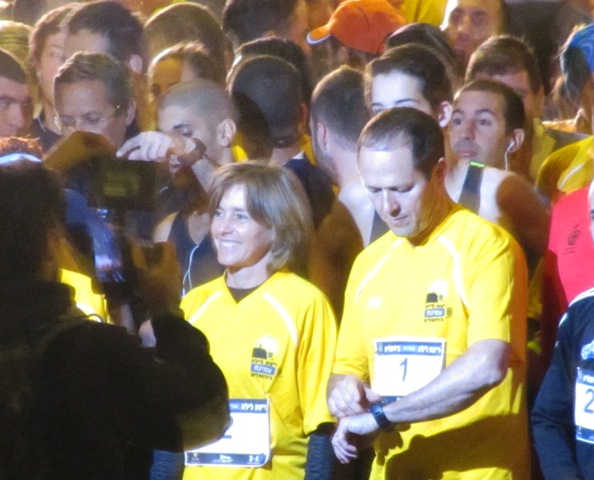 Mayor Nir Barkat and his wife Beverly were front and center,

but he was not smiling as he looked at his watch. 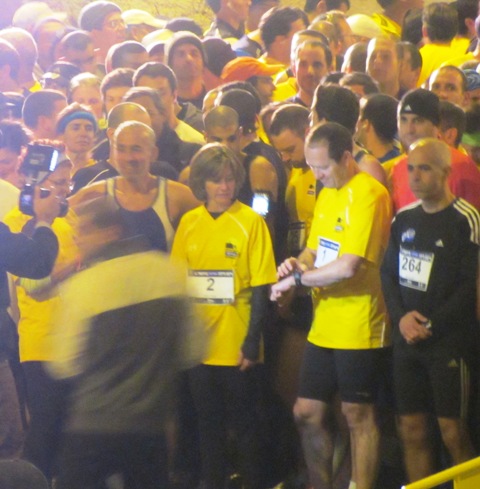 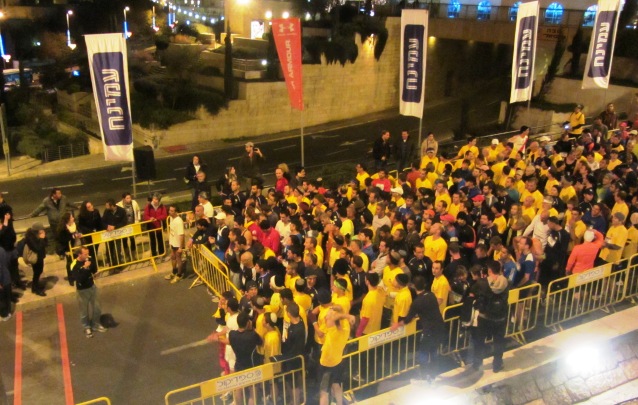 The runners were ready at the starting line on time, 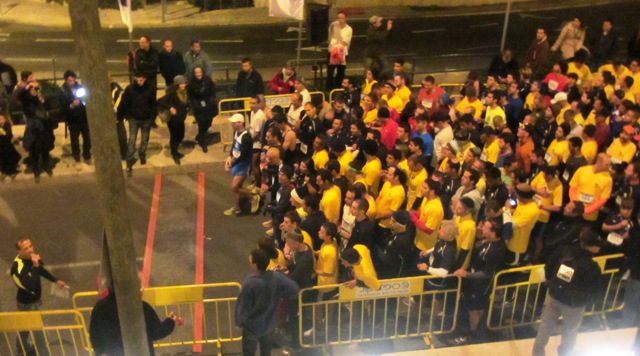 but had to wait another ten minutes for the race to begin. 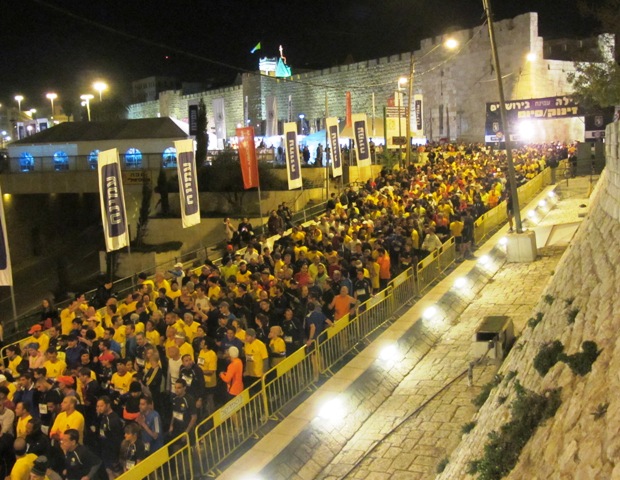 Over a 1000 runners ran to the starting line 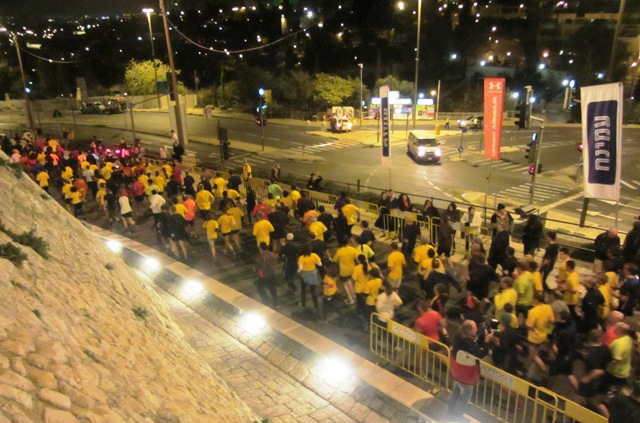 and down the road on the Jerusalem Night Run. 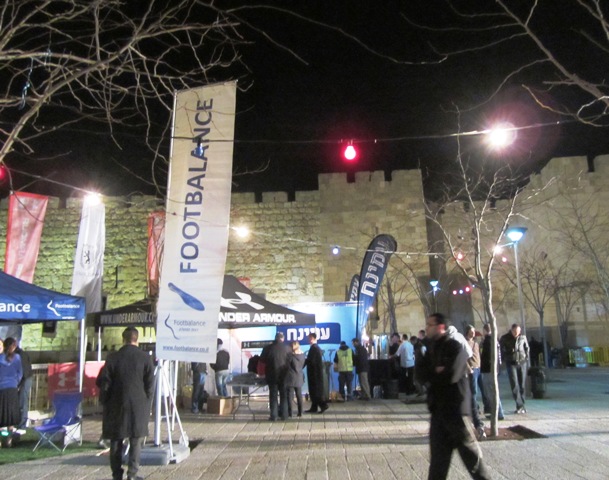 The plaza area was mostly empty during the run, 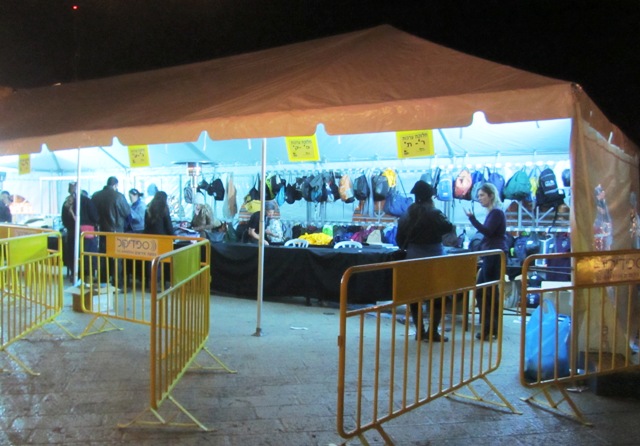 the tent with runners’  backpacks was full. 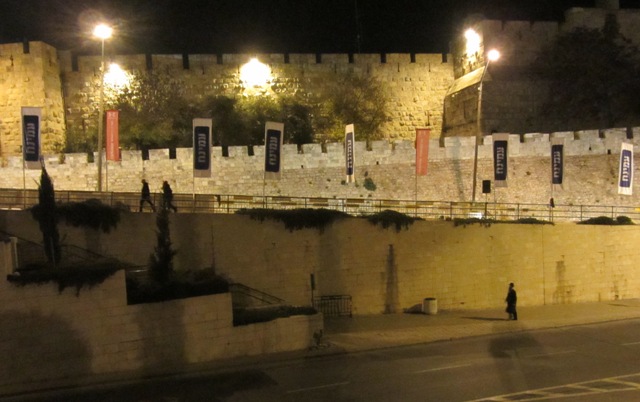 Most spectators did not hang around in the dark and cold 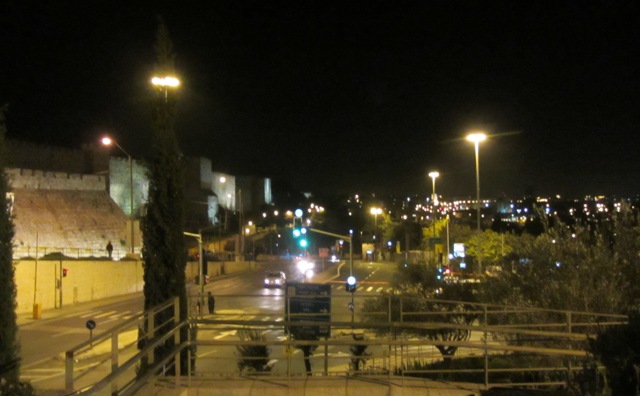 to watch for the runners to return.

The Jerusalem Night Run was advertised to be a warm up

to the Jerusalem Marathon in March.

More pictures from the Night Run can be found at this Facebook link: