Often I am asked, “What are you going to write about?”

This week it is a really good question,

as I am just back from a two-week trip to New York City, 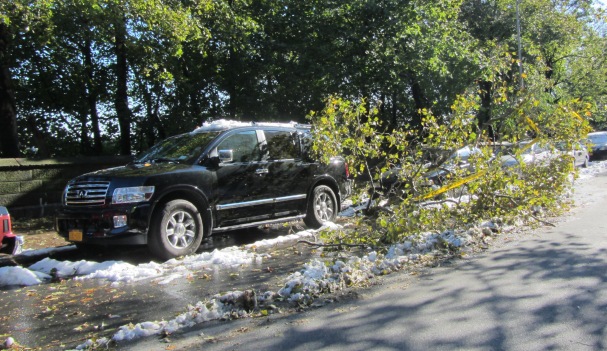 where snow and large trees were falling and no one was quite ready for winter.

As always, taking a walk is the only way to see what is really happening. 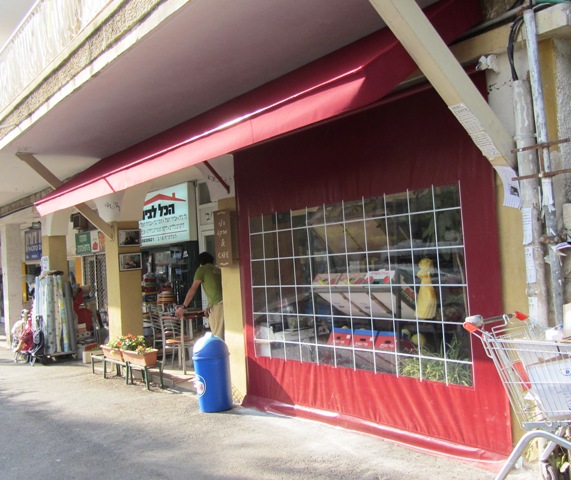 Businesses are enclosing outside areas in preparation for winter. 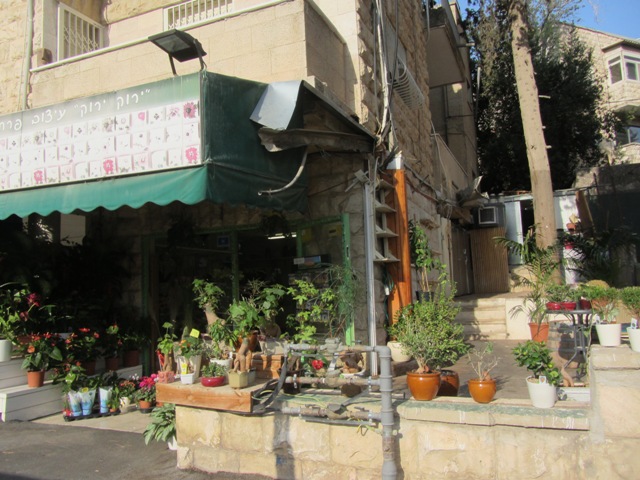 that the city demolished this week at Yarok Yarok florist shop.

Did you hear about that from any protest group?

were for a public safety drill;

however this week’s sirens in the south were for 40 missiles fired from Gaza.

A new flotilla heads toward Gaza and

shots were fired from Gaza at Israeli soldiers on patrol.

Perhaps that is how they get ready for ‘Arab Winter’?

I found that in Jerusalem, 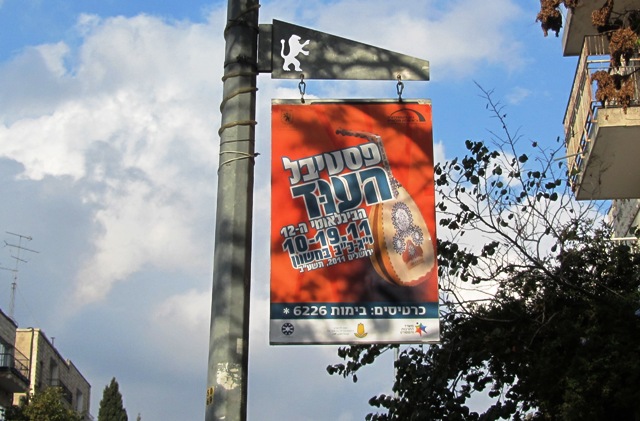 signs for an Oud music festival 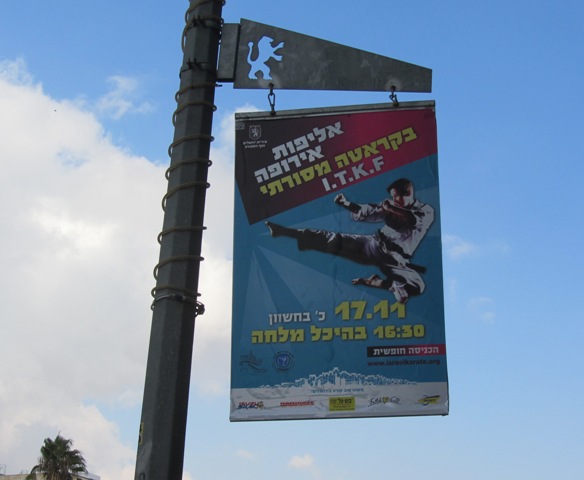 and an international karate competition are up. 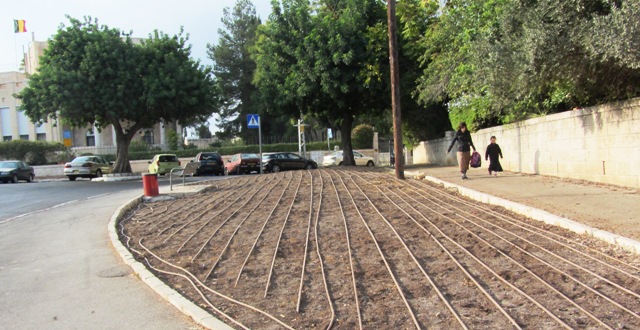 They are changing the plantings in these flowers beds…again!

Someone has to be making a lot of money here, but that’s a whole other post. 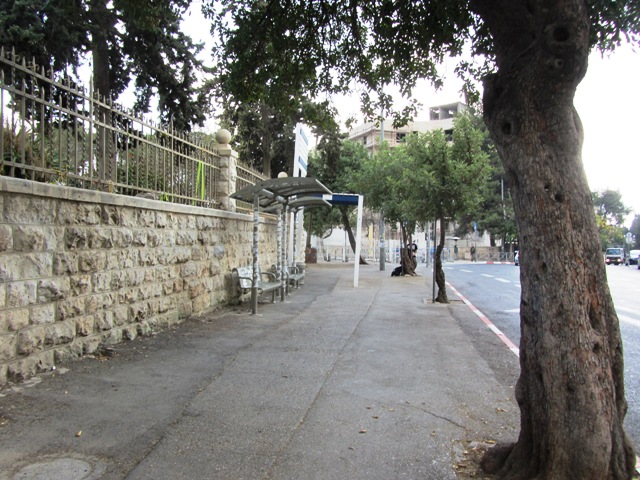 The Shalits have gone home and the street has been cleaned up, 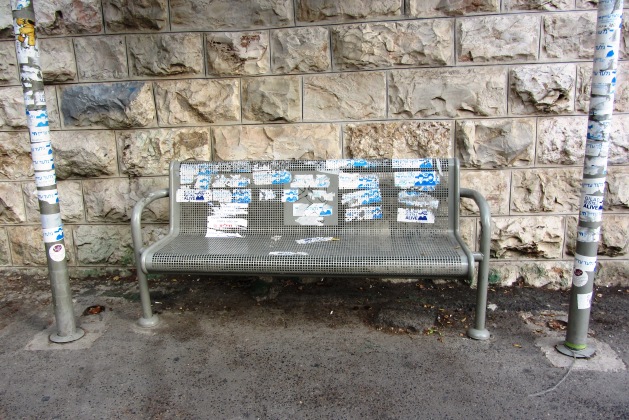 but it will be a long time until 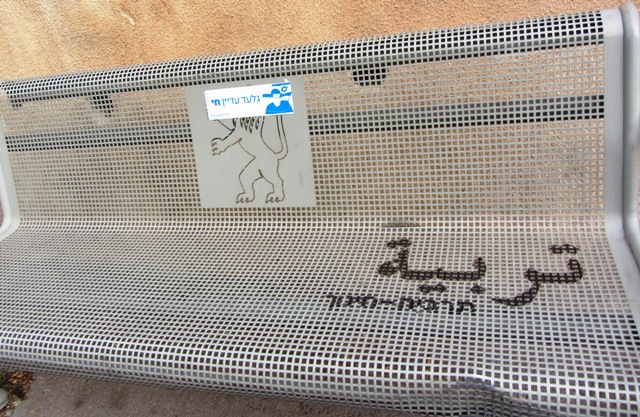 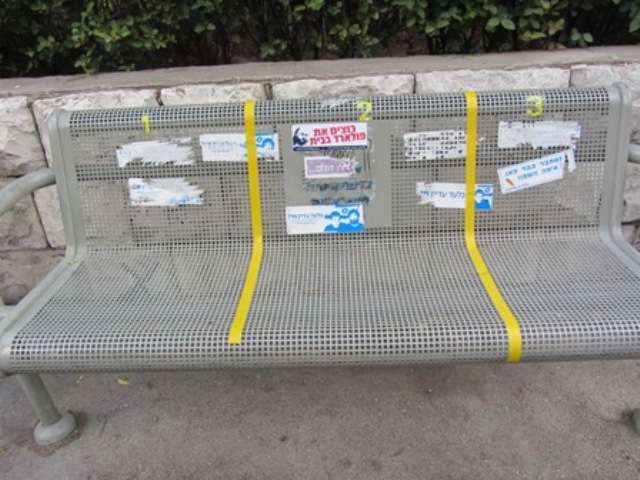 are gone from benches around the city. 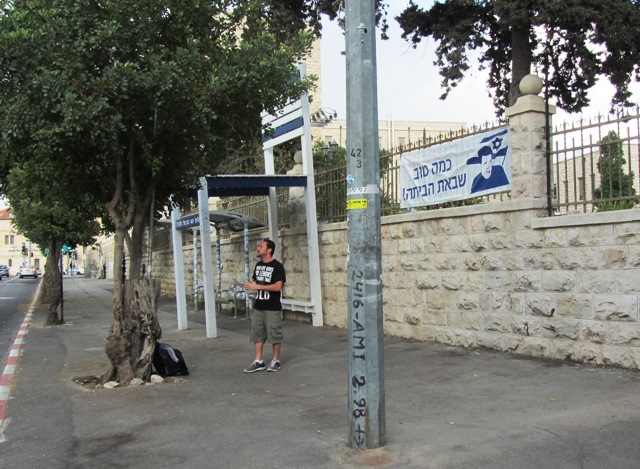 Only the large chair and a banner remain on the sidewalk, 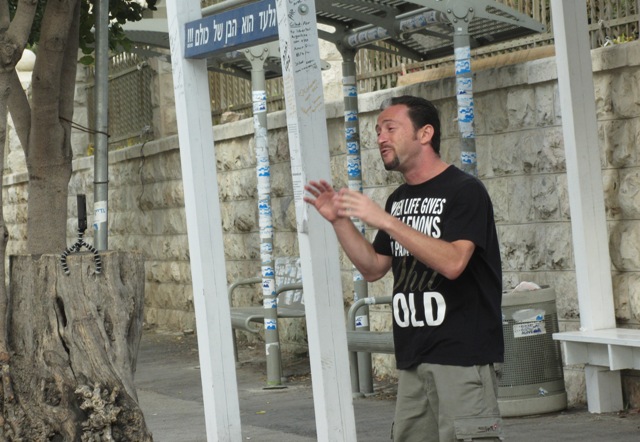 which seems to be a perfect background 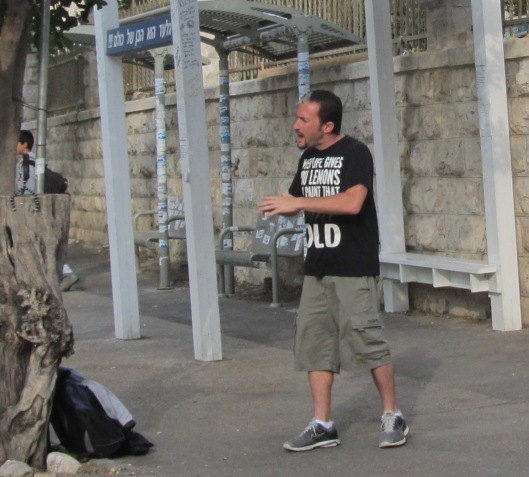 to record your own rap song about Gilad Shalit. 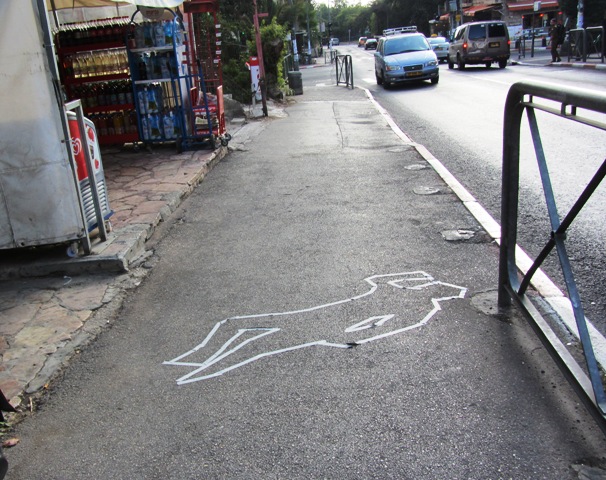 Someone used a lot of tape to make many similar designs 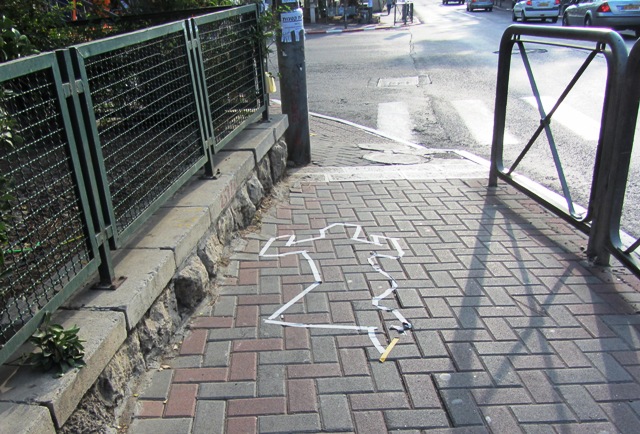 along the sidewalks on Azza Street.

You never know what you will find on the Jerusalem streets.

However, the really big news is 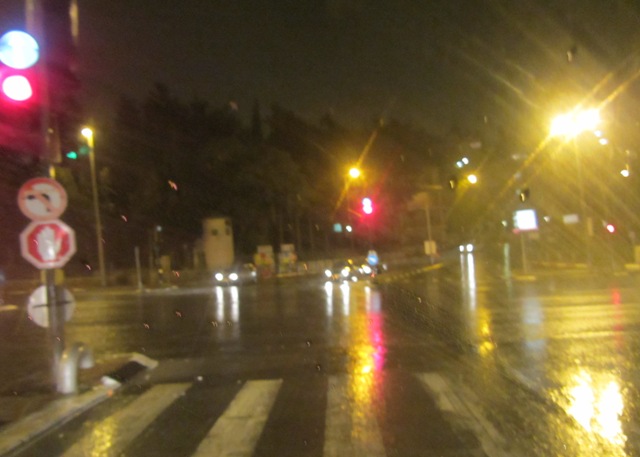 The protesters living in tents in Gan Sacher, Sacher Park 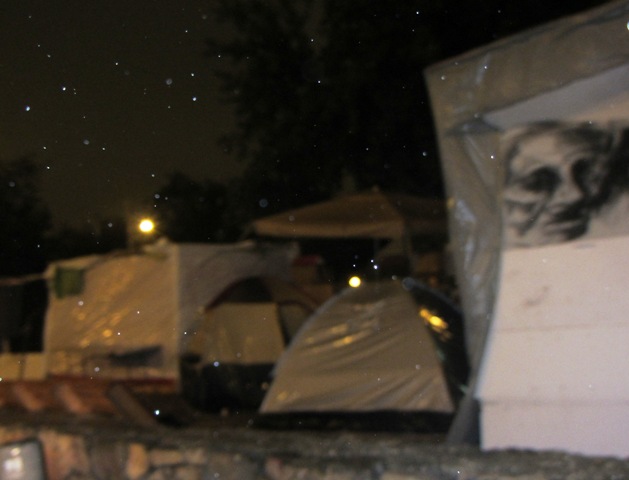 will find that Jerusalem winter wet weather is bone-chilling cold.

As the lightning and thunder continue,

I’m glad I planned to go to the Jerusalem Knights next week.

This is a good night not to be out.

So glad to have the rain,

but are we really ready for winter?

2 thoughts on “Ready for Winter”