The Jerusalem Marathon is coming. 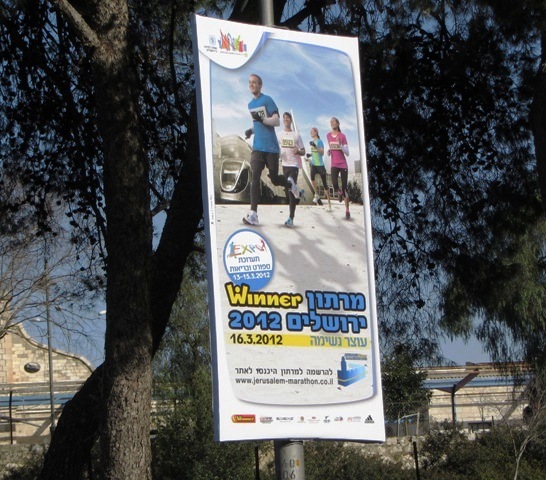 Signs announcing the March 16th event seem to be everywhere.

For months now, the grounds near Gan Sacher, Sacher Park , 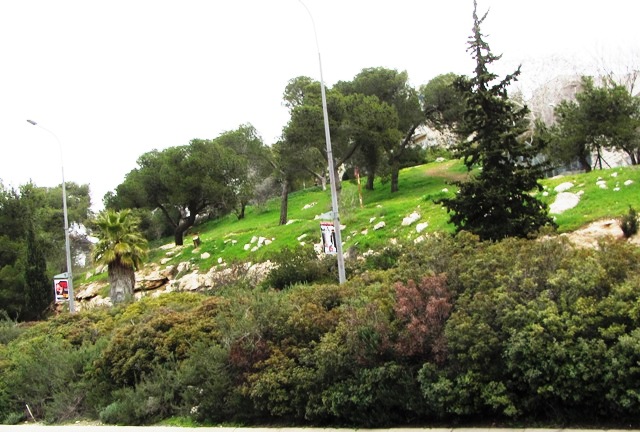 both along the marathon route around the park 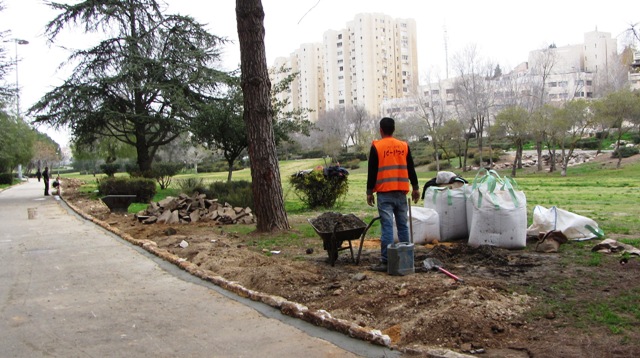 and in the park have been improved. 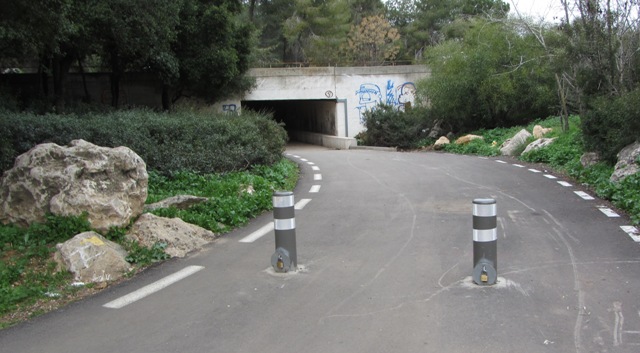 Roads leading into the park have new bollards installed.

While around the world “Occupy” tent cities have been emptied,

often by police on horseback in riot gear,

the tents near the main entrance of Gan Sacher 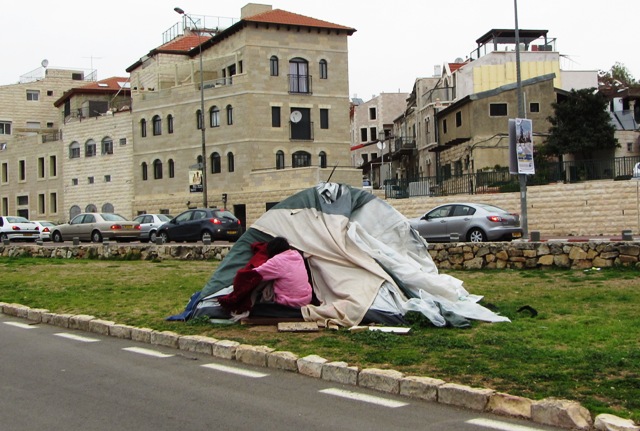 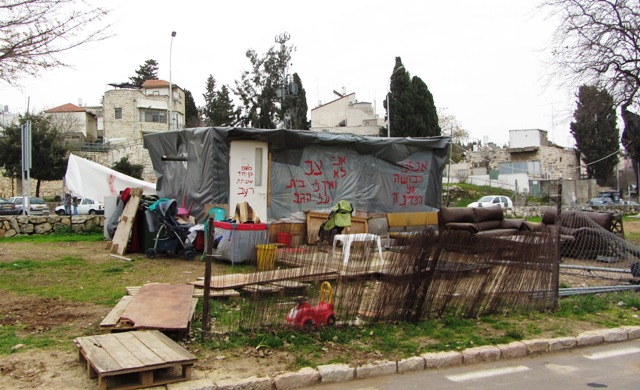 In spite of a rainy and cold winter, 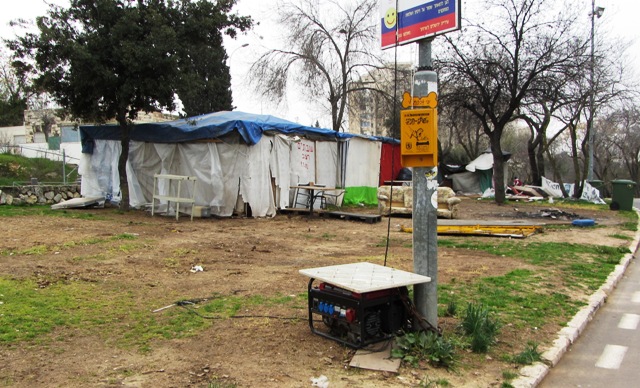 families live in the makeshift dwellings. 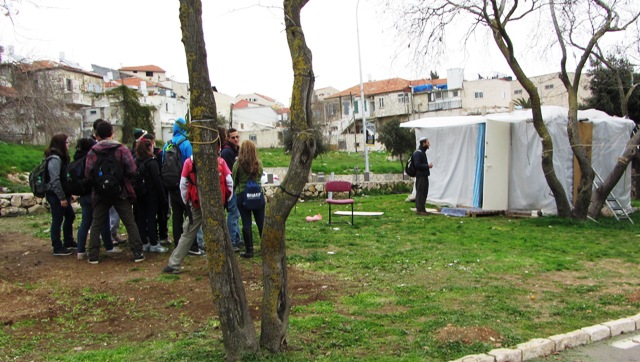 These young people may be on the ultimate social justice field trip,

wanting to interview people who have refused offers of temporary housing.

With thousands of people expected in Jerusalem for the marathon, 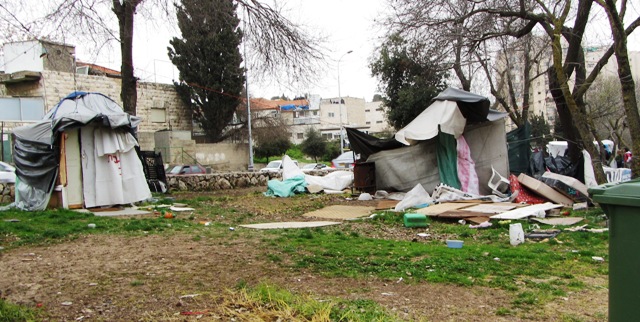 it is hard to imagine that this scene 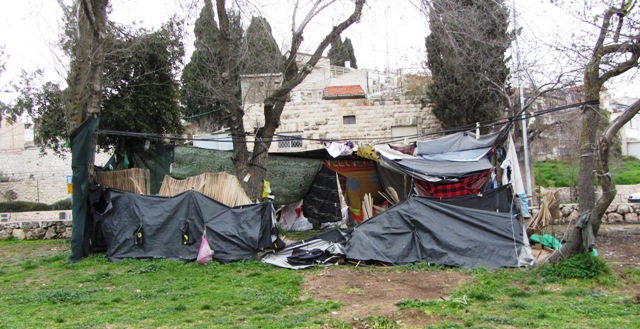 and these structures will still be here next month

when the Second Jerusalem Marathon is run.

If you missed the marathon last year, be sure and see:

Prices are high and salaries are low… that is not news.

and fewer tourists came for the Israeli summer heat,

but the streets are not empty, for there are demonstrations, protests and parades.

There have been comparisons to the “Arab Spring”,

but the policemen were sitting on the grass, not attacking the crowds.

The demonstration had colorful balloons and hundreds of tank tops, not tanks.

Cameras fill the streets, as the media is out to capture every minute of this one.

In Paris Square, a counter demonstration is small and loud,

but only a few security people seem to pay attention.

A new sign was posted specially for this Israeli summer event.

Noam Shalit, father of Gilad Shalit, came out of his protest tent

and joined the crowd to watch the Gay Pride Parade.

Main streets were closed, but many people were unaware of the parade,

so they got to experience the traffic jams of another protest in the Israeli summer.

and the head of the medical association is on a hunger strike.

Since everyone is protesting this summer, I protest…

that with so many police on the corner, not one would help direct traffic.

On Friday morning, thousands of mourners stood in the blazing summer sun for

the funeral of the Baba Elazar who was murdered in his home in Beer Sheva,

but buried in Har Hazeitim Cemetery in  Jerusalem.

A year ago was the funeral of Rav Yehudah Amital z”l.

The month of Av has only just begun…