As I begin to melt and slow down in the heat,

these purple flowers are thriving all over. 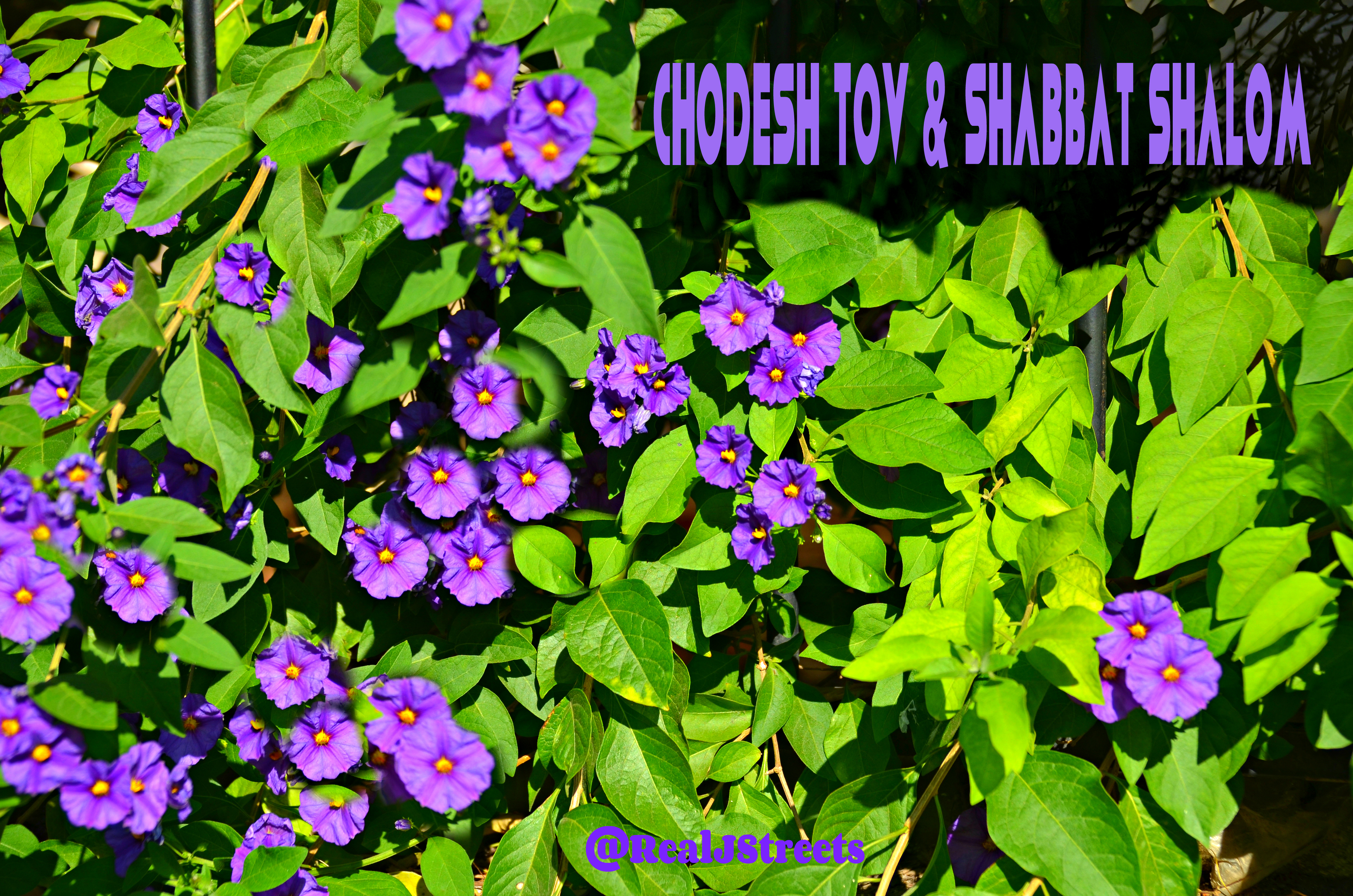 thousands of people had a very early start to their day.

Arriving near the Kotel, the Western Wall Plaza at 7:00 am, this was the scene.

A group of young men,

one woman with a whistle and one with signs were protesting against the Women of the Wall’s Rosh Chodesh prayer service. Not all the WOW were praying–

some were talking to the press, as there were plenty of cameras again. The regular men’s section was not crowded,

Deputy Mayor of Jerusalem Yitzhak Pindrus was there.

It was the women’s section that was full.

Women for the Wall had brought out thousands of religious women and girls.

They continued to pray silently, in stark contrast to the noisy protesters,

though there was not enough space for all of them

and the group extended well into the Western Wall Plaza.

While the Women of the Wall and Women for the Wall were the center of attention,

I liked these scenes. At least a few of the security people found time to pray.

And in the middle of it all there was a Bar Mitzvah celebration.

Wonder if someone thought that with an early start it would be less crowded? The Women of the Wall were not happy with their site and the police.

After their service had ended, and after singing Hatikvah,

the Women of Wall group continued singing before going to their buses.

There has been lots of chatter on Facebook about both groups,

with some good, some bad and some ugly comments.

The two sides do not seem to be getting closer

and many people do not want to hear or think about this conflict any more.

what the Deputy Mayor was thinking at this moment?