Anyone else in the mood for simple pretty Jerusalem flowers?

After over a year filled with uncertainty and pandemic isolation, followed by rockets and 11 days of the war, we had a week filled with transitions in Jerusalem, Israel.

Beit Hanasi, the Israeli President’s residence, has been getting ready for the change of residents for many weeks.

The term of Reuven Rivlin, the tenth President of Israel, is coming to an end. His position of honor in the garden was being prepared months ago.

President-elect Isaac Herzog spoke as head of the Jewish Agency at the last major event before corona that I attended at Beit Hanasi.

However, it was at a bar mitzvah event in a Jerusalem synagogue, where Herzog was impressive. The deaf youngsters had a father or older male standing next to them, except for one 13-year-old in the front row, who stood – alone. Herzog noticed and came over immediately to the help the boy put on tefillin for the first time.

Will there be a transition to a new Prime Minister also this week?

The Netanyahu House gate was open a bit this week. Passing cars slowed to get a glimpse at what is happening behind the new security wall. Will this Jerusalem neighborhood get new full time residents? Stay tuned.

New signs were up for the transition to summer in Jerusalem parks, which include new Shabbat activities for children.

The Israel Festival as I mentioned is underway now and with live events.

New Jerusalem playgrounds have popped up like colorful mushrooms,

as the skyline is rising rapidly higher at the entrance to Jerusalem.

The new school for music and the arts is ready for the next school year. This 2021 year, Jerusalem high schoolers had so few days in schools.

The construction work continues to go down as well as up, these pipes were ready to be used under King David Street.

The first section resurfacing between the King David Hotel and YMCA has been showing signs of progress.

Walking around this past week to see what was happening, things felt different. The transition from corona-closed to coming back to life could be felt. The weather was great for walking. Seeing friends after over a year and recognizing them was marvelous.

One visitor to Jerusalem I recognized leaving the Citadel Hotel. Senator Ted Cruz was here on a support mission, as was a group of US rabbis.

People travelled, with lots of paper work and tests, from around the world to attend weddings and family celebrations held in Jerusalem.

A wedding on the Tayelet with the Old City in the background – always a favorite and not to be missed, especially when you have connections to the families for many years.

The umbrellas were back over Yoel Salomon Street for summer fun.

The shops on the street were lit and open again, transitioning back to life.

This one of Jerusalem’s less ‘proper’ streets, is slowly transitioning away from sleazy bars. Walking on the street was an English-speaking couple I guessed were looking for a restaurant one street over.

Yes, lights were up again at night to welcome the visitors downtown.

While uncertainty and transition surround us daily,

in nature, we see a continuity of transition, pomegranates forming from the blossoms on the trees lining the paths along the Jerusalem streets,

and the wonderful vivid colors of the flowers along those streets.

Hoping to see you all here again soon on the Jerusalem streets.

It’s the hottest September in Jerusalem in close to 120 years!

At least this crazy summer has been good for flowers,

hope these brighten your day. 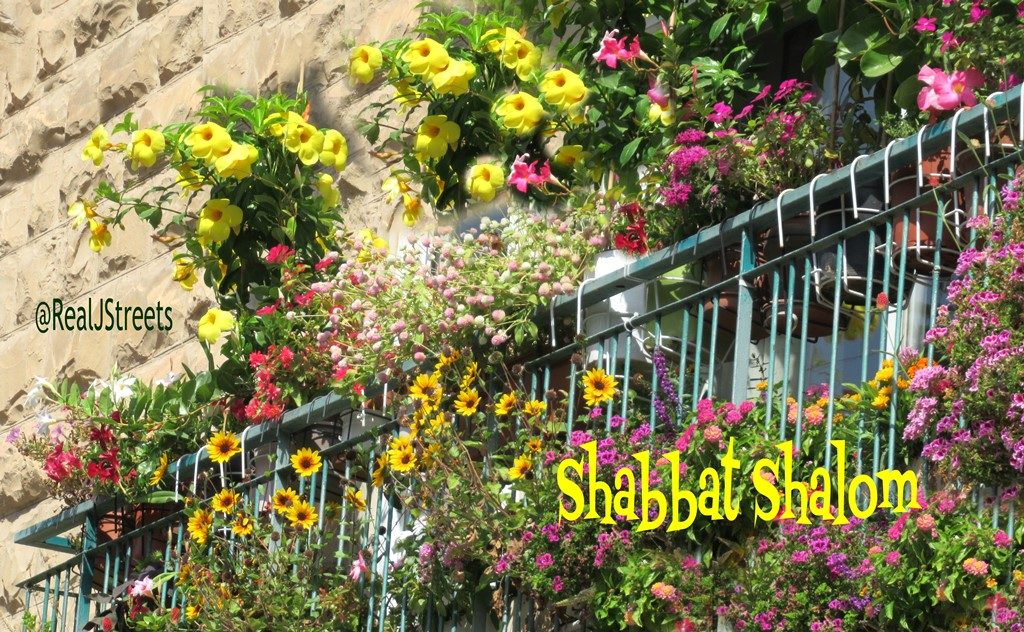