What a glorious week in the neighborhood!

The Jerusalem, Israel, streets were lined with fall flowers bursting with color.

After a surprise early rain on Shabbat the air is clear under a blue sky. 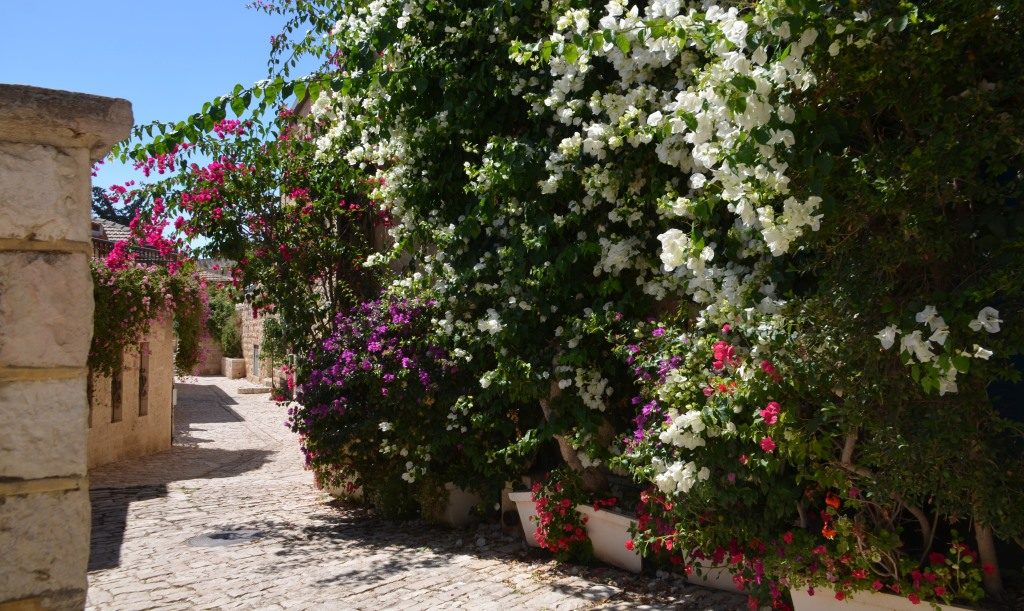 The streets of Yemin Moshe are more marvelous than usual. 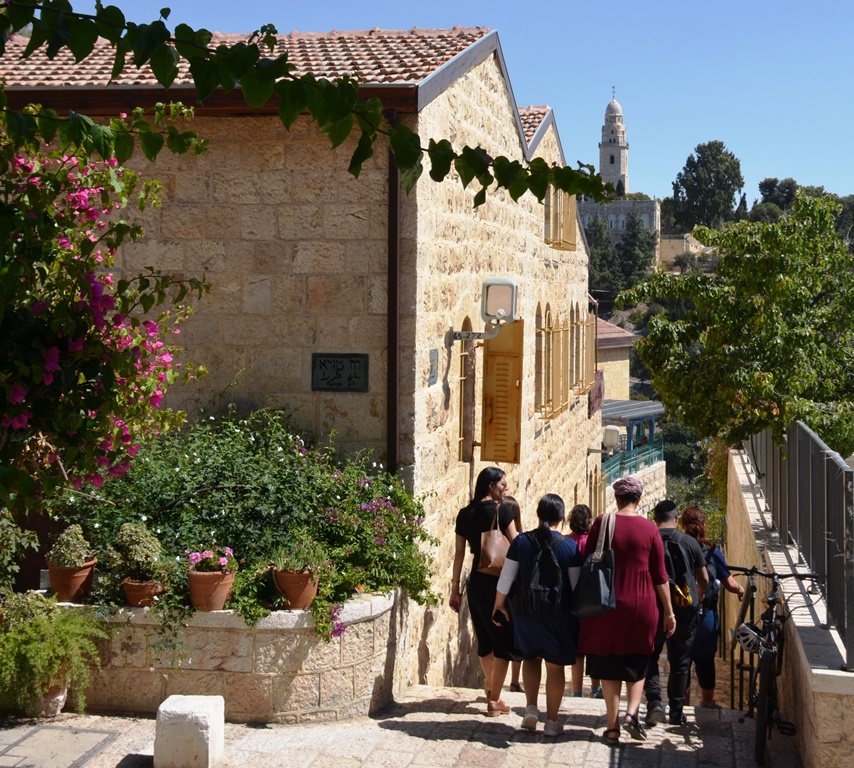 I hope all those tour groups appreciated the beauty as they walked. 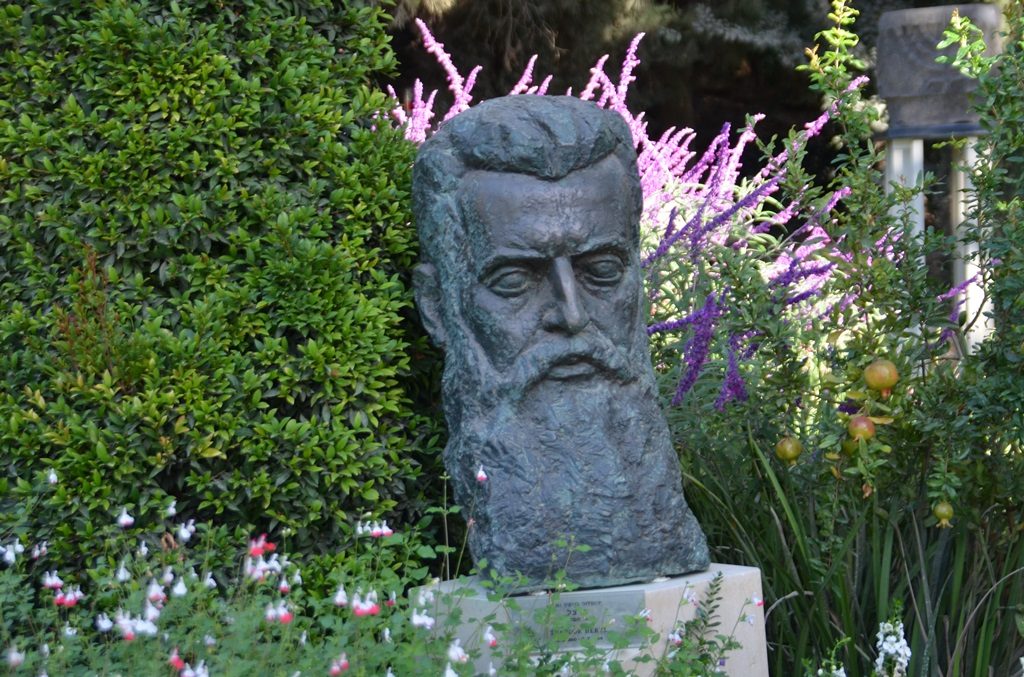 After so many times at Beit Hanasi, the Israeli President’s Residence, for the first time, this week I noticed the pomegranates growing next to Herzl. 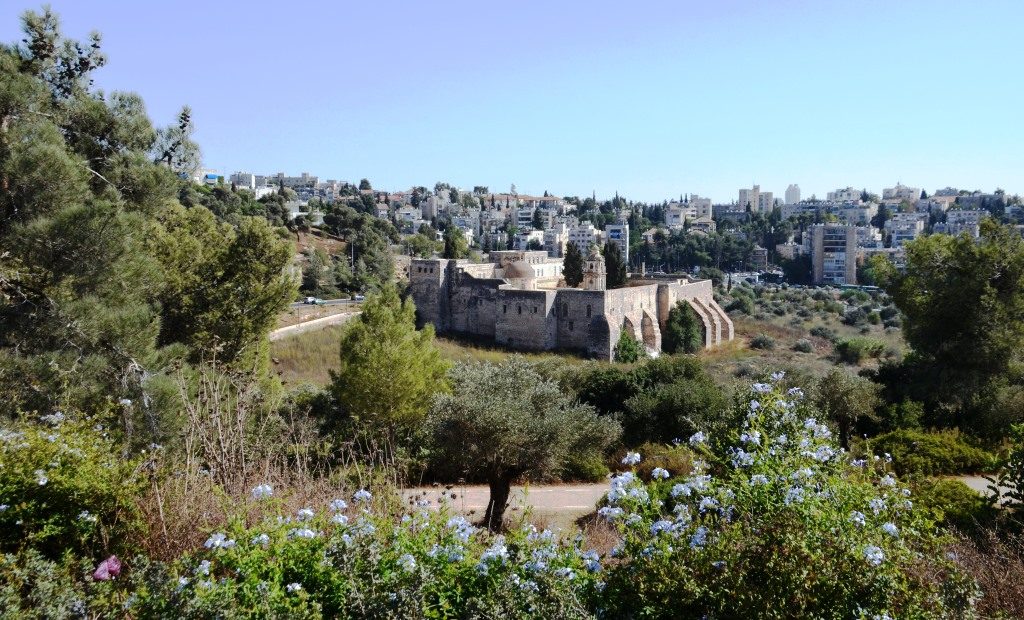 What a view from the new lookout point over the Valley of the Cross! 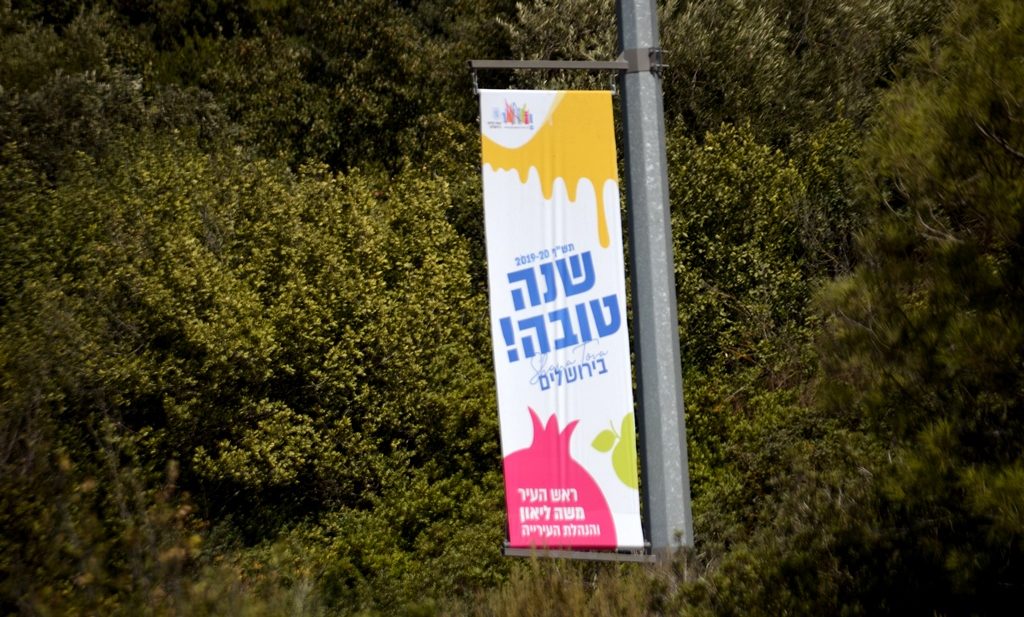 Shana Tova! Have a Good Year! say the signs over Jerusalem streets.

Music in the Sultan’s Pool, music in Kikar Safra, and musical selihot and songs in so many locations.

Tens of thousands filled the Kotel, Western Wall, plaza and the entire area for the annual midnight selihot before Yom Kippur. 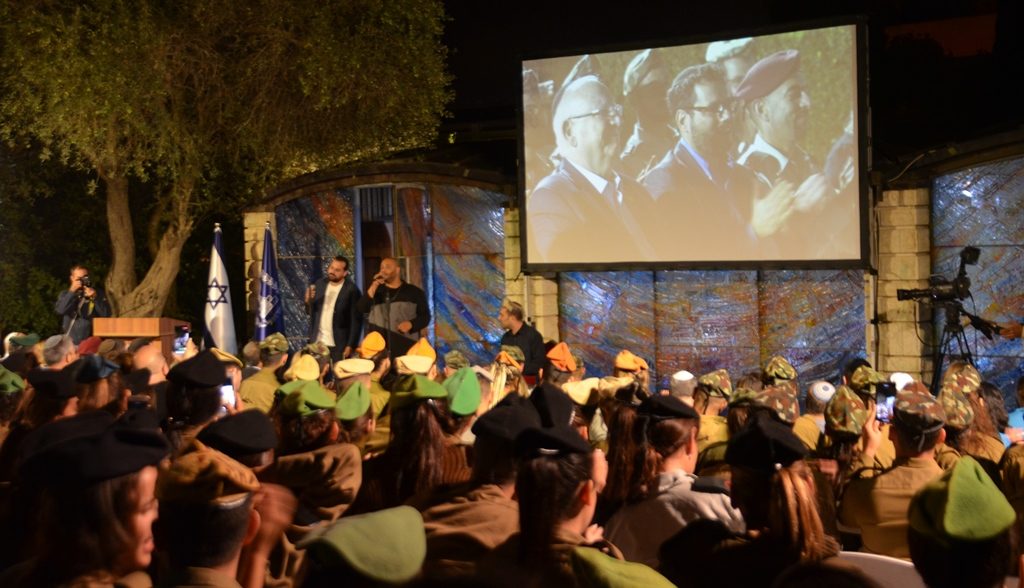 For the sixth year, President Rivlin hosted a selihot service with music. Bigger every year, this event had 500 guests in the back garden next to the synagogue. 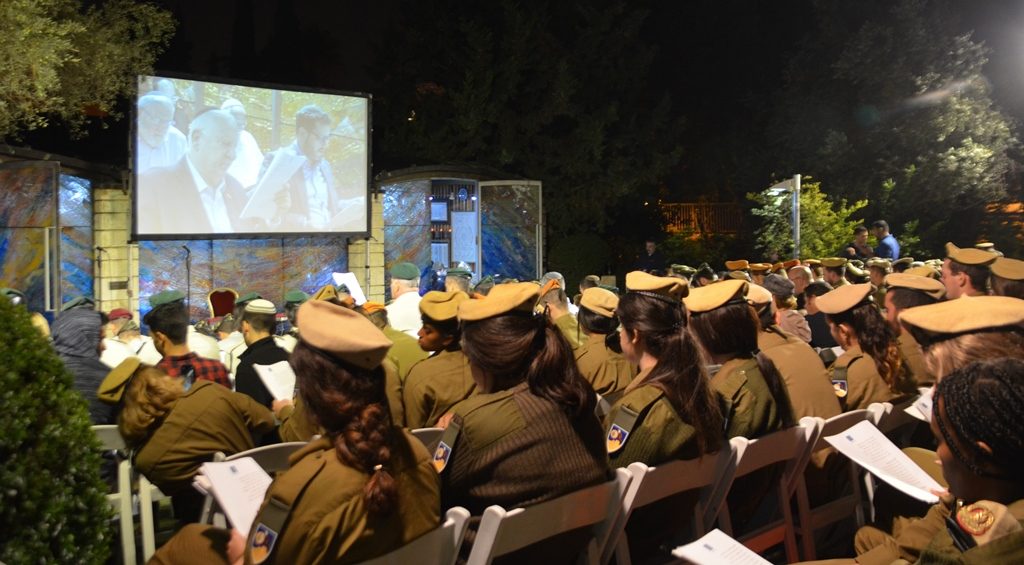 IDF soldiers, students in pre-military programs, and members of the daily morning prayer group were all invited.

Music before the selihot prayers with Shai Tsabari and Akiva Tourgeman. 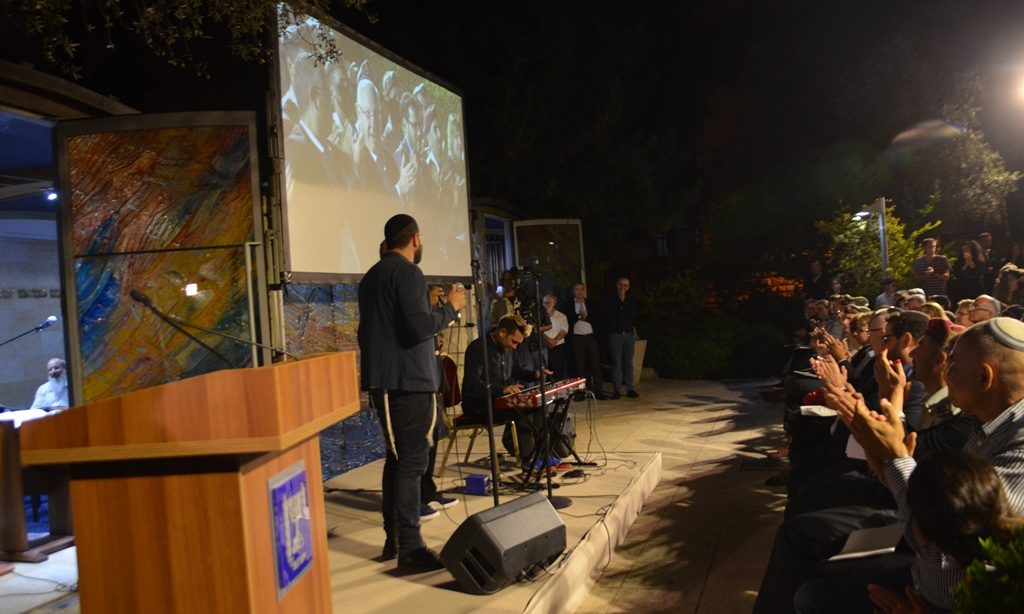 The crowd clapped and often sang along.

Large screens showed those outside what was happening inside the synagogue, and the President came out also.

By the end of the service and singing, it was close to midnight

Yom Kippur this year starts the night of October 8 and goes until nightfall on October 9.

Only around a quarter of Jewish Israelis (23%) plan on attending all the synagogue services.

But the streets should be quiet with no buses, trains or vehicles, only cyclists. 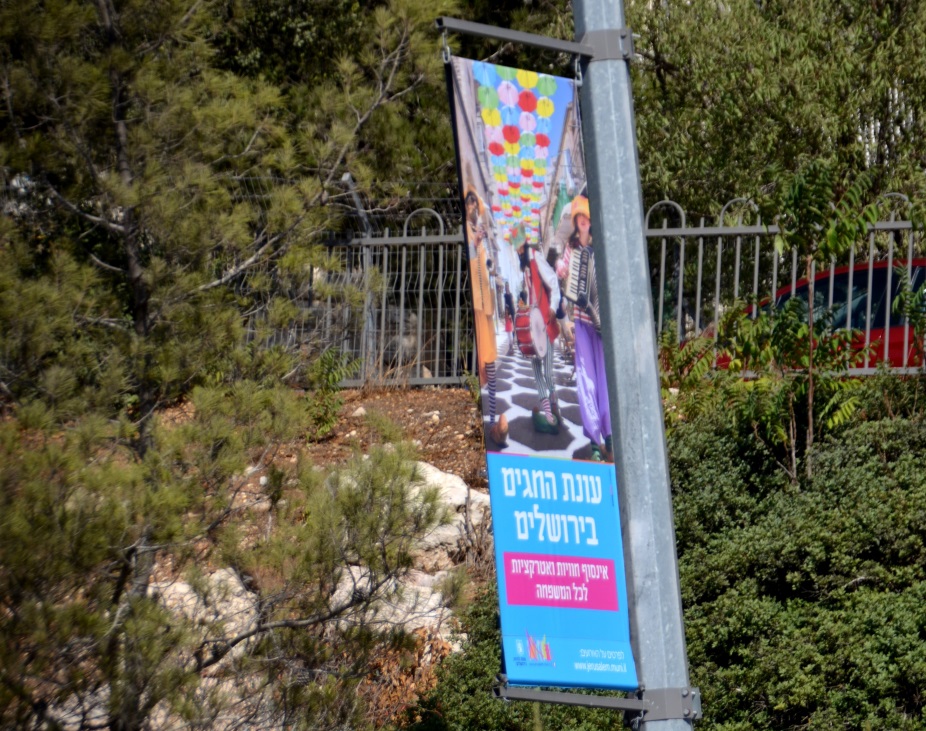 New signs are up for the holiday season in Jerusalem. 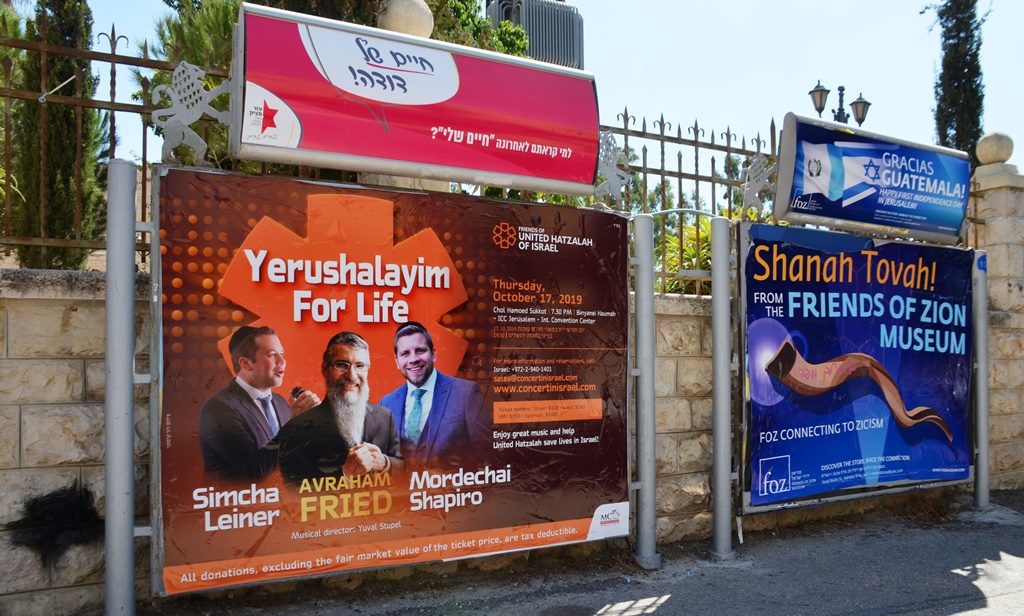 The Jerusalem Parade, with thousands of international marchers and hundreds of colorful costumes, will fill the Jerusalem Streets.

So much happening in Jerusalem, Israel, this season of holidays.

7 thoughts on “Jerusalem Season of Holidays”