The last Israelis in the Gaza Strip were forced from their homes 13 years ago.

Eighty-one communities are under fire, on the front line of a war zone.

Seven months ago a new terror method by the Sons of Zawari in Gaza began in the form of fire kites and balloons.

These blackened areas show the result of this assault on the environment.

One of the southern border cities most under attack is Sderot. 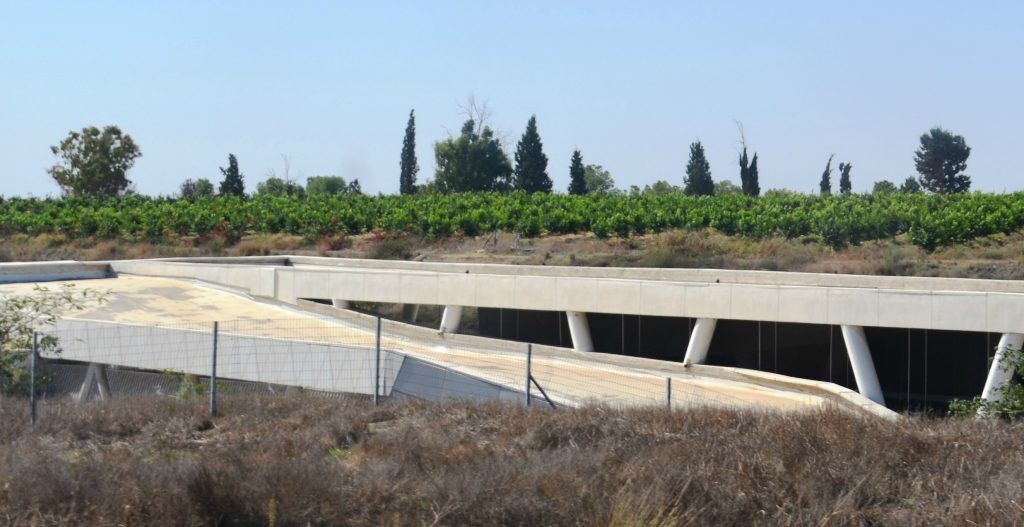 From the highway the train station appears inconspicuous. 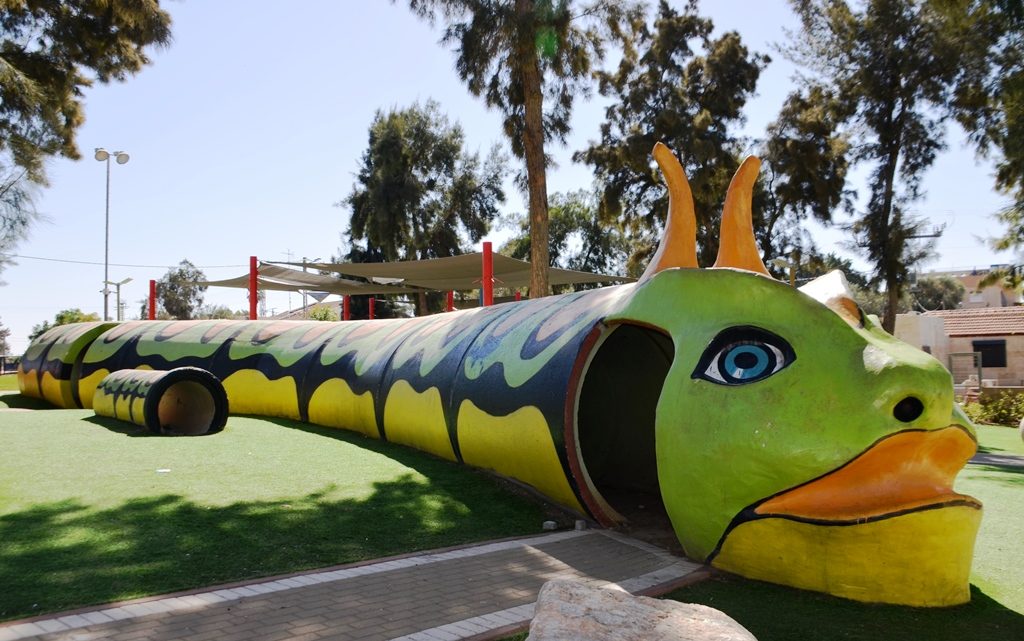 Because of missile and rocket attacks, in 2008, the ‘Caterpillar’ park was established as a safe haven for children on playground when an alarm is sounded. 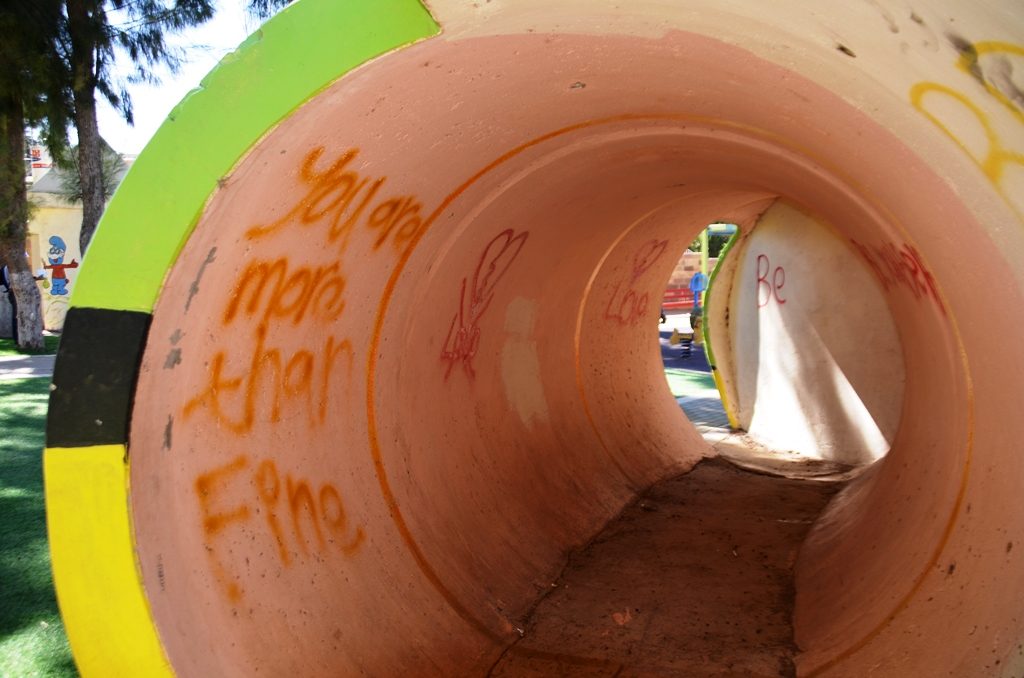 The Legacy Heritage “Park of Good Wishes” has grown over the years.

More cement pipes have been added as missiles continue to fall. 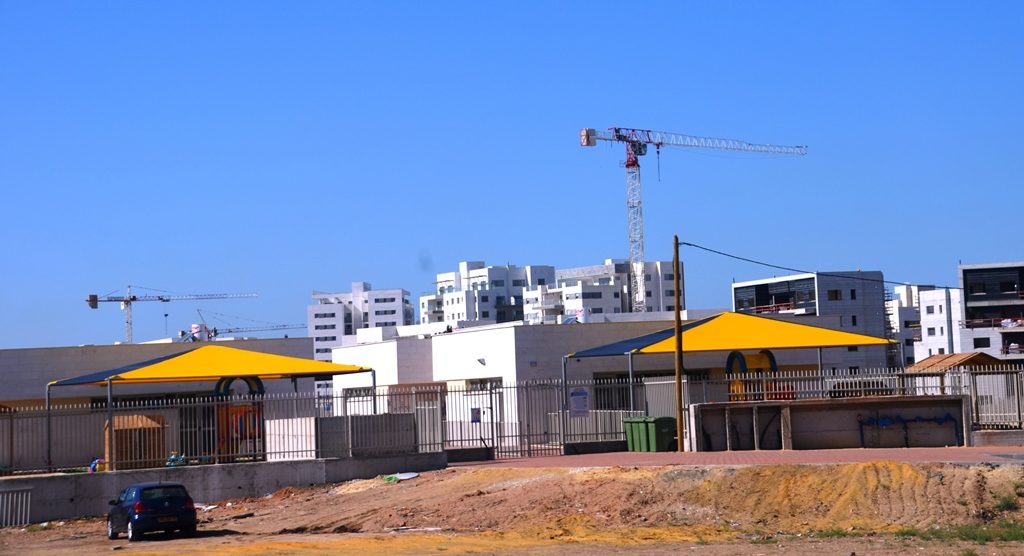 Not only in Sderot, but in Ashkelon as well, all new school buildings have cement roofs.

Half a billion dollars has been spent to provide bomb shelters in southern Israel.

This month a bomb shelter “safe room” saved a mother and her three children when a rocket made a direct hit on her house in Beer Sheva. 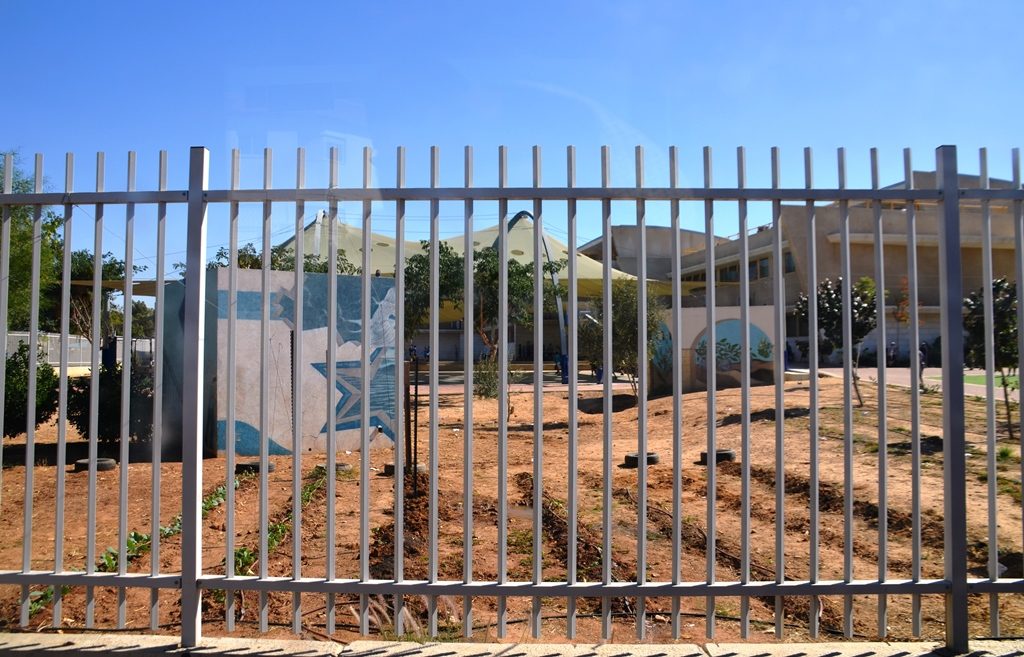 Not only safe rooms, but these decorated free standing bomb shelters have been erected in this new school playground next to the garden that the children are tending. 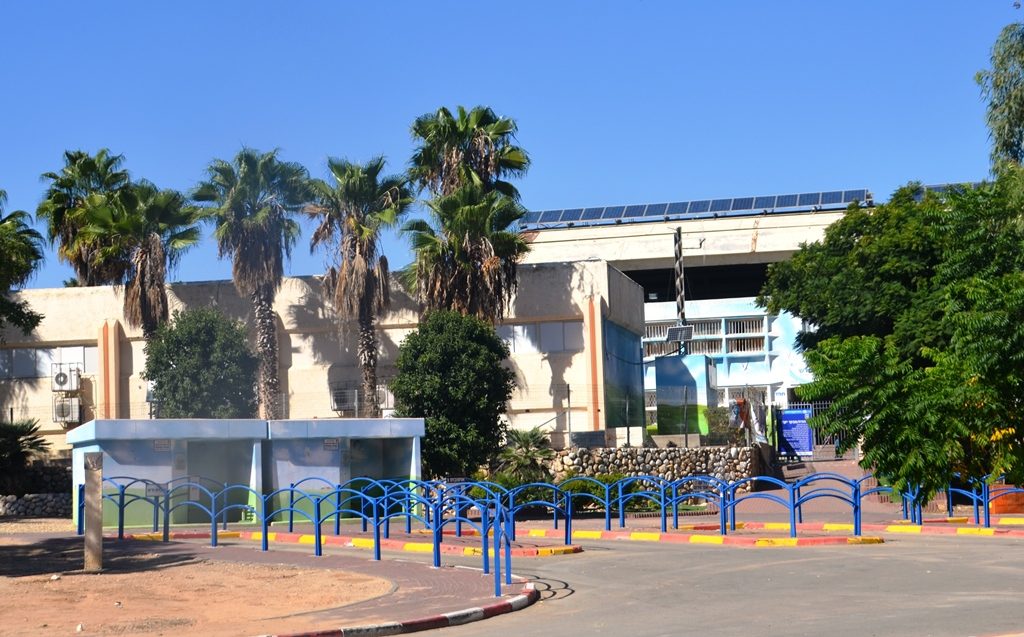 Bomb shelters stand near bus stop for the local AMIT high school. Solar panels are visible over the cement roof that was added to protect students.

A street crossing, a bomb shelter; seconds to run to safety has become a way of life. 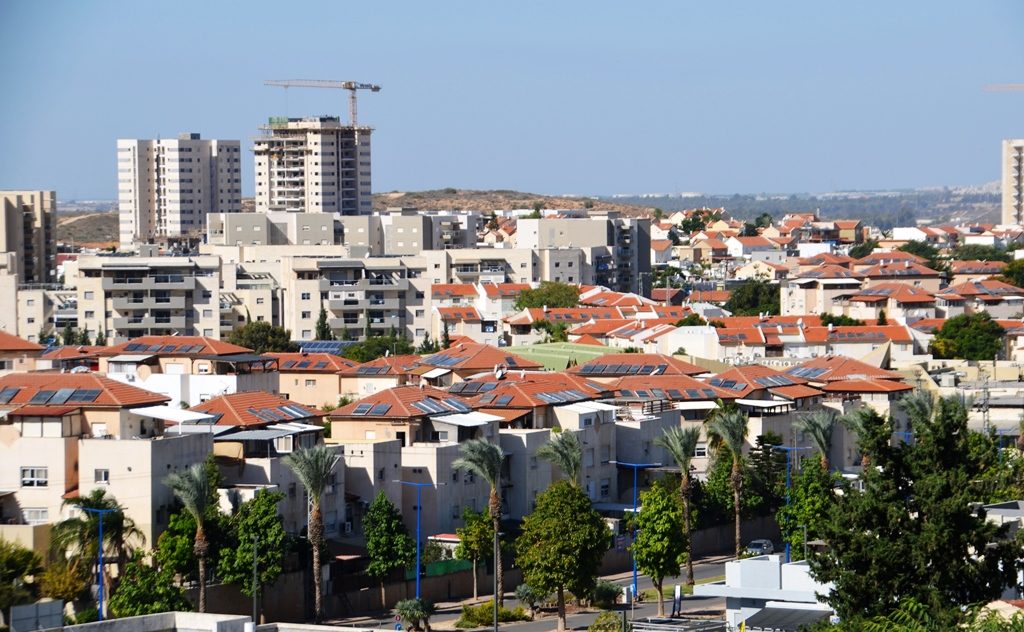 In spite of all, Sderot is growing and it is hard to keep up with the building demand. 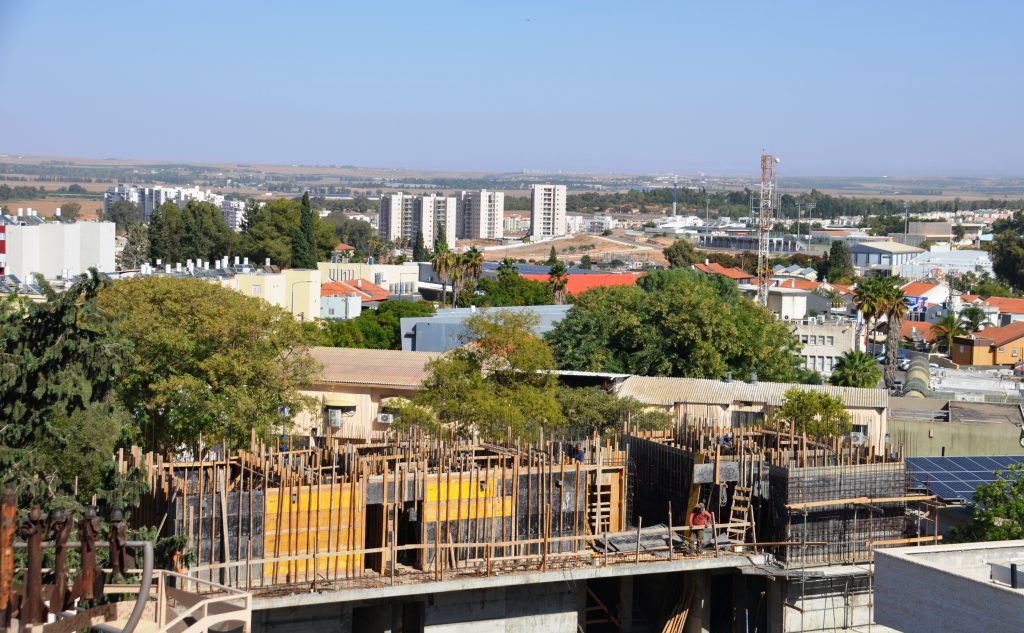 In all directions, construction and cranes are a regular feature in Sderot. 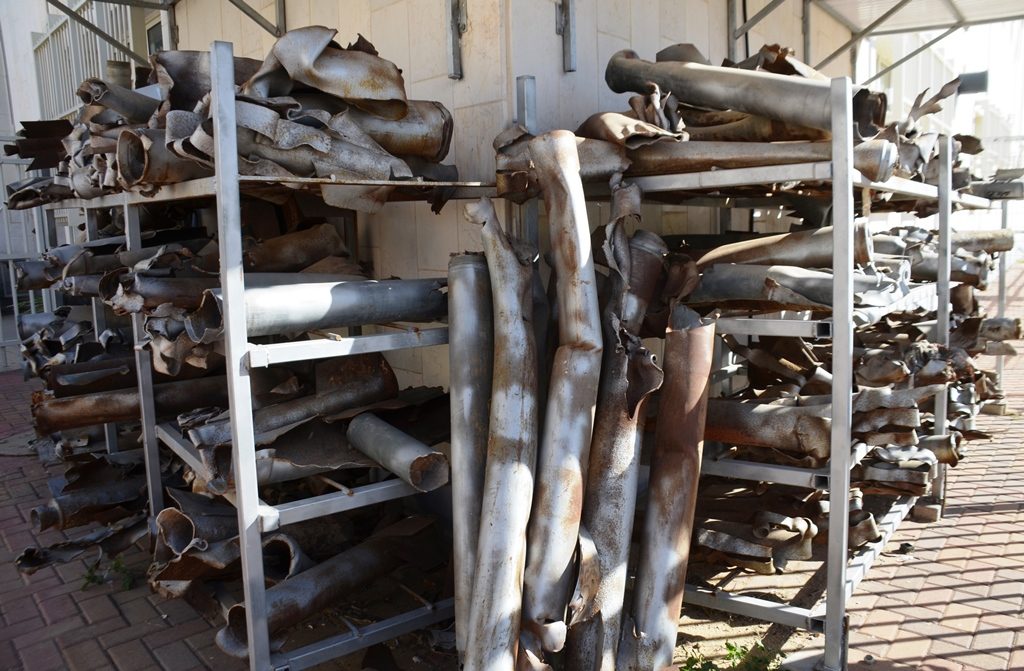 Meanwhile, the missiles, rockets, qassams collected and displayed in the Sderot police station have multiplied. 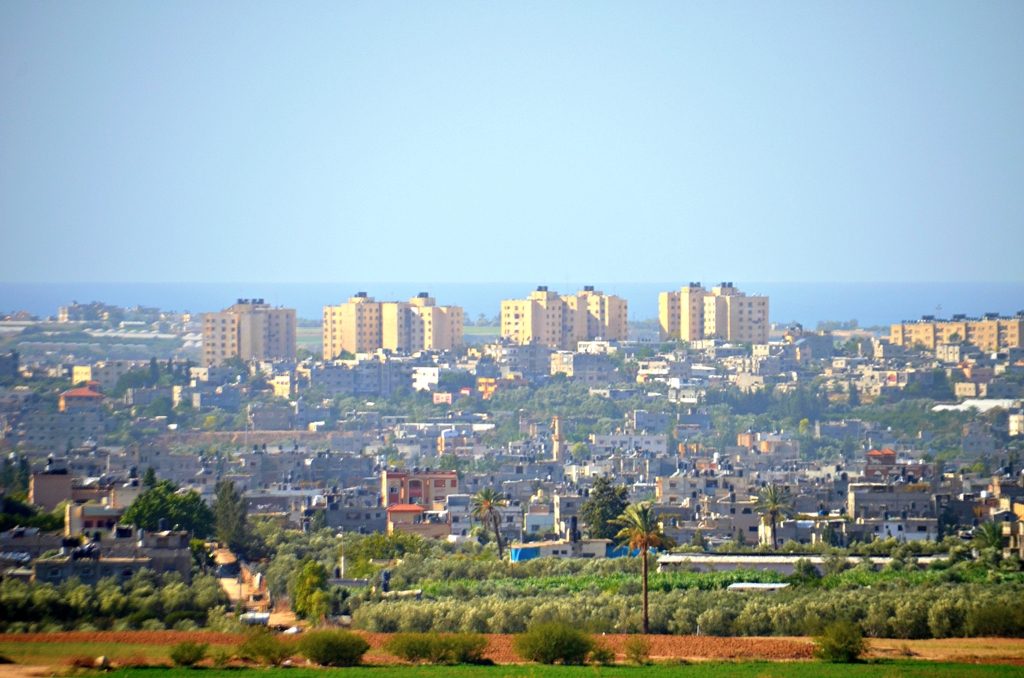 Near the Israel border Gaza and the sea are in full view. 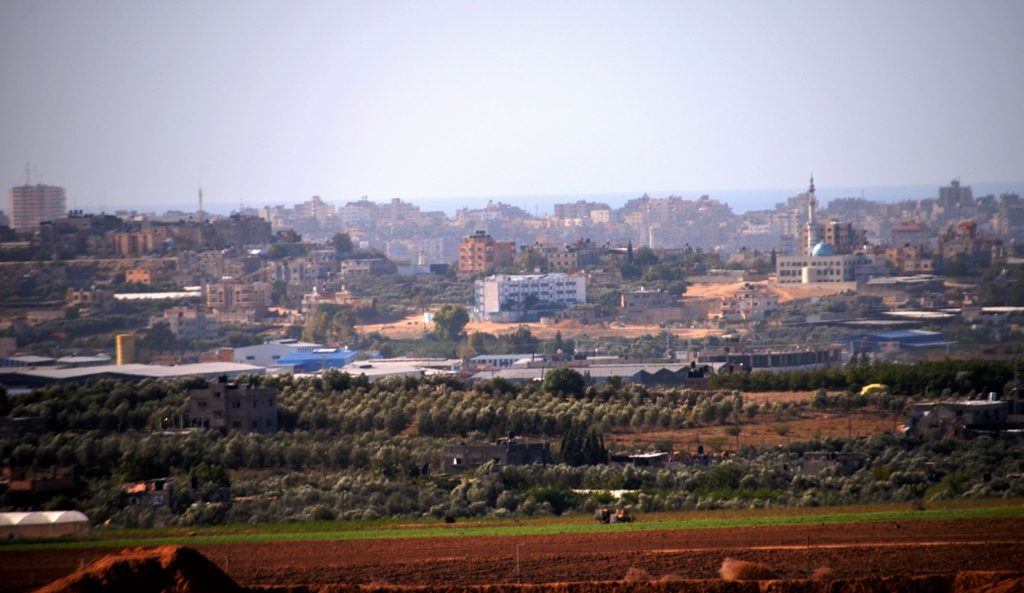 With a zoom lens from this Israeli vantage point Gaza looked peaceful. 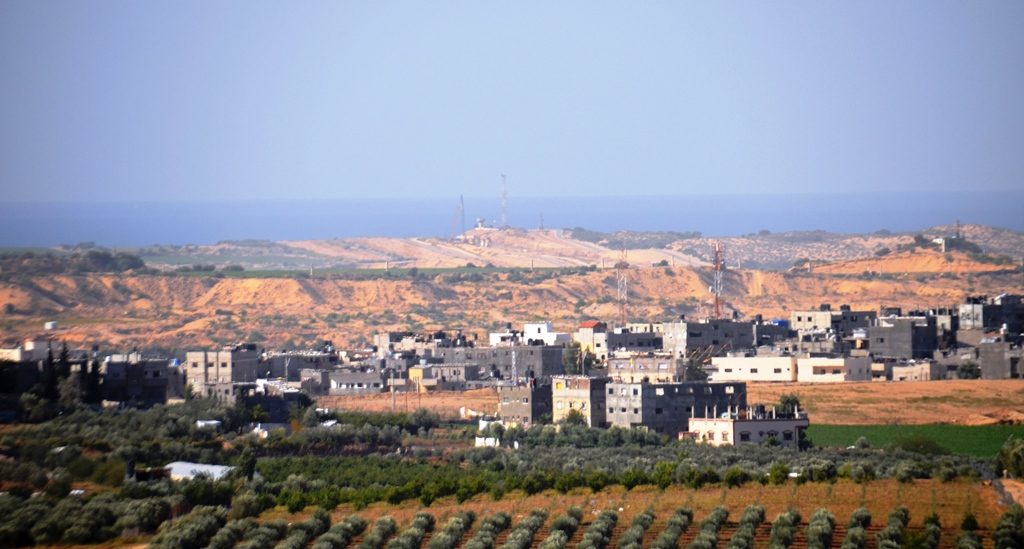 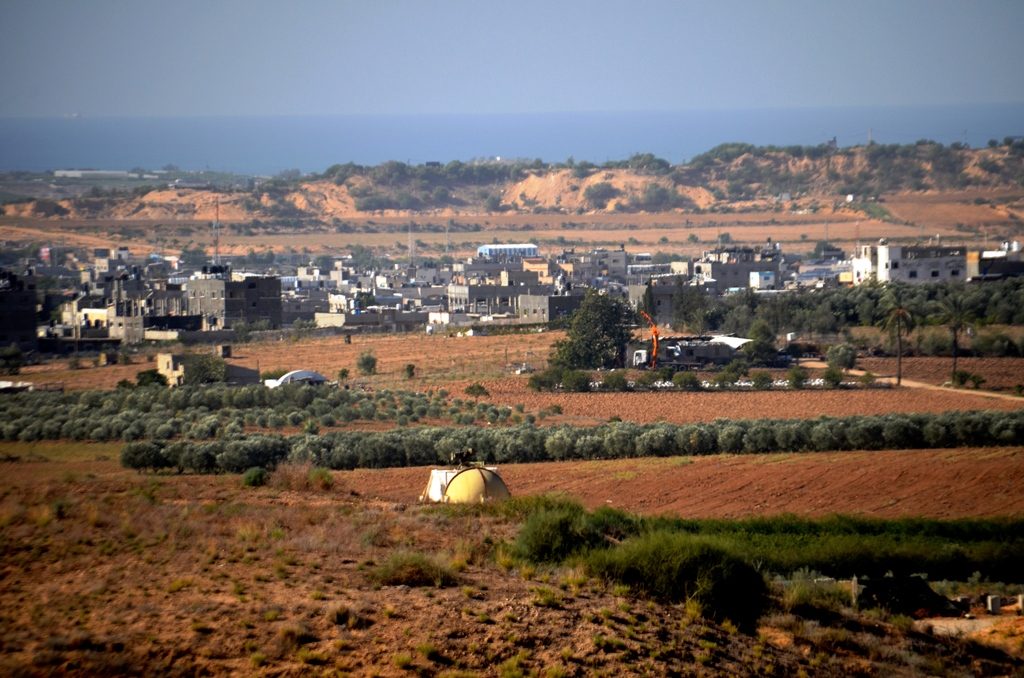 I will not flood you with all the photos like this I took of Gaza. 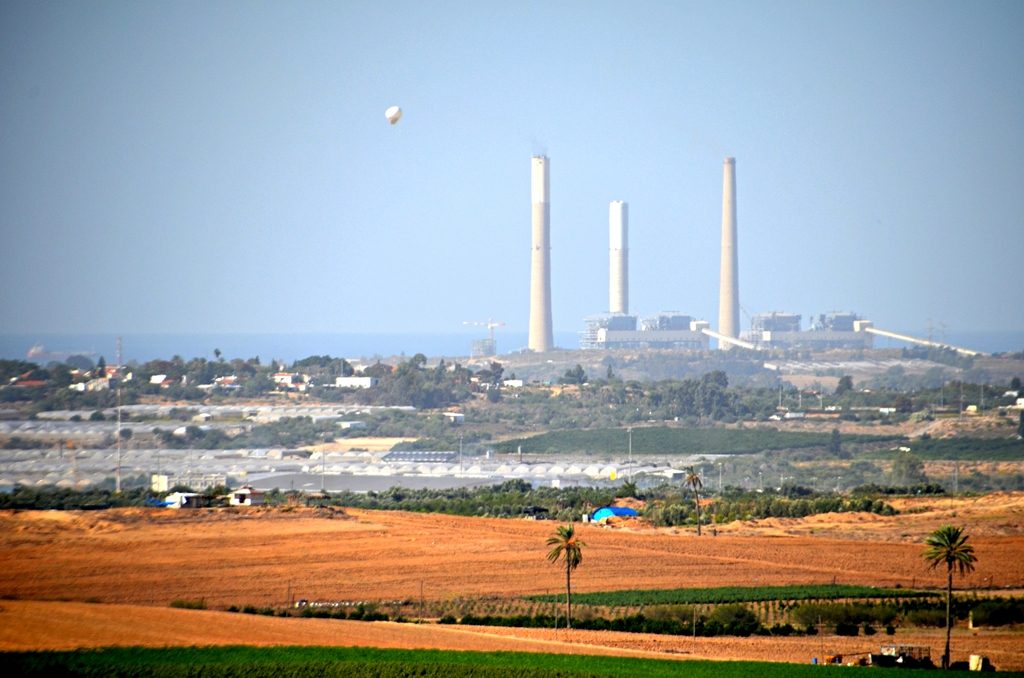 But here is the Ashkelon power plant which supplies Gaza with power, even when Isarel is under attack.

Under the white balloon is the security camera operating over the the Erez Crossing. 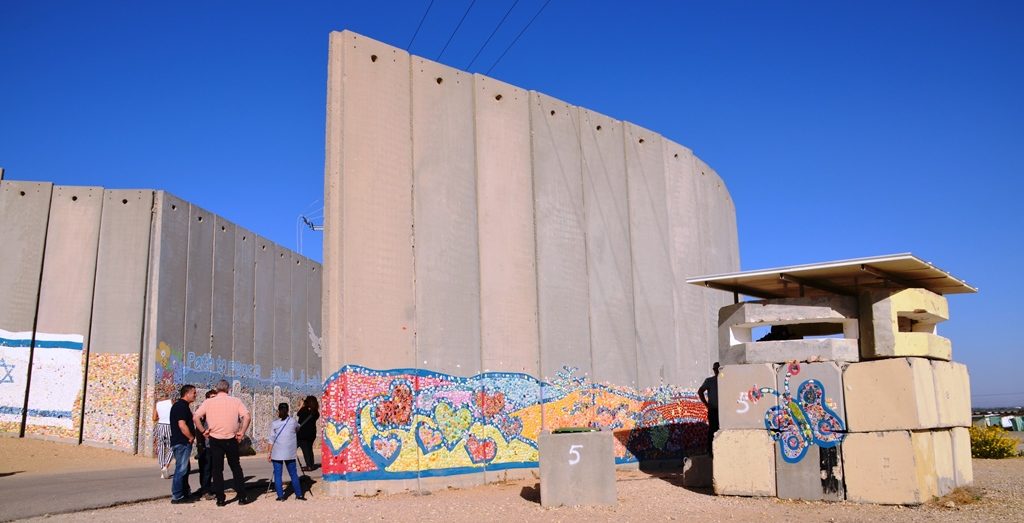 Behind this security wall 81 Israeli communities are growing, but weary of being under fire. 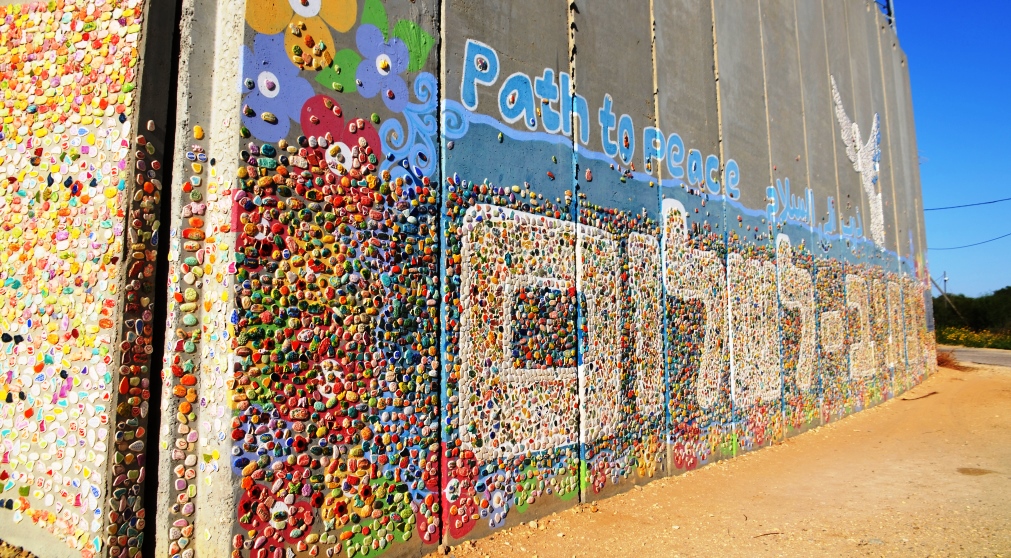 This wall decorated with the way to Shalom, Peace, looks much the same as it did my last visit. 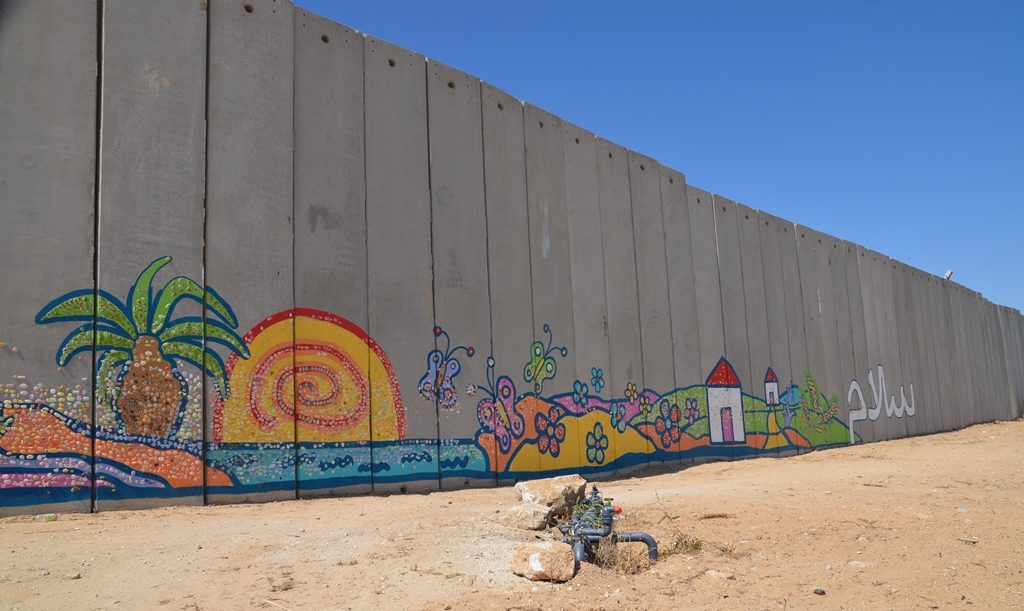 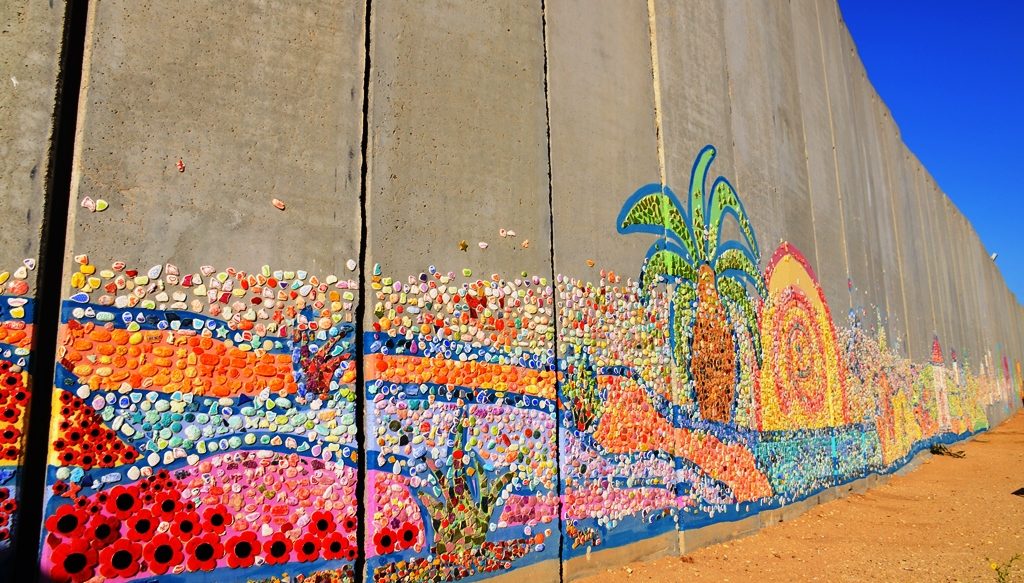 Thousands of visitors have come through, and added their ceramic pieces to the wall.

Today the path to peace only appears further away. 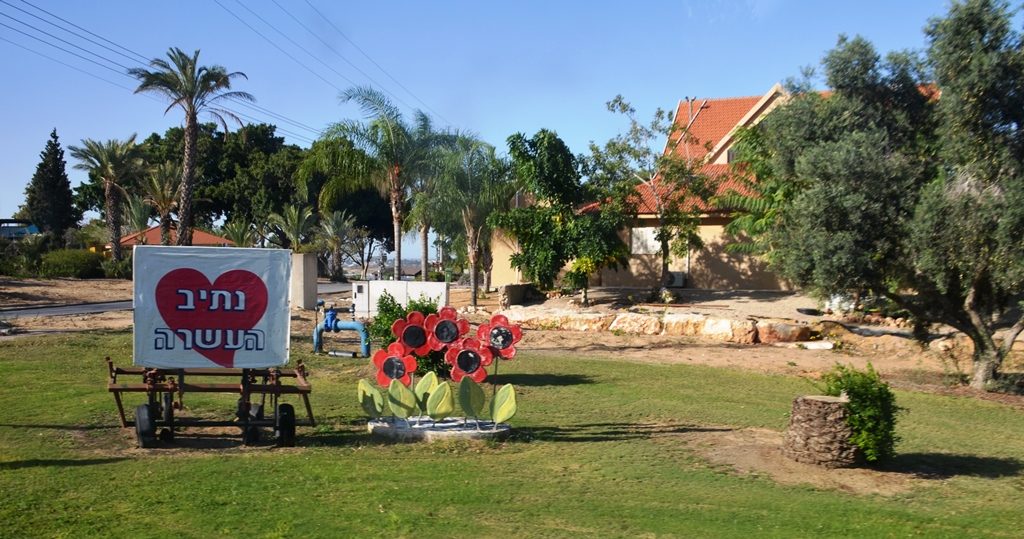 Netiv Ha’Asharah is a lovely, growing moshav on the border. 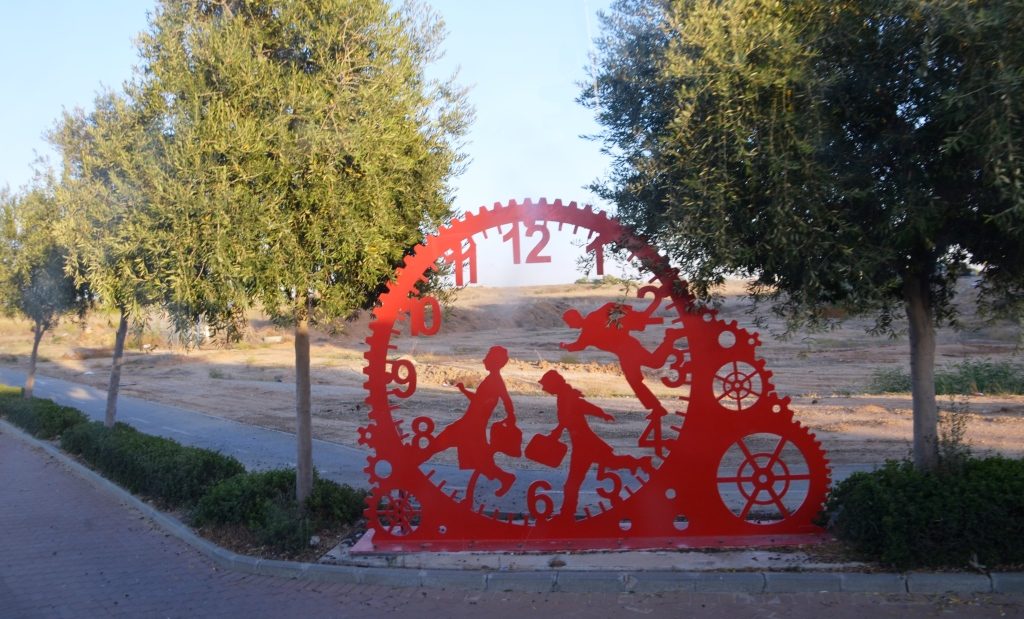 Thousands of residents of the south go about their daily lives under constant threat. 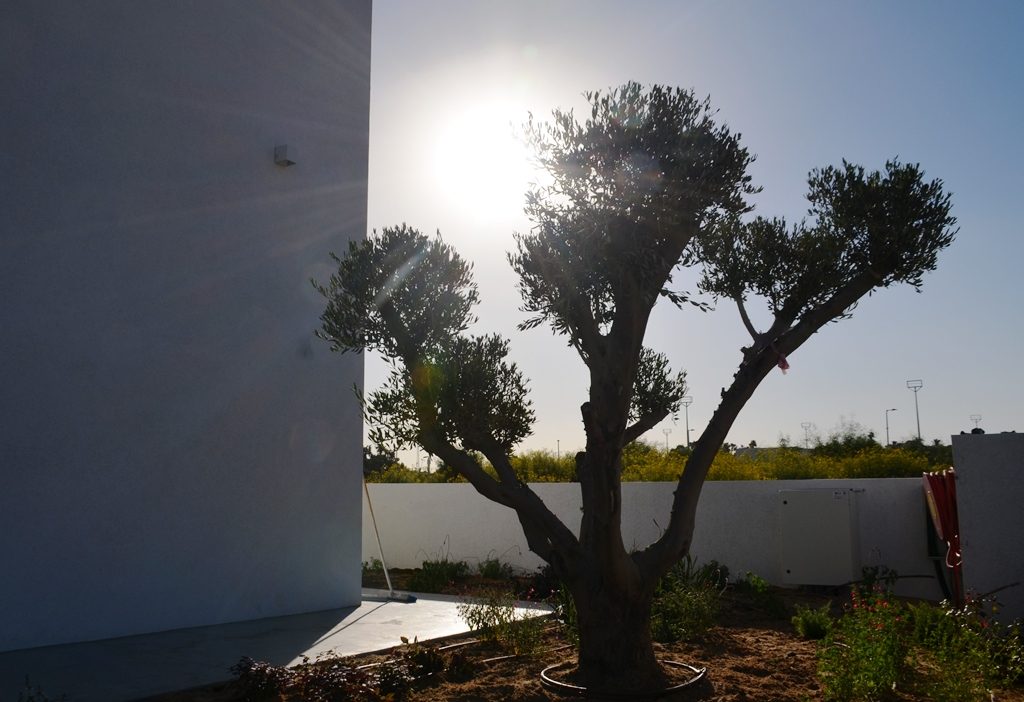 However, tired of being on front line of war zone, after years of feeling they are ignored, the “backyard” of the country, residents are speaking up. 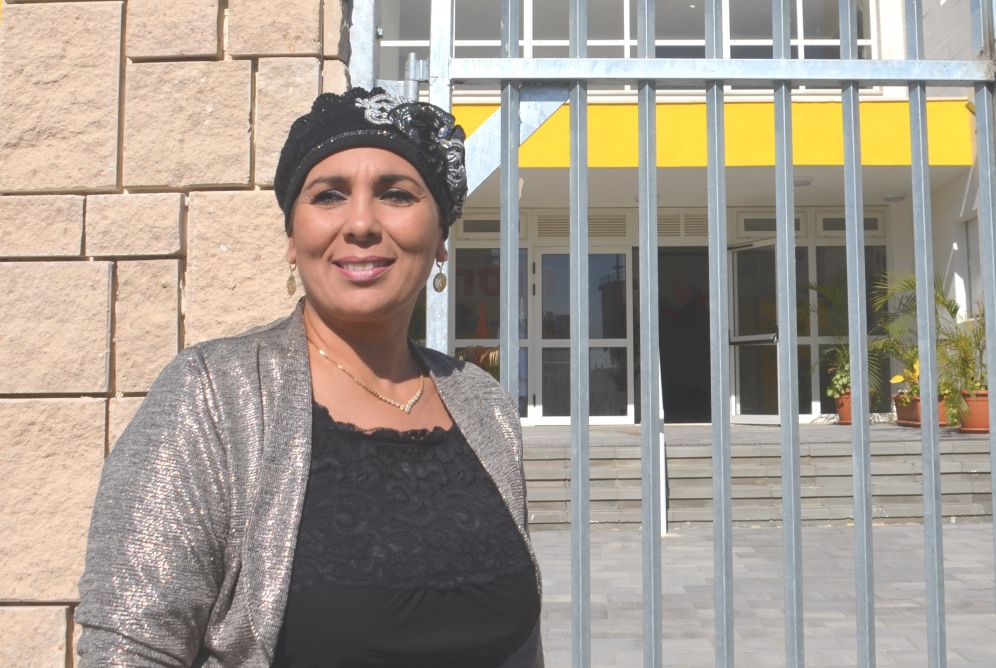 Walking home on a recent Friday night after dinner, Miri’s family was in the open, not near a shelter when missiles from Gaza fell on Sderot without warning. There was nothing to do but cover their children with their bodies. This is not a way to live, she and others are demanding action.

A group of students who have grown up under threat from Gaza terror are marching, on their way to Jerusalem.

One hundred high school students are on a five-day walk from Sderot to Jerusalem, Israel to the Knesset.

Quiet for 17 years, but no longer, residents of south want to live in peace and have their anguished voices heard.

One thought on “17 Years Southern Israel Under Attack from Gaza”