As predicted, the Giro d’Italia took over the Jerusalem, Israel streets.

The information book was big and heavy. The press passes required ID photos. 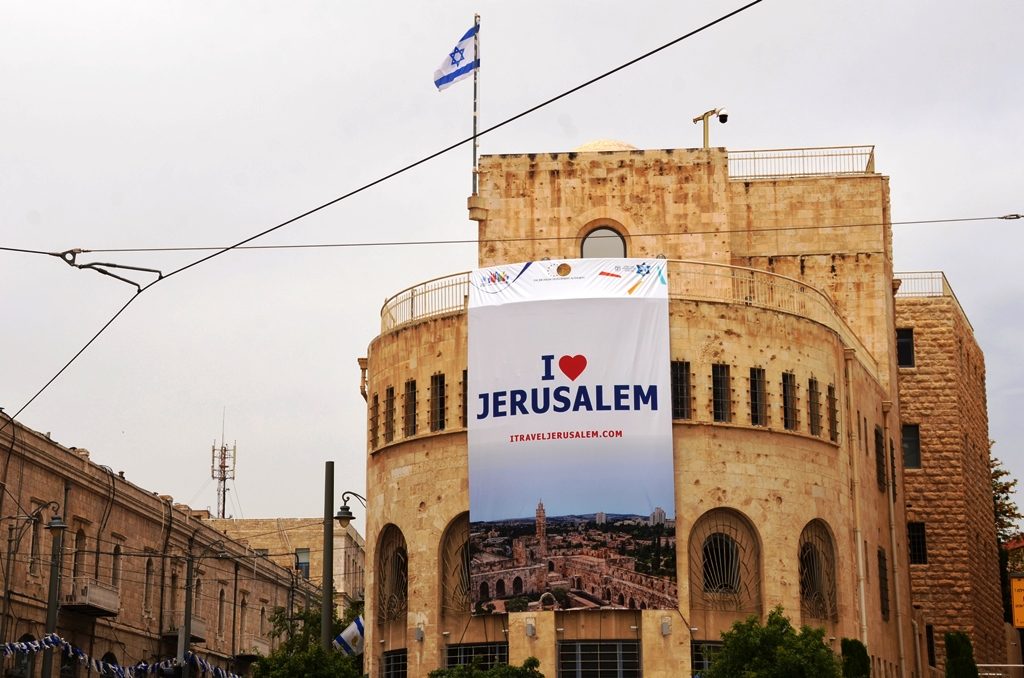 The ‘I love Jerusalem’ sign near the finish line was big, the biggest I have seen. 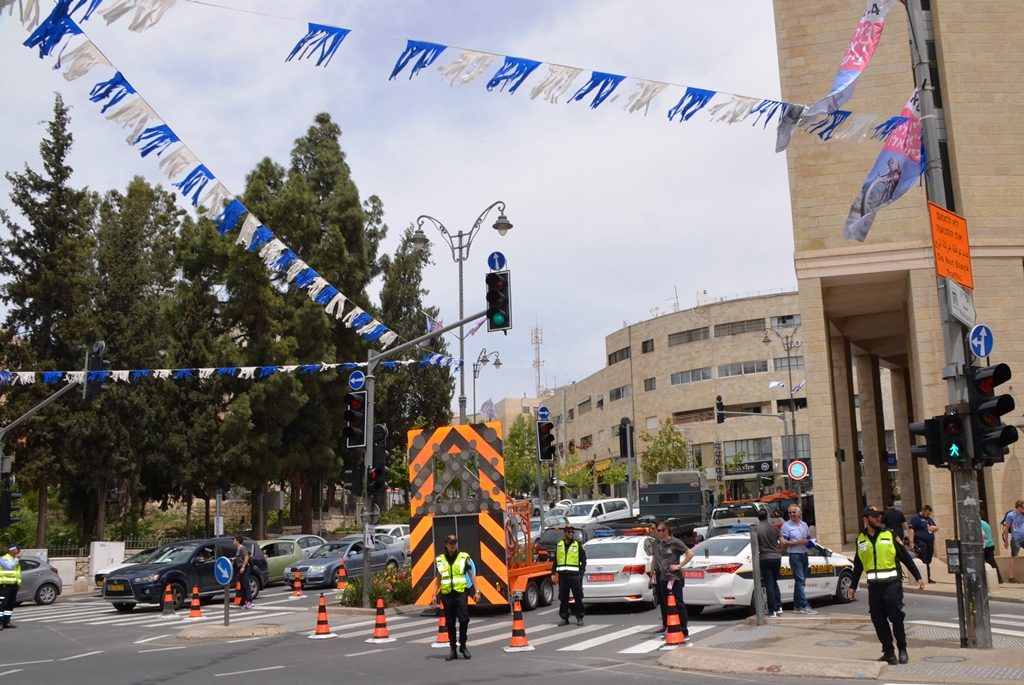 Streets were closed on Thursday to construct the start and finish lines, and the spectator boxes near Mamilla Mall and the Old City. 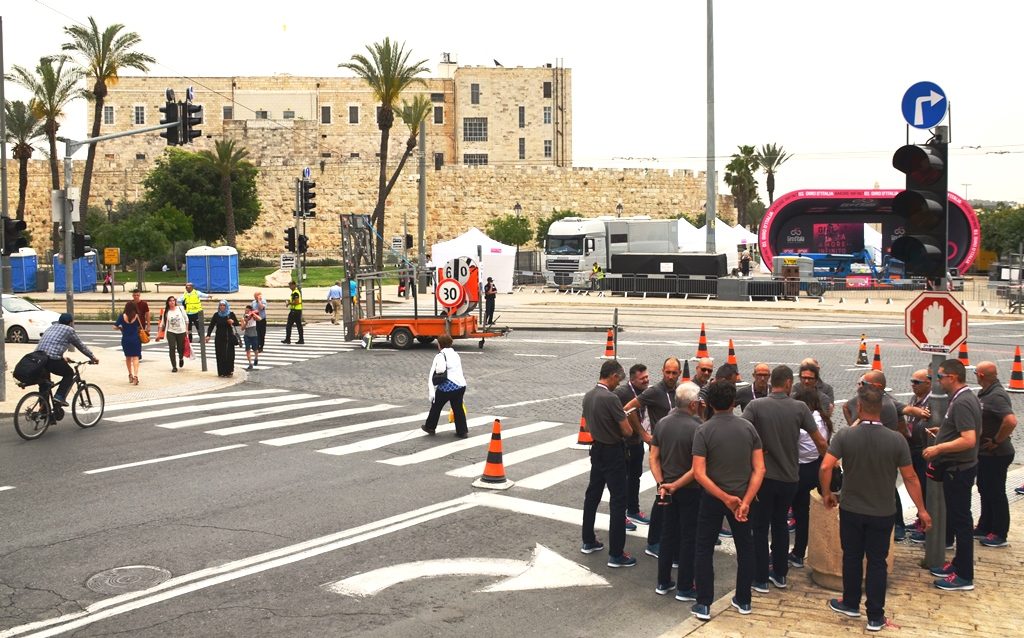 Thousands of people came to support and report on the 176 riders of 22 participating international teams. Italian- speaking tour guides were in demand, but English was also the main language. 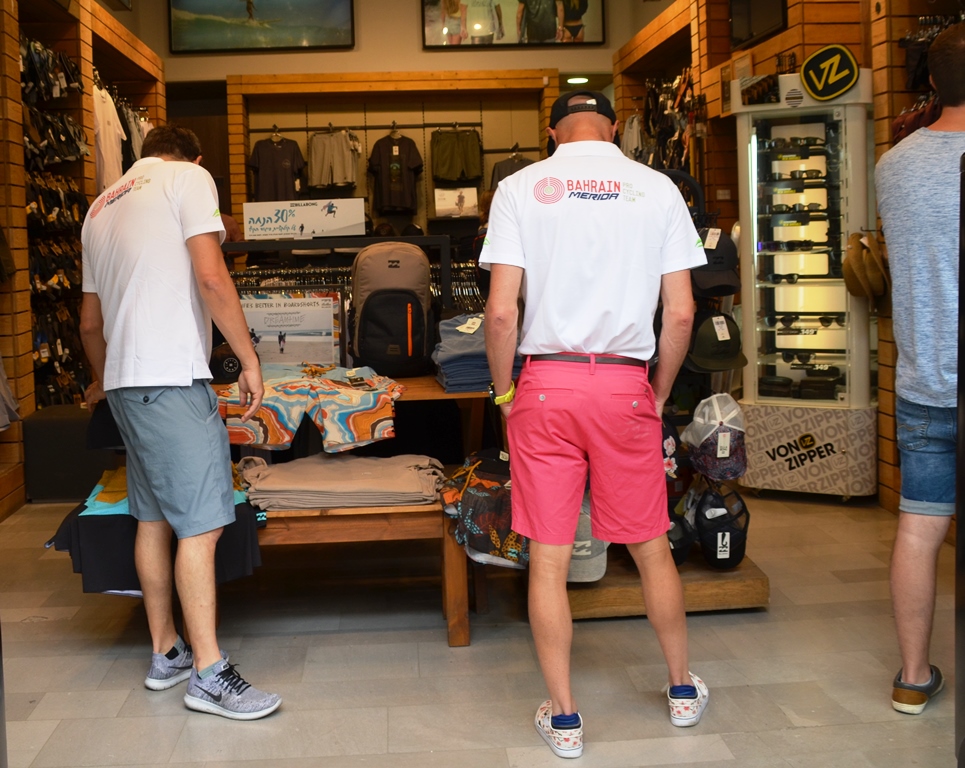 I met two riders from the Bahrain team who were window shopping in Mamilla Mall. 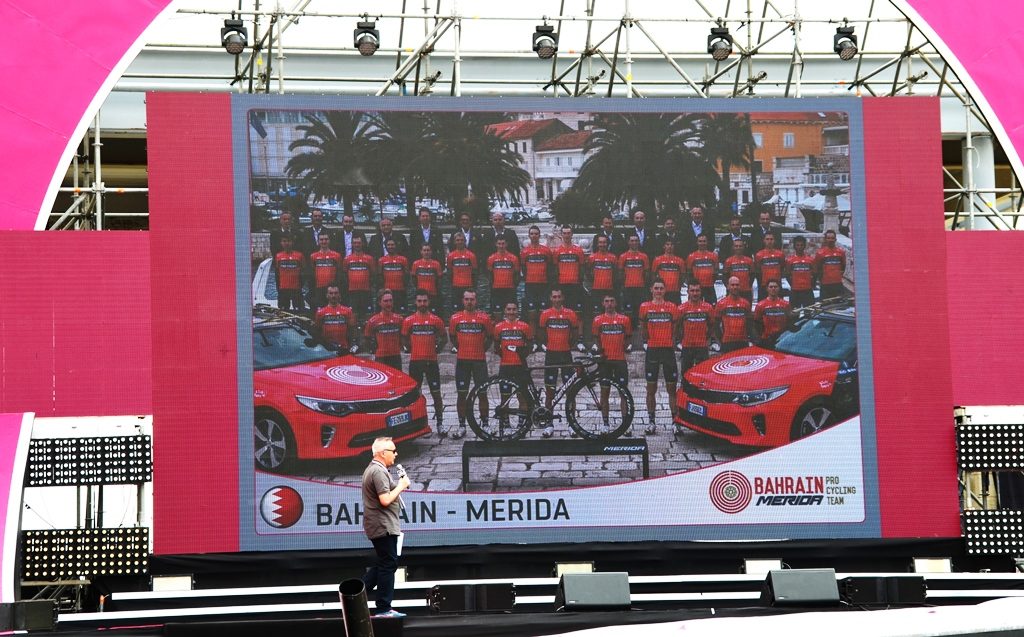 Bahrain was one of two Arab countries which sponsored cycling teams. 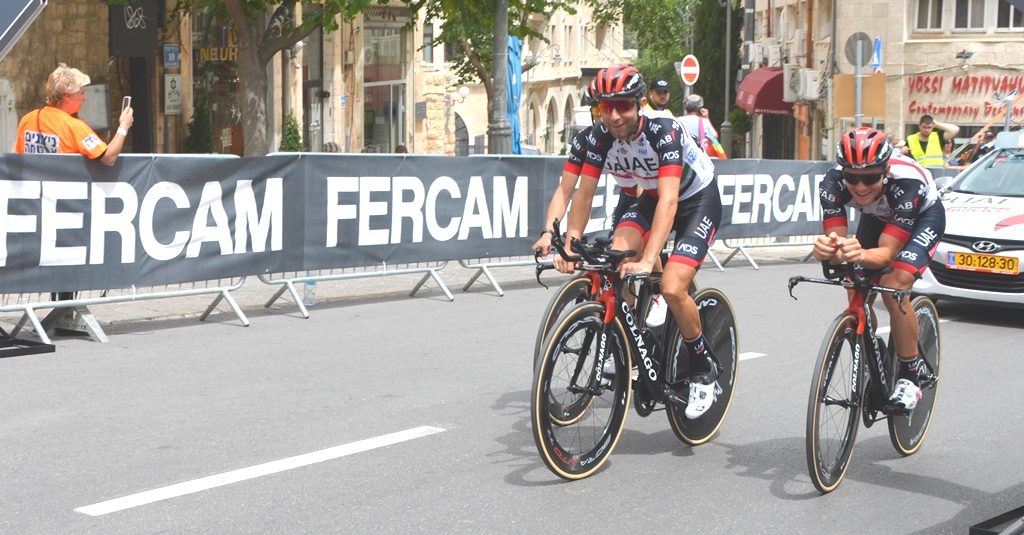 UAE, United Arab Emirates, also had a team of riders in Israel. 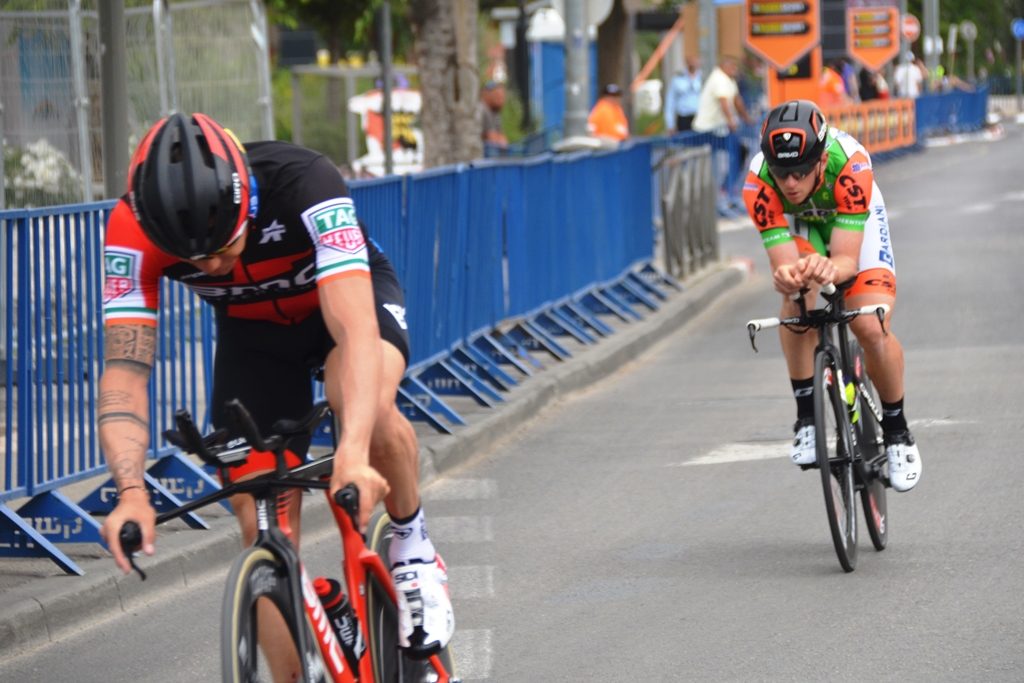 Warm-up runs through the Jerusalem, Israel streets, were easier to photograph, 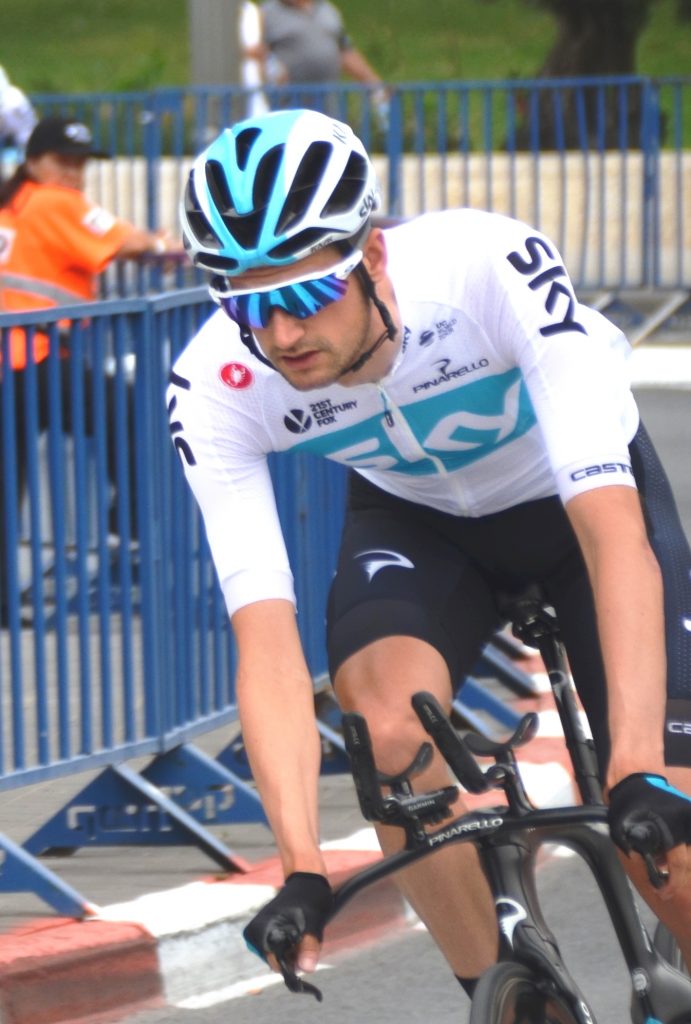 as riders were not flying by as quickly as they were for individual time trials held all afternoon. 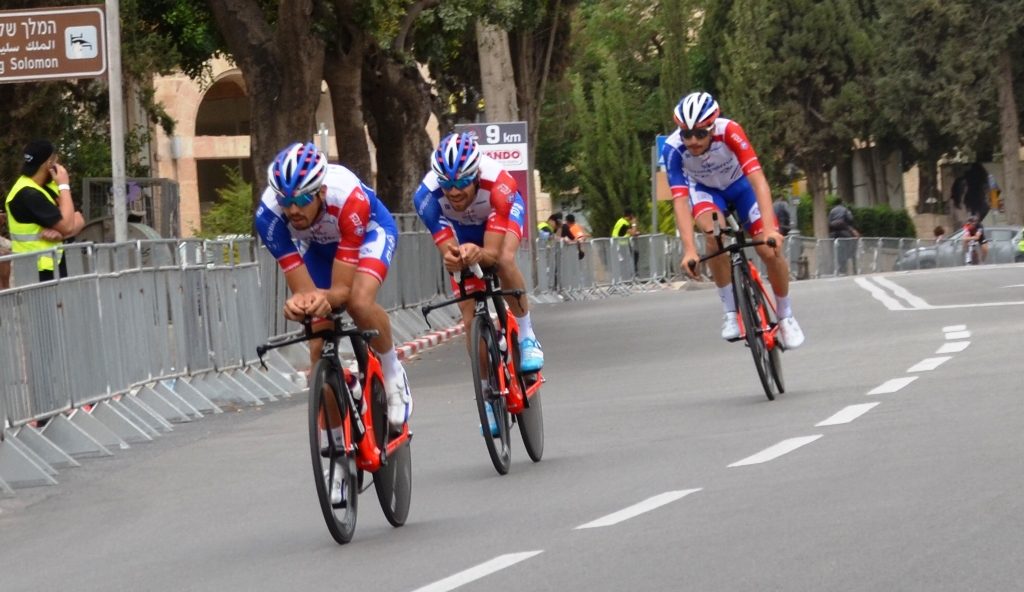 Teams could be seen pacing their turns together. 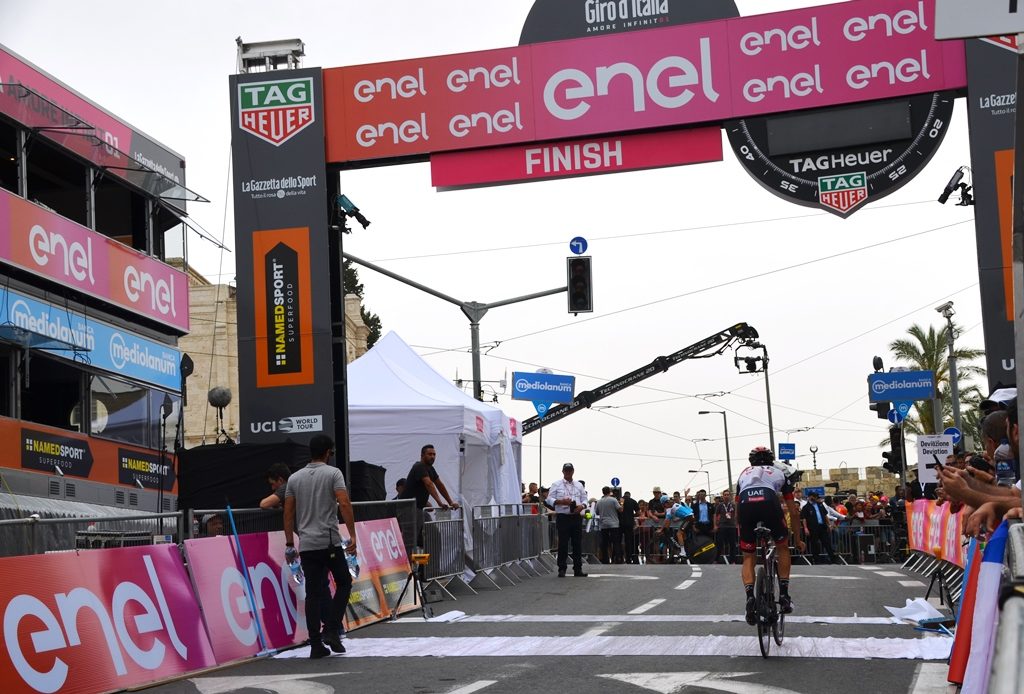 At the finish line, crowds came early to get a good spot. 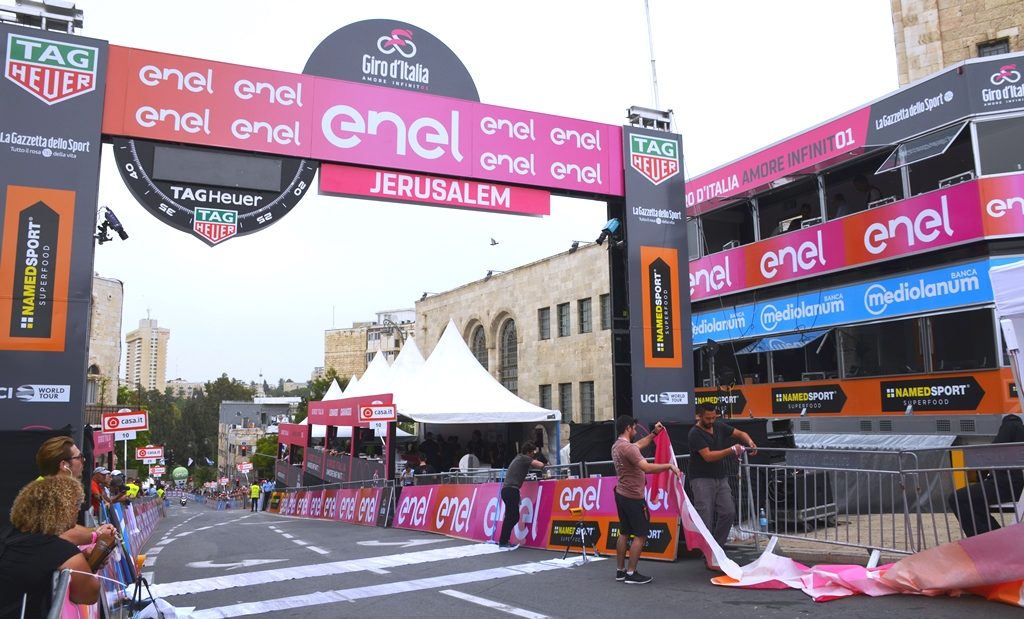 These big stands at the finish line hosted the VIP spectators on Friday. 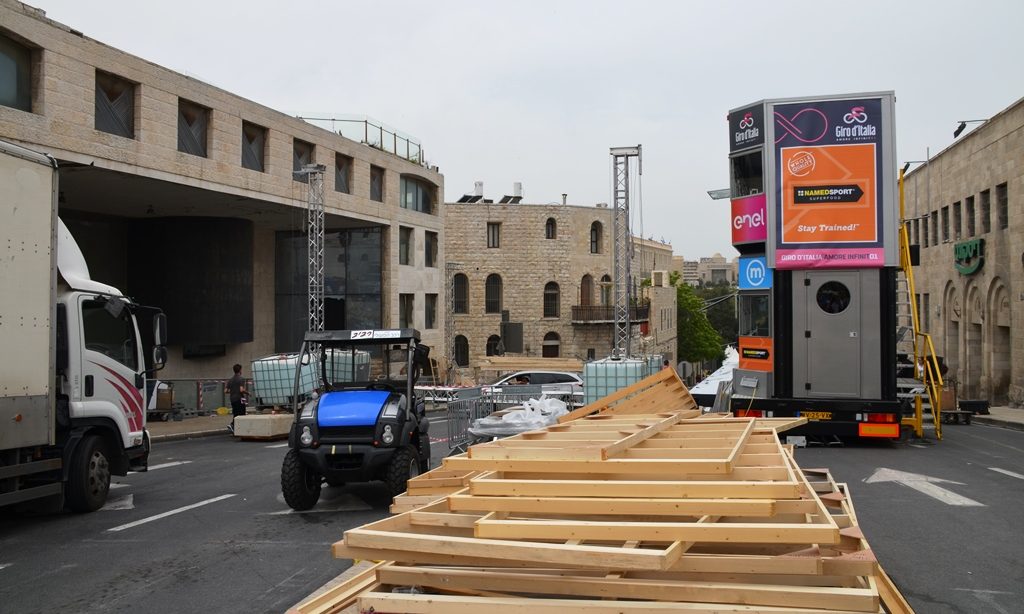 On Thursday, there were piles of building materials. 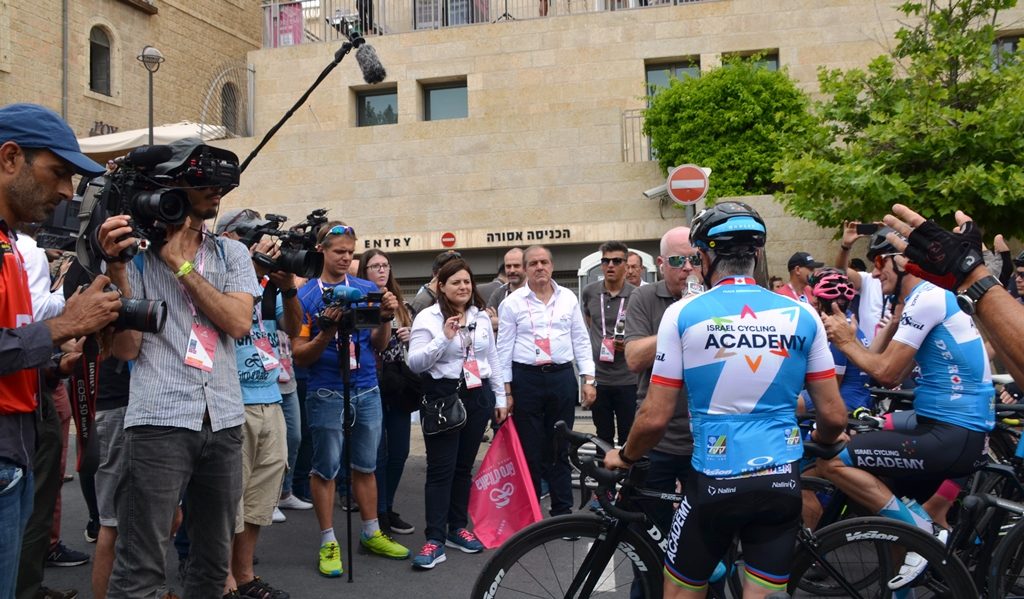 Before the official time trials began, the media gathered for a special ride in memory of Italian cyclist hero Gino Bartali. If you do not know his story, look HERE how he saved Jewish lives during the Holocaust. 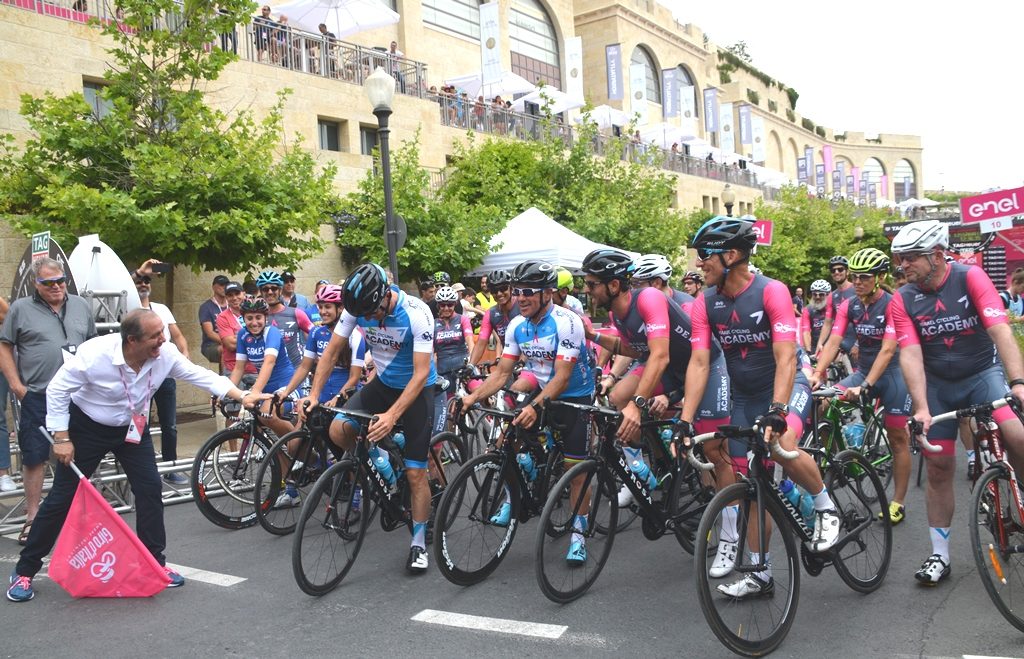 Oops, anyone can have a false start.

At a press conference before the Giro d’Italia began, cycling promoter Sylvan Adams told of his vision for Israel and Giro d’Italia.  Israel Cycling Academy General Manager Ran Margaliot added his thanks to Adams for initiating and funding this first Giro d’Italia outside of Europe, while Guy Niv, one of the two Israeli cyclists, sat and listened closely.

Helicopters flew over the riders with cameras to broadcast the race around the world. After Jerusalem, the Giro d’Italia went north for Stage 2, and then south from Beer Sheva to Eilat for Stage 3,  Along the way Bedouin came out from their tents to watch. After the 229 kilometer ride through the desert Elia Viviani won the Stage 3, as well as the Stage 2 from Haifa-Tel Aviv. 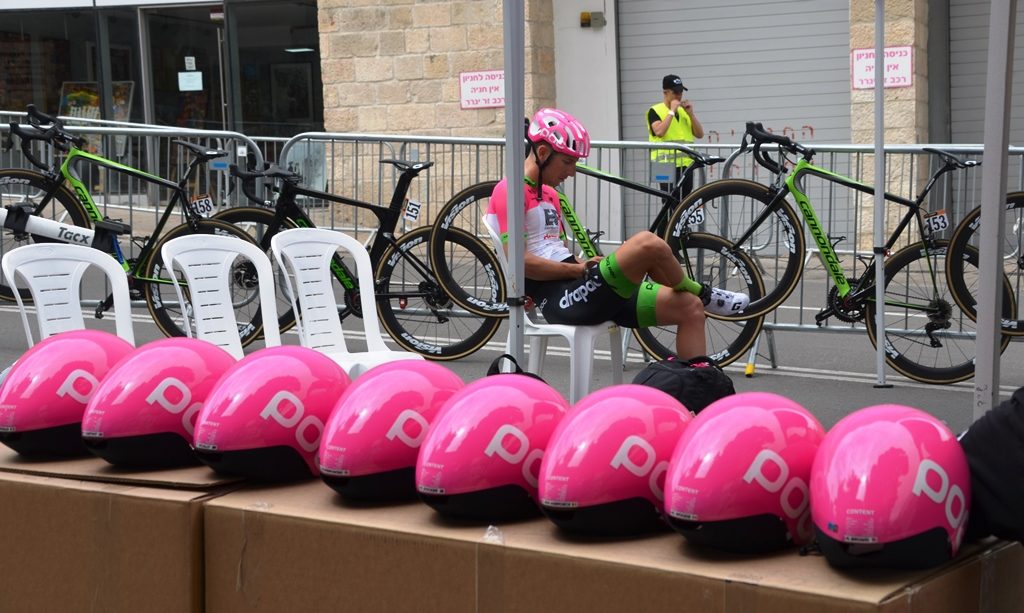 The big, pink Giro d’Italia took over the Jerusalem streets. The cyclist from Bahrain explained the color to me. The Italian sports paper from over 100 years ago when the Giro d’Italia began, was printed on pink paper.

It was almost possible to overlook Lag B’Omer this year. In some neighborhoods the bonfires were fewer and smaller. 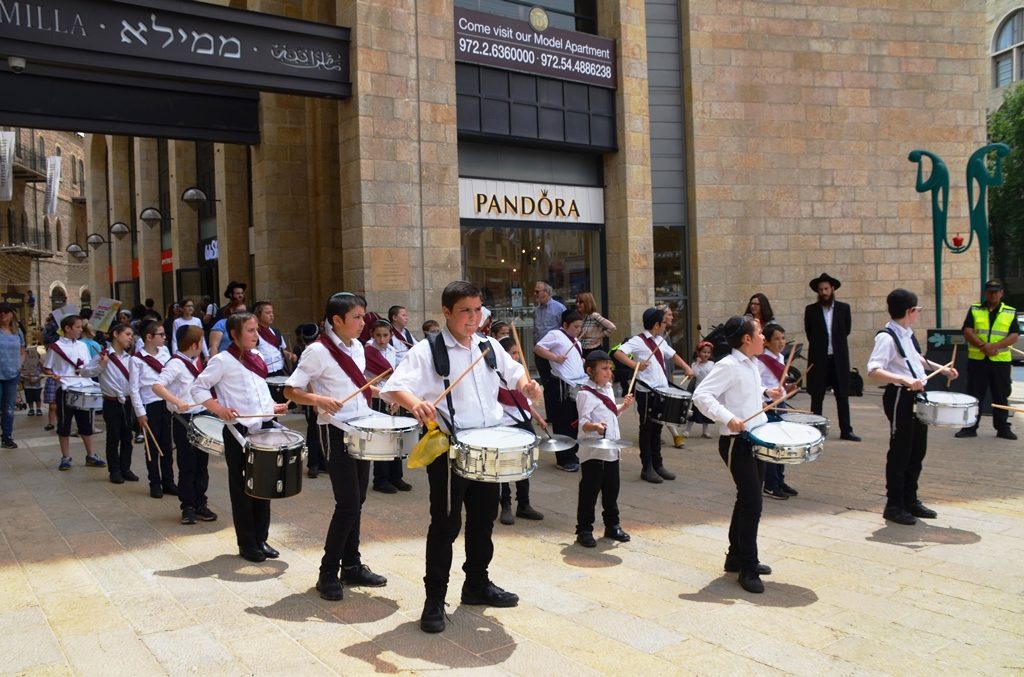 However, these boys leading a Lag B’Omer children’s parade from Mamilla Mall drummed loud enough to remind everyone.

After an overnight stay in Eilat the Giro d’Italia has a three hour flight to Catania, for a rest and the next stage.

With the Giro d’Italia completed in Israel, streets in Jerusalem will go back to blue and white.

Preparations for Yom Yerushalayim, Jerusalem Day, are especially significant this year with announcement of US Embassy moving, and other embassies returning to Jerusalem.

7 thoughts on “Giro d’Italia 2018 from Jerusalem to Eliat”