died and was buried in Jerusalem yesterday.

The son remembered his father in a moving eulogy. 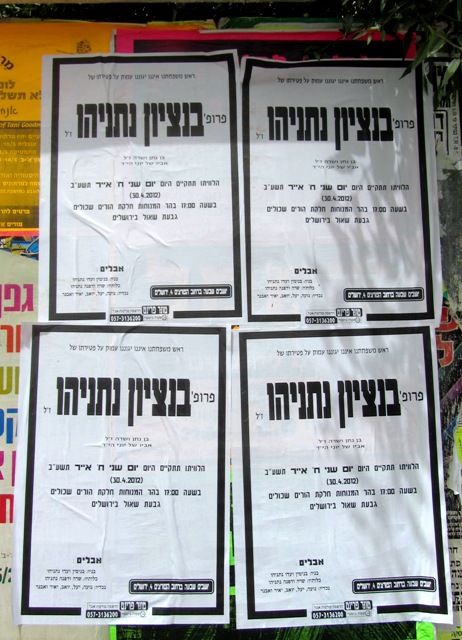 The signs are up and  the week of shiva has begun.

In Jewish tradition the shiva, the seven-day mourning period, is observed

at the home of the deceased.

Benzion Netanyahu lived the last of his 102 years on a small Jerusalem street.

Neighbors all knew when the Prime Minister came for one of his regular visits,

as armed security would stop them from even walking in the area.

and accepted the frequent inconvenience. 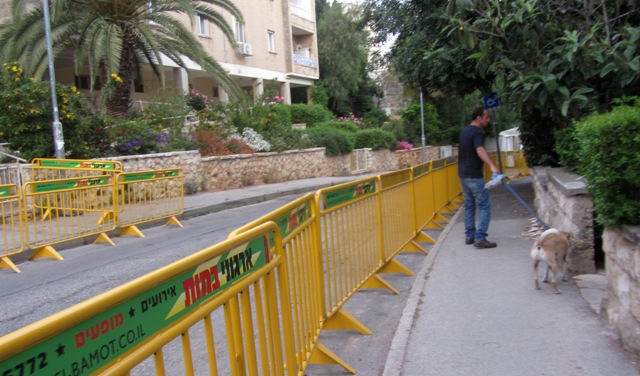 After the funeral, the one-way street was lined with security barriers. 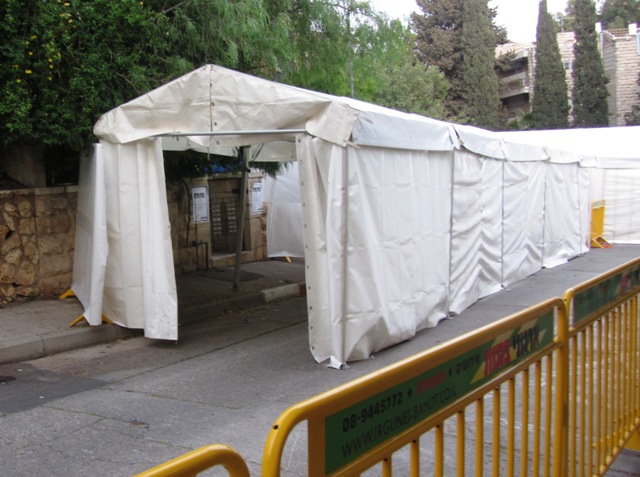 A large security tent was put up outside the entrance of the house, 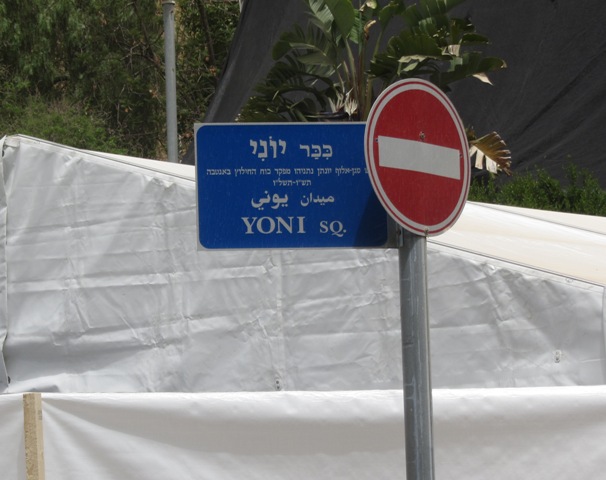 which is located at Yoni Square, named for Yoni Nentanyahu,

Benzion’s oldest son who commanded and was killed 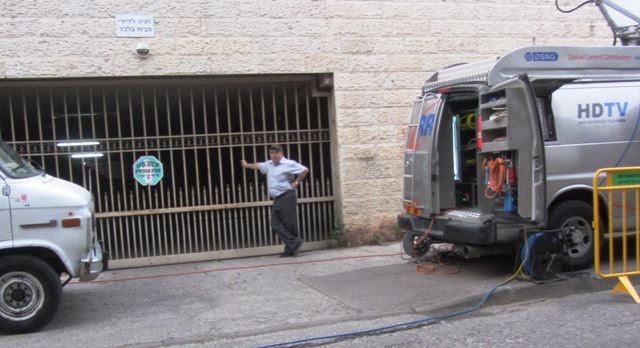 One of the first to arrive to pay his condolences was Natan Sharansky. 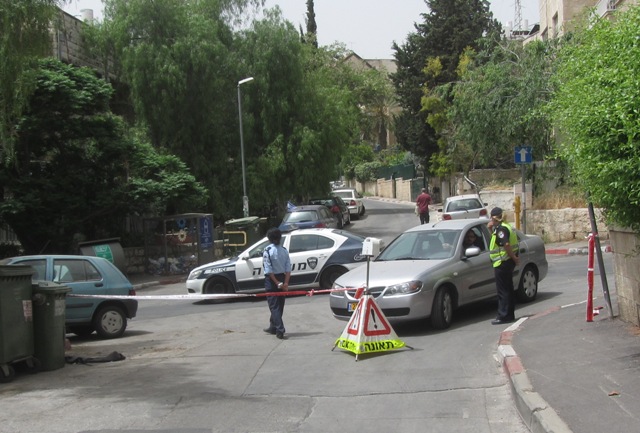 This week neighborhood patience will be tested as the street will be blocked.

Men in dark suits are wandering around the maze of streets

looking at the illogical street numbers, 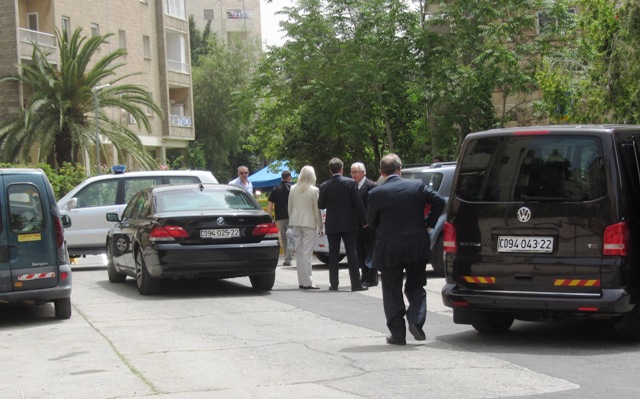 while those with diplomatic license plates can park a bit closer.

Condolence messages have even been received from Arab countries.

People on the street looked sad as they passed slowly by the house.

Educated Israelis from left to right acknowledge the loss of a father,

who was an academic, a scholar and a brilliant editor of encyclopedias.

May the family be comforted with all the mourners of Zion and Jerusalem.

6 thoughts on “Netanyahus – Father and Son”