for those killed in war and by terror attacks.

It was observed in many ways. Some do not observe it at all.

I was at two major traffic locations when the memorial sirens sounded.

At night on Derech Hevron, Hebron Road, near the walls of the Old City,

cars kept moving and a large truck tried to pass against traffic.

11:00am siren and stood silently, but as the siren began I was very surprised

to see many cars zooming around the stopped vehicles.

I decided not to show those disappointing video scenes,

but rather to share a few more positive photos.

The official government ceremony was held at the Kotel,

the Western Wall, on Tuesday night, 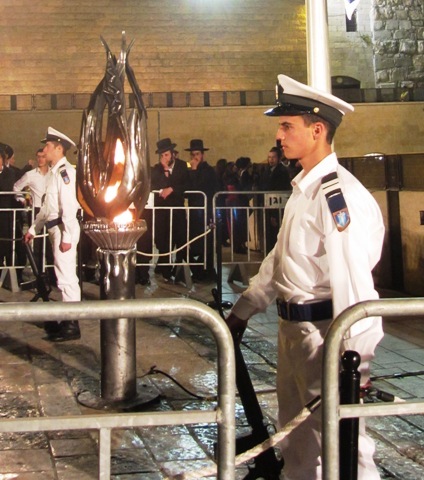 where an honor guard stood by the memorial flame. 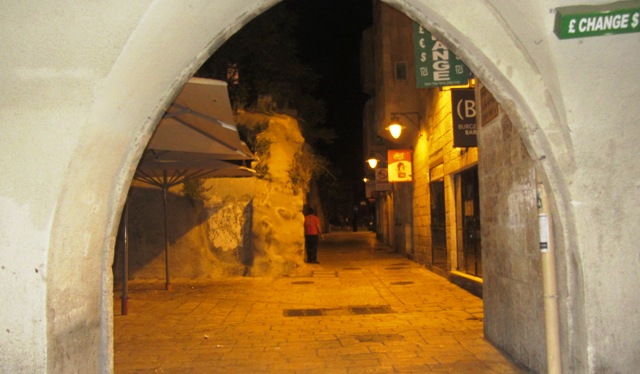 The food court of the Rova, the Jewish Quarter of the Old City was closed. 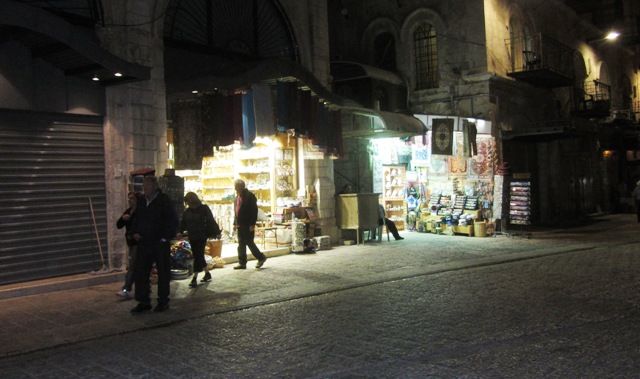 Many parts of the Old City were dark and quiet. 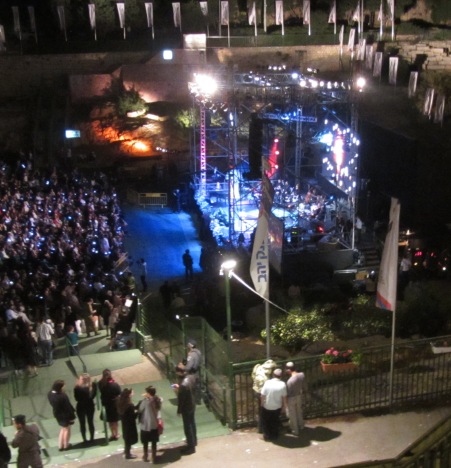 At The Sultan’s Pool,  a huge stage was built and thousands gathered

for a musical presentation sponsored by the Jerusalem Municipality.

There were hundreds of young people,

but you could hear a pin drop during the siren and no one moved.

All over Jerusalem the next day, 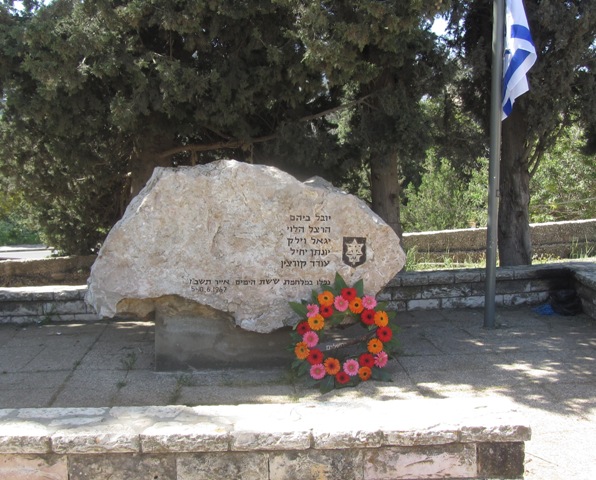 fresh flowers could be found at memorial locations, 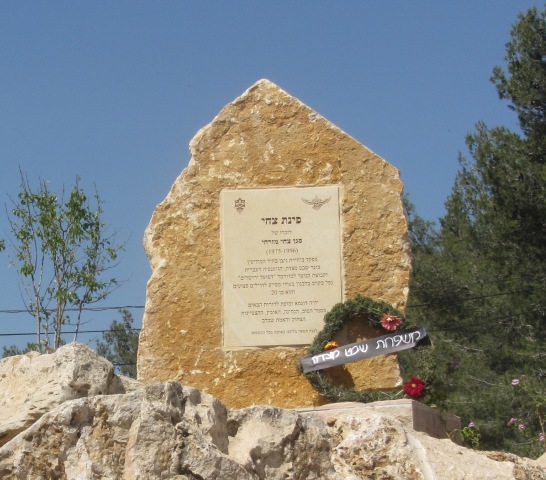 marking the memory of dear ones lost. 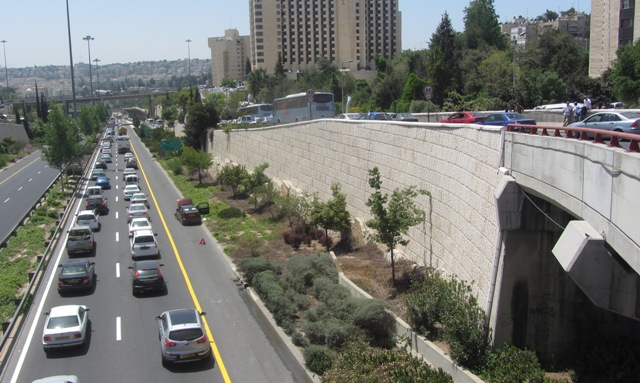 as many people drove to the Har Herzl Military cemetery

to attend the official ceremony and to visit graves. 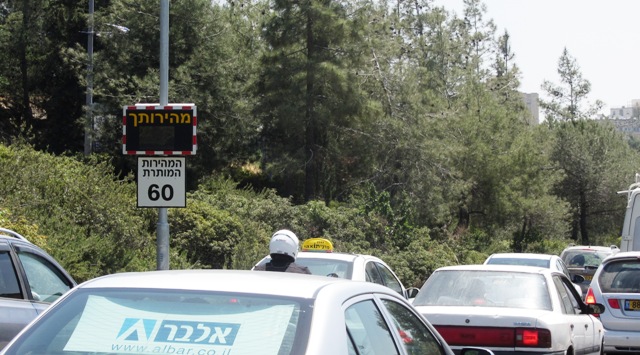 This speed sign showed that no one was driving too fast. 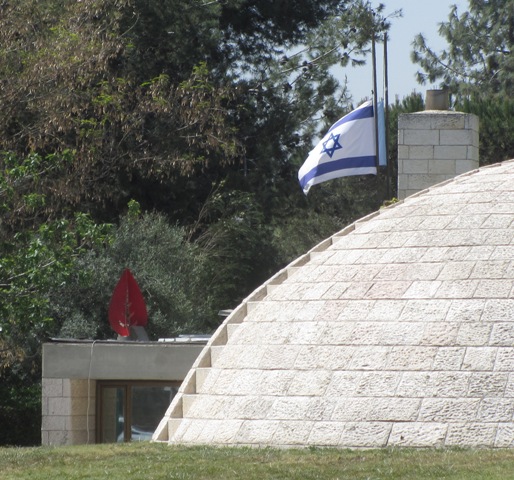 This year there seemed to be many more 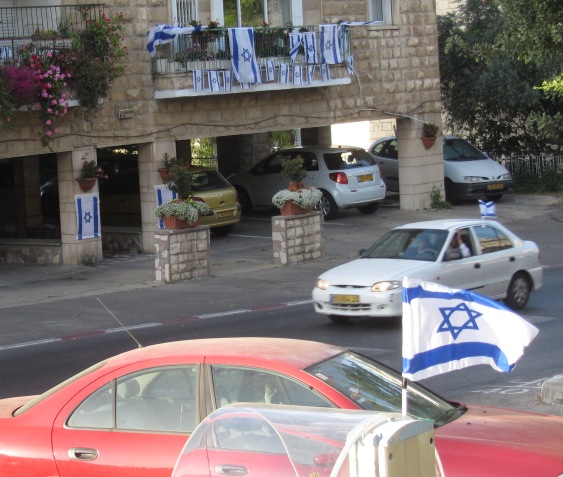 I found a flag flying on top of this phone booth…

yes, there are still are a few phone booths. 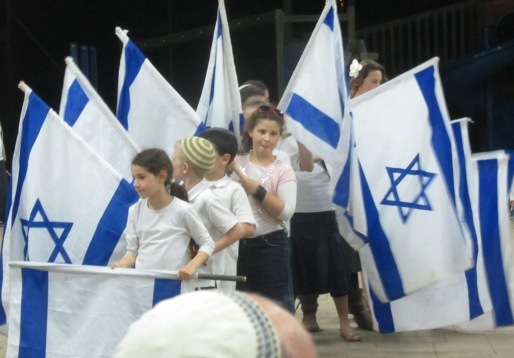 Israeli flags were displayed with pride this year. 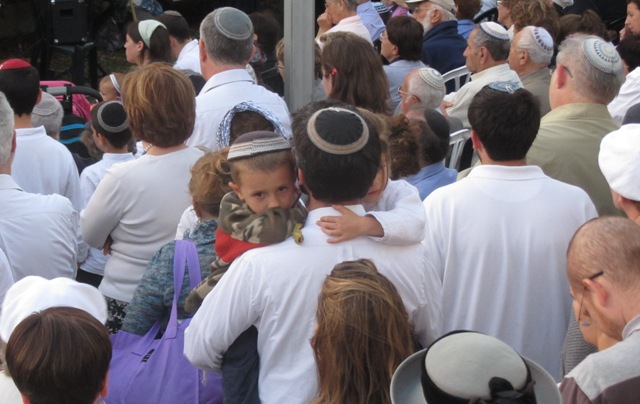 I watched the young children at one memorial event

and thought of all the lives lost. 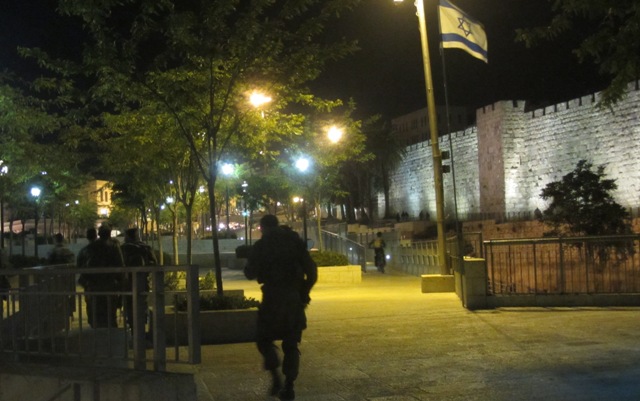 Are there really any Israelis who do not want peace

in the future for their children?

3 thoughts on “Yom Hazikaron in Jerusalem”