During Chol Hamoed Sukkot, the intermediate days of  Sukkot in Jerusalem, 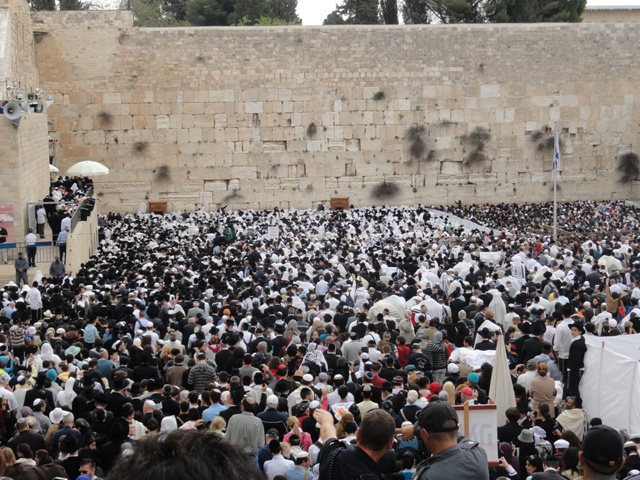 huge crowds gather at the Kotel, the Western Wall,

for Birchat Kohanim, the Priestly Blessing. 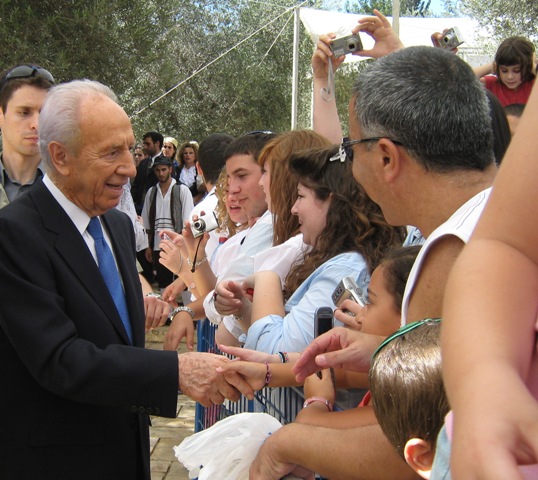 They stand in long lines to greet the President at his annual sukkah open house.

However, this year all media attention has been on the return of Gilad Shalit. 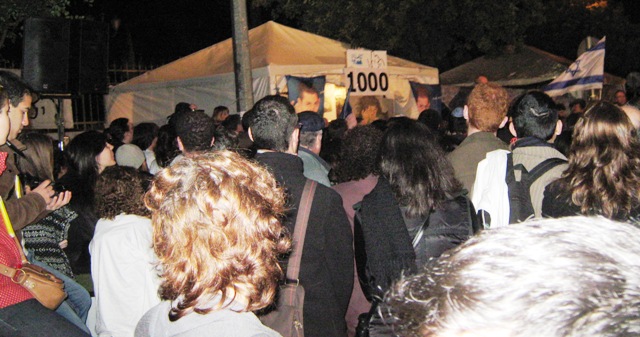 a night-time rally was held by a tent in Jerusalem

that was erected near the Prime Minister’s official residence. 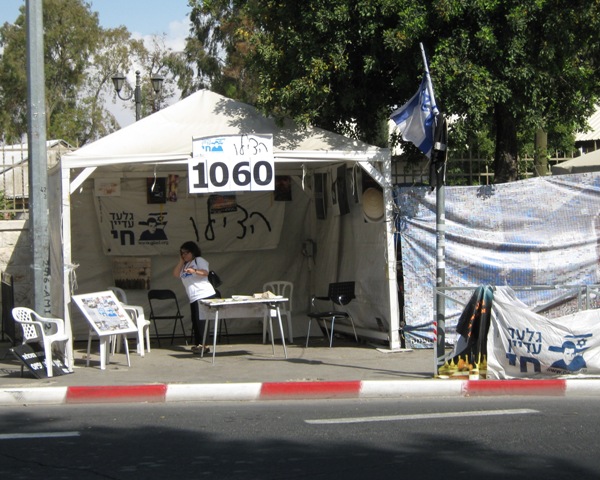 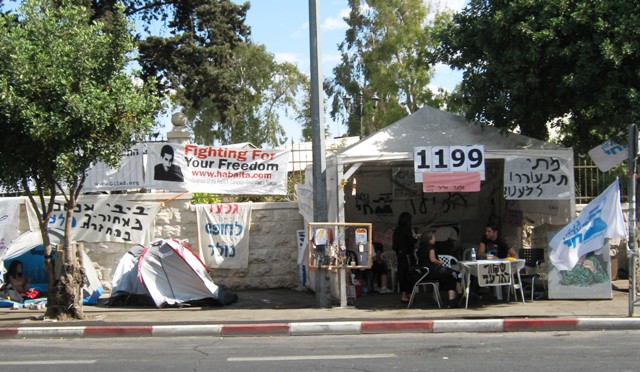 it was a simple affair, 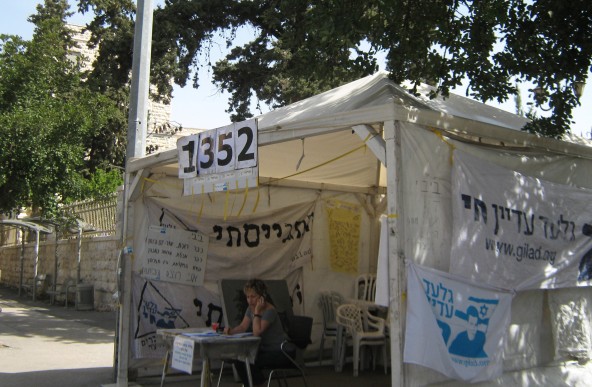 staffed with one or two volunteers 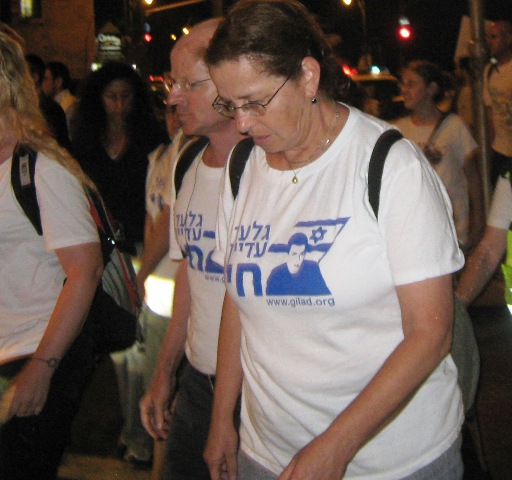 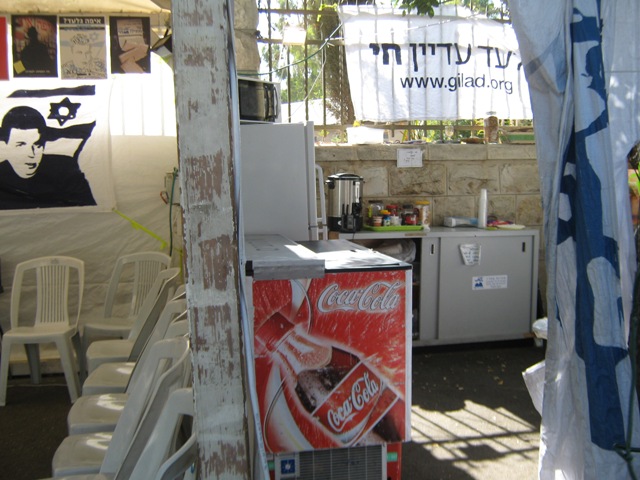 and took up “residence” in the tent and a small food area was added. 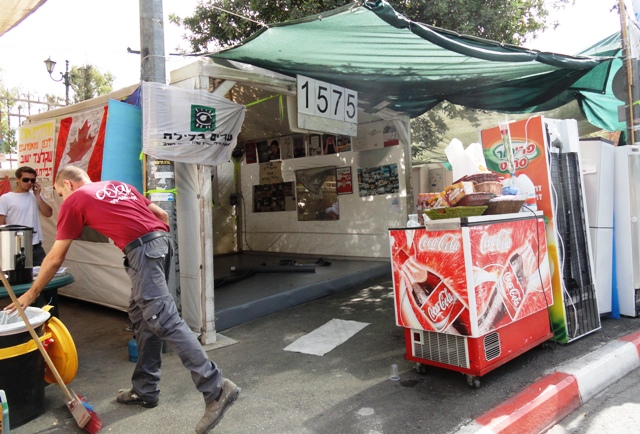 Real floors were installed on top of the sidewalks 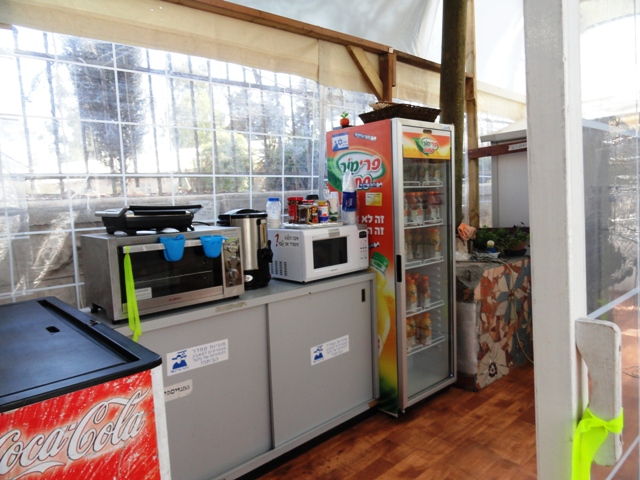 and the kitchen was upgraded. 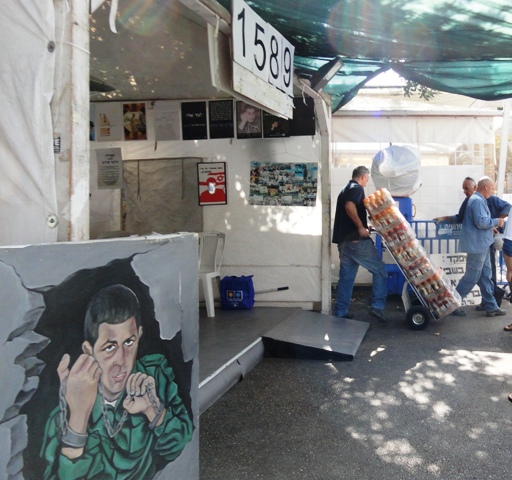 Deliveries to feed the growing numbers of workers were increased. 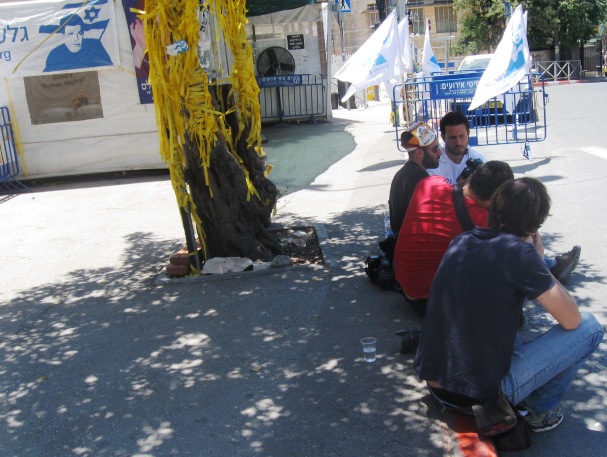 The numbers of yellow ribbons, flags and photographers increased. 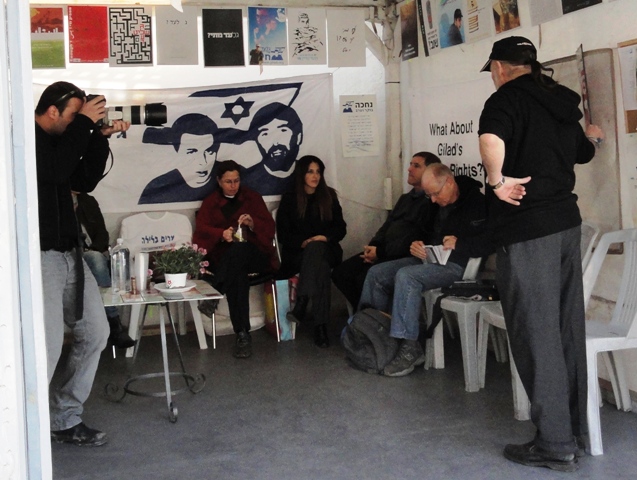 Being photographed inside the tent with the Shalits 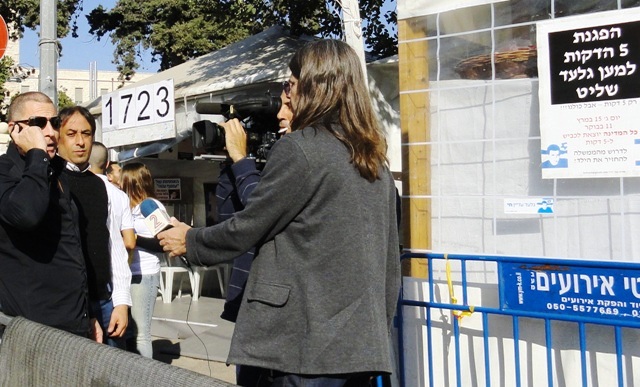 or broadcasting outside became a media priority. 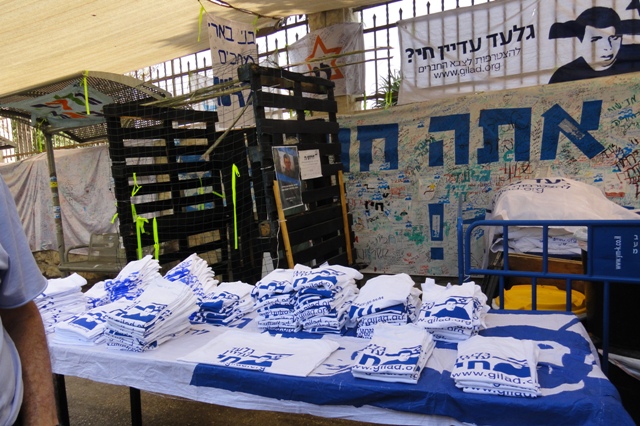 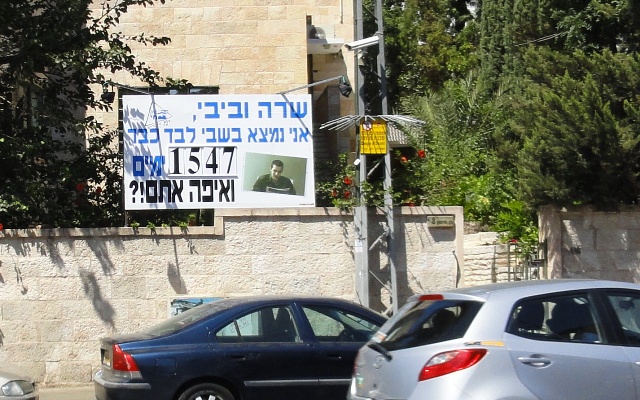 Additional signs were installed across the street. 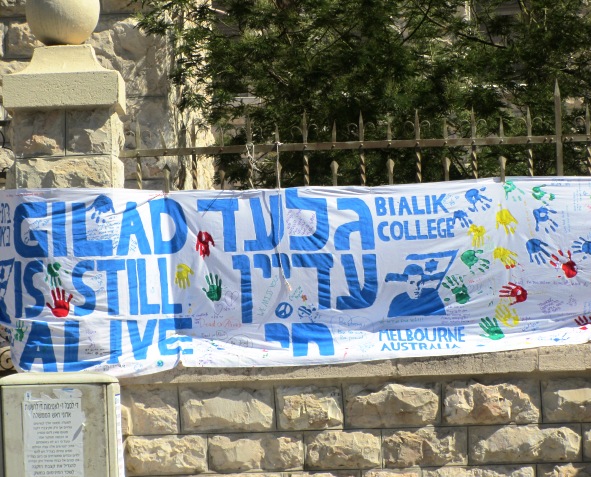 Schools from around the world posted signs of support

and were among the hundreds of busloads of visitors. 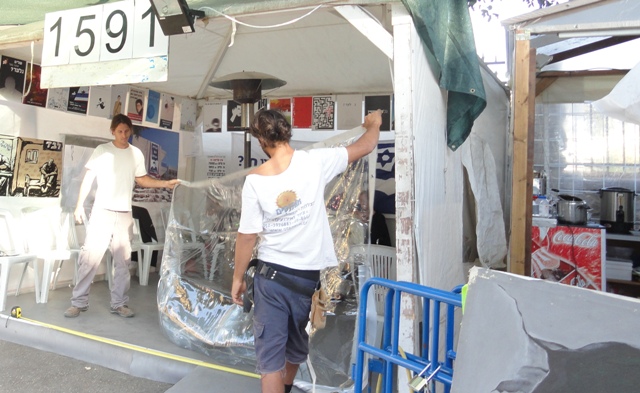 The tent was insulated for winter. 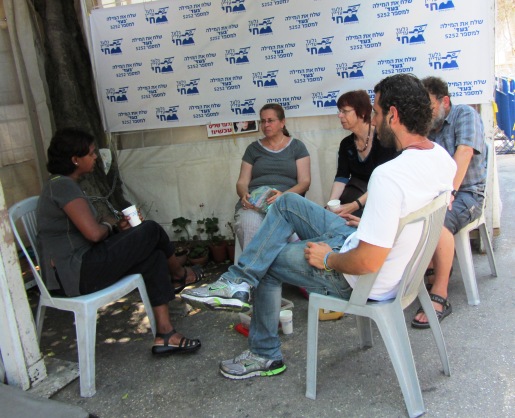 In the summer, sitting outside was often more comfortable to receive visitors. 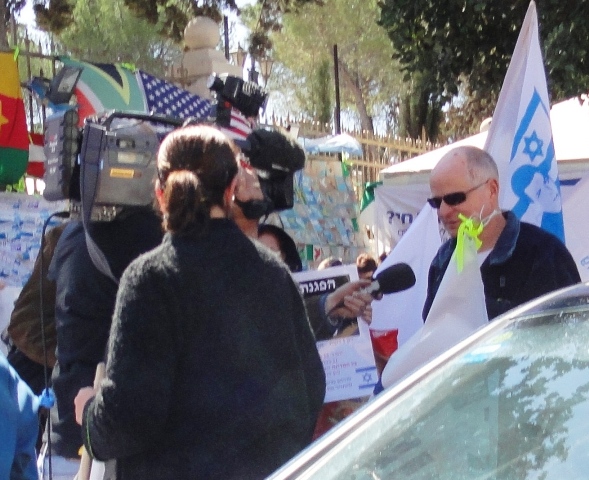 With the “5 minutes of silence for 5 years of  captivity” campaign,  Noam Shalit 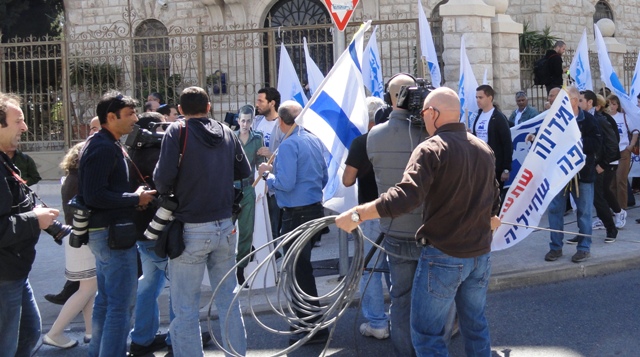 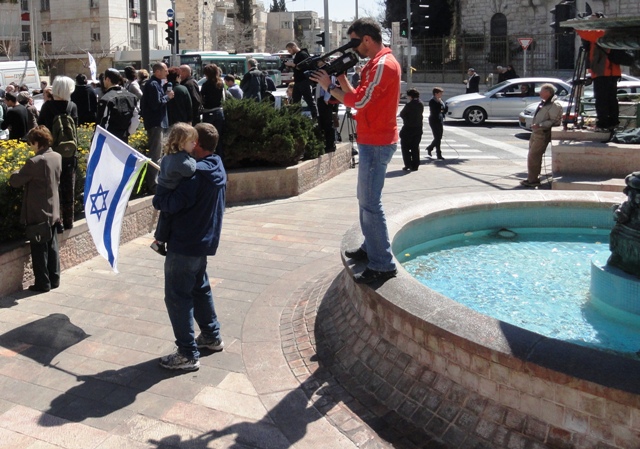 Dozens of photographers looked for a winning shot. 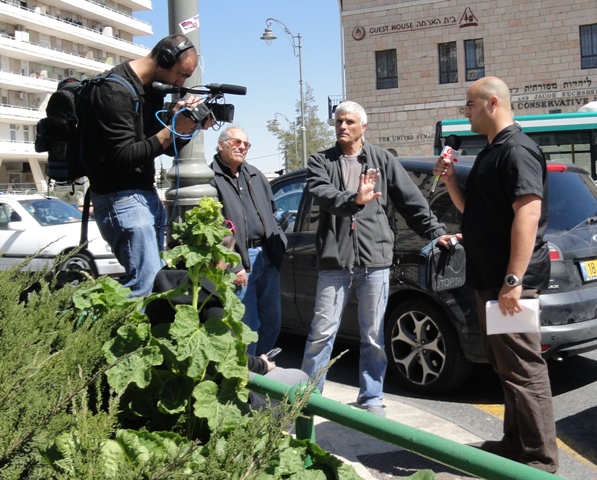 TV news did live broadcast as the busy intersection came to a stop. 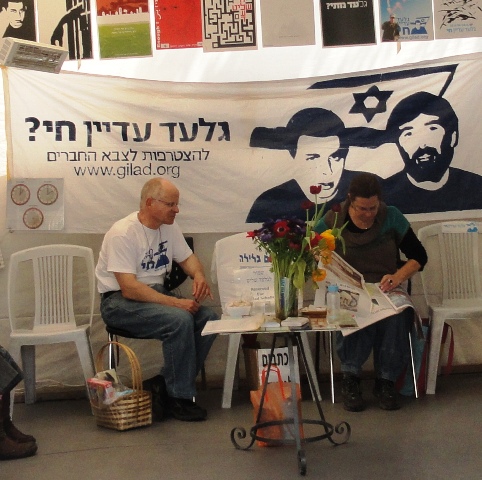 The next day the Shalits checked the papers to see how the event was reported. 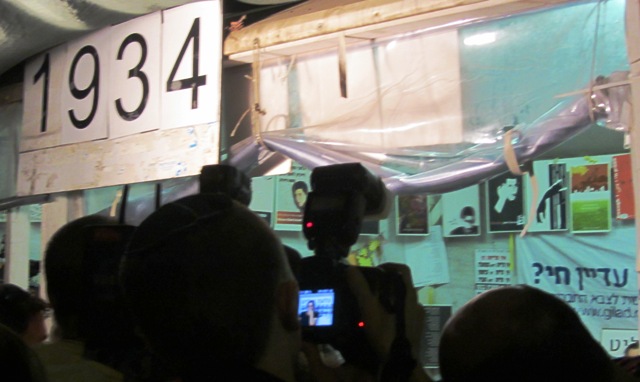 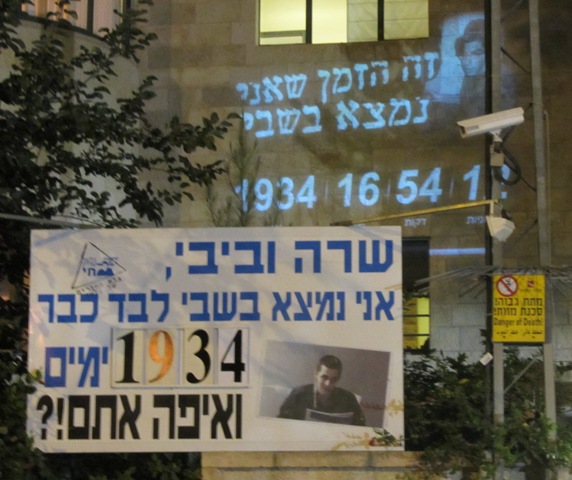 it was announced that a prisoner exchange had been agreed upon. 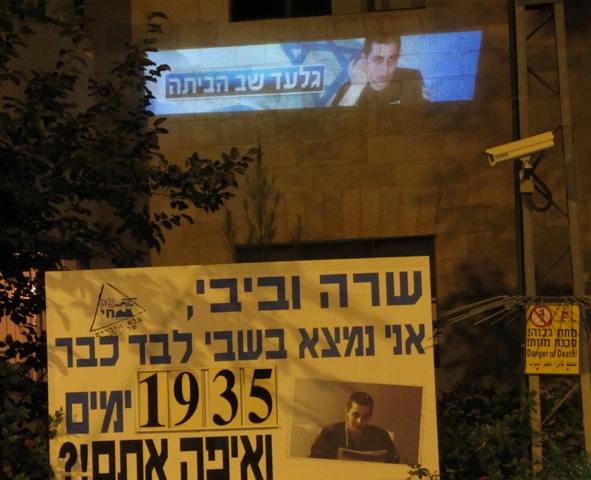 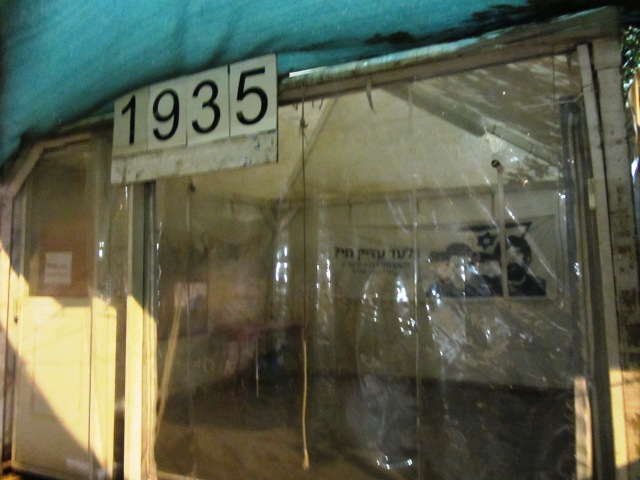 The family returned to their home, the tent was emptied and closed.

Today the Shalit family and much of the country is euphoric.

Everyone wanted Gilad Shalit home, after his 1941 days held in isolation in Gaza.. 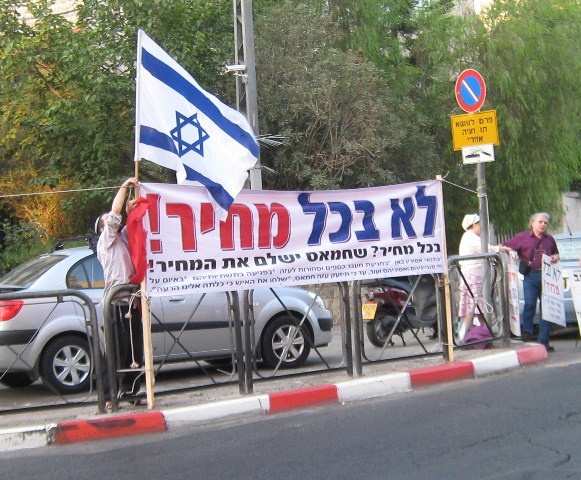 But there is another side of the street… at what price?

The counter protests were small, but sincere. 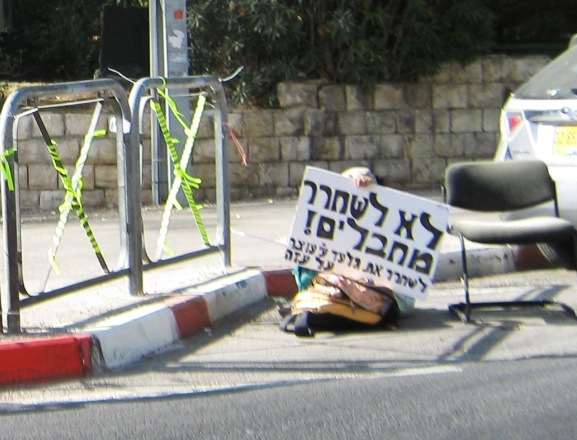 Is a deal that releases multiple mass murderers who are determined to kill again,

really good for the country?